ST. PETERBURG, Fla. – This wasn’t the way the season was supposed to end for the Tampa Bay Rowdies.

A year that began with aspirations of building on a strong playoff appearance a season ago and contending for USL Cup saw the side eliminated from postseason contention on Saturday night as a 2-1 defeat to the Charlotte Independence in the club’s home finale brought the curtain down on the season.

After another frustrating night that saw a late equalizer denied by an offside flag and Independence goalkeeper Brandon Miller make five saves that included a spectacular late stop to deny Sebastian Guenzatti as the Rowdies threw everything at their visitors in the final 15 minutes, the disappointment was evident as the team walked off its home field for the final time in 2018.

“Very tough, but this is football,” said Rowdies midfielder Joe Cole. “You have ups, you have downs, and you have to deal with the defeats as much as the wins with good character. You fight, you fight the other team, you fight the ref but after the 90 minutes it’s time to reassess, thank all the fans and everyone and try to get better, and that’s all that you can do.”

For Cole, the question is now whether he’s appeared at Al Lang Stadium for the final time in his career, but the former England international wouldn’t be drawn on what the future might hold. After a week that saw the Tampa Bay Rays’ ownership group purchase the Rowdies – a move that will take effect this offseason – Cole left all options on the table for the time being.

“We’re going to sit down with my family, probably in the next week or the week after and make a decision,” said Cole. “Wonderful place, I absolutely love it here, I love the fans, I love the people of St. Petersburg and I’ve got great friends here. It’s going to be a tough decision to make in the coming weeks and months.”

Certainly, the way Cole has embraced the St. Petersburg community was evident following the game. The 36-year-old remained on the field well after the final whistle signing autographs and taking photos with fans who might have seen his final home game in the Rowdies’ colors. After the disappointing end to this season, there’s a good argument to be made that Cole would want to return for one final hurrah instead of a season that ended on a down note. 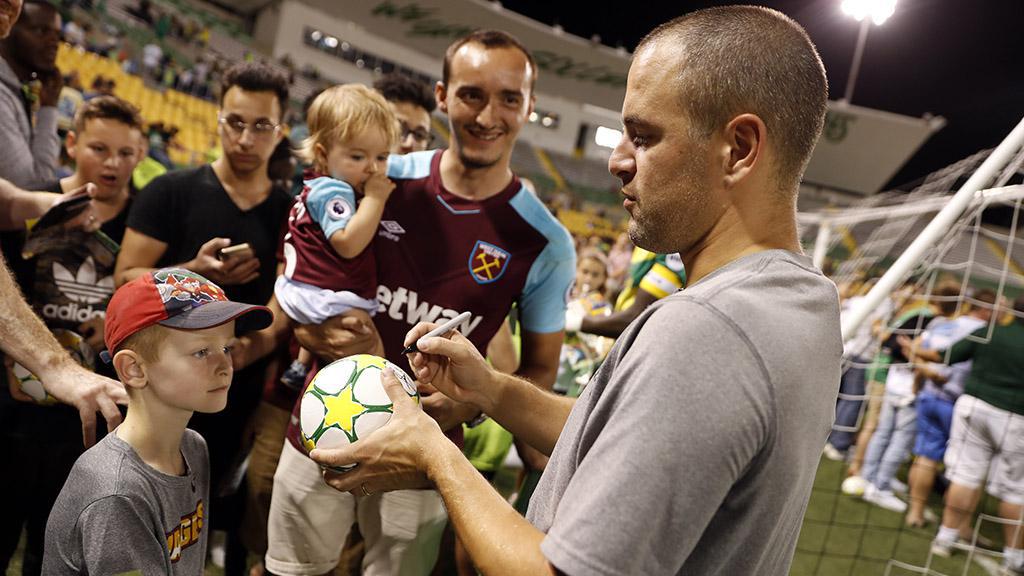 The Independence put paid to the Rowdies’ postseason hopes that had already been hanging by a thread after Tampa Bay’s midweek draw with ATL UTD 2 with a pair of elegant first-half goals that saw Kay Voser curl home a finish to the top-left corner in the 26th minute and a positive break forward six minutes later that saw Derek Gebhard turn home Cordell Cato’s low cross from the left at the near post.

The Rowdies got a response in the second half as Leon Taylor headed home with 10 minutes to go as the host threw everything into attack to try and salvage their season. Guenzatti seemed certain to score in the 86th minute with a free header from point blank range that Miller somehow smuggled away to safety, while Taylor hit the left post with a header in the final minute and Hunter Gorskie’s stoppage-time finish was ruled out by the offside flag.

All of that late pressure wasn’t able to make up for an opening 60 minutes that saw the hosts only really threaten Miller’s goal once in first-half stoppage time when the Independence goalkeeper came up with a good save to deny Taylor.

“It’s our own deficiencies that cost us tonight,” said Rowdies Head Coach Neill Collins. “I know what they are, and I will rectify them. I’ve rectified some of them in a short period of time and I promise our loyal fans, that we will have a team that will fight the way we did the last 30 minutes. We’ll have that fight. I can promise them that things will be a lot better next year.”

Next year will seem a long way away now for the Rowdies and their fans, with the offseason promising to be a very interesting one as the Rays’ leadership enters the scene with big decisions to make on the club’s direction.

But whatever the future holds, Cole will have left his mark on what he believes is one of the biggest names in American soccer.

“I love this club,” said Cole. “I’m having a great time here. Nothing’s for certain either way, we’ll just wait and try and make the right decision for everyone.”