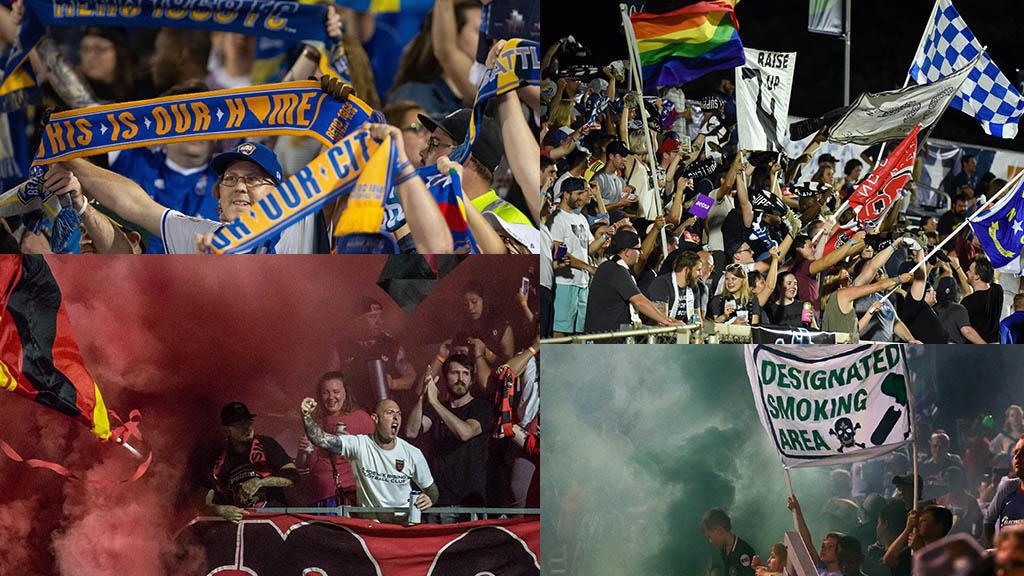 TAMPA, Fla. – The United Soccer League reached another attendance landmark for the 2018 season on Saturday night, as the league surpassed two million in total attendance for the season. The campaign has been one the biggest season in the organization’s modern era, as it continues to set a record pace for lower division attendance in North American soccer.

The league welcomed 98,511 fans over the course of Week 24 of the regular season and has now officially welcomed 2,074,401 fans throughout the first three-quarters of its regular-season schedule this year, with Saturday night’s final game between Las Vegas Lights FC and Fresno FC at Cashman Field the 420th game of the 561-game regular season schedule.

The league overall continues to raise the bar in both cumulative and average attendance across the board. The USL reached the two million attendance mark a season ago on Oct. 8, while this season it will reach that mark only days after it did the 1.5 million mark a season ago (Aug. 23).

“The sustained success our clubs have seen this year in the stands is a testament to the experience and hard work put in both by the leadership of clubs across the league, and by the outstanding staff at the league office that have helped build the USL into the league it is today,” said USL President Jake Edwards. “The response we’ve seen in new and historic USL markets from fans to the rising level of competition and organization throughout the league has been tremendous, and we are very excited to enter the final two months of the regular season with the race for the USL Cup Playoffs set to go down the wire.”

The United Soccer League reached another attendance landmark for the 2018 season on Saturday, August 24 as the league surpassed 2 million in total attendance for the season, with the league's fans having turned out in record numbers throughout 2018.

Saturday’s landmark arrives the week after FC Cincinnati made USL history for a third consecutive year, becoming the first club in the league’s history to pass 350,000 in total attendance on Aug. 18, as 27,142 fans were on hand at Nippert Stadium to see the top-three Eastern Conference clash between the hosts and perennial playoff contenders the Charleston Battery.

This weekend’s action saw strong crowds on hand across the country, with Reno 1868 FC welcoming a club-record crowd of 7,301 to Greater Nevada Field for its rivalry clash with Sacramento Republic FC, a sellout crowd of 8,856 fans on hand to see the key Eastern Conference playoff race contest between Nashville SC and Bethlehem Steel FC at First Tennessee Park and the highest-attended game of the season for the Richmond Kickers, as 5,869 were on hand to see the side host defending USL Cup holder Louisville City FC at City Stadium.

Elsewhere on Saturday night, Phoenix Rising FC continued its strong year at the turnstile, as it welcomed more than 11,000 fans to its two contests across the week, while San Antonio FC welcomed almost 7,000 fans to its clash with the Swope Park Rangers on Saturday night, and both the Tampa Bay Rowdies and Las Vegas Lights FC had almost 6,000 fans on hand for their respective contests.