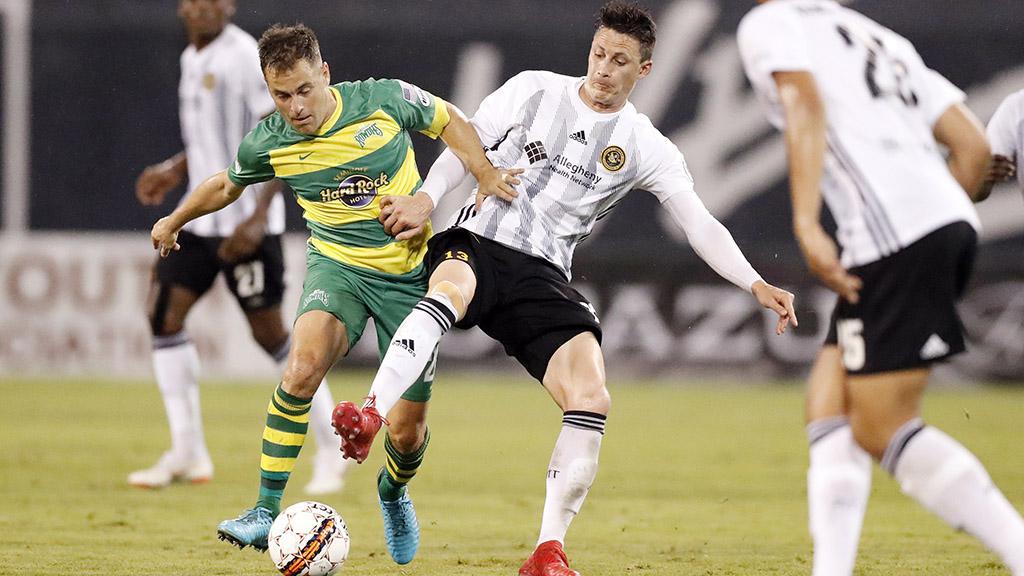 PITTSBURGH – Still sitting in second place in the Eastern Conference standings, Pittsburgh Riverhounds SC will look to end a run of four games at Highmark Stadium in its last five outings overall on a high note.

With the Hounds set to welcome a Tampa Bay Rowdies side that sits eight points outside the playoff positions to start the week, though, the hosts are under no illusion the state of mind its opponents will bring to Wednesday night’s contest (7 p.m. ET | Match Center | ESPN+).

“They’re desperate right now,” said Hounds defender Hugh Roberts. “They’re desperate to make the playoffs and they’ve been flying the last couple games. We know we have to stay organized defensively and we know they’re coming from grass and this is turf, so we need to use that to our advantage.”

The Rowdies had the past week off after suffering a 2-0 defeat to North Carolina FC on August 11, and the side has tried to use that break to build chemistry within a squad that has seen new faces arriving over the past few weeks. The most recent of those was goalkeeper Daniel Vega, who could be in line to make his first appearance for the side against the Hounds.

With Tampa Bay going from facing the second-place Hounds to first-place FC Cincinnati at Al Lang Stadium on Saturday night, the week is one that could make or break the club’s season, but there is still optimism within the club that it is capable of getting a result to kick things off in Pittsburgh. 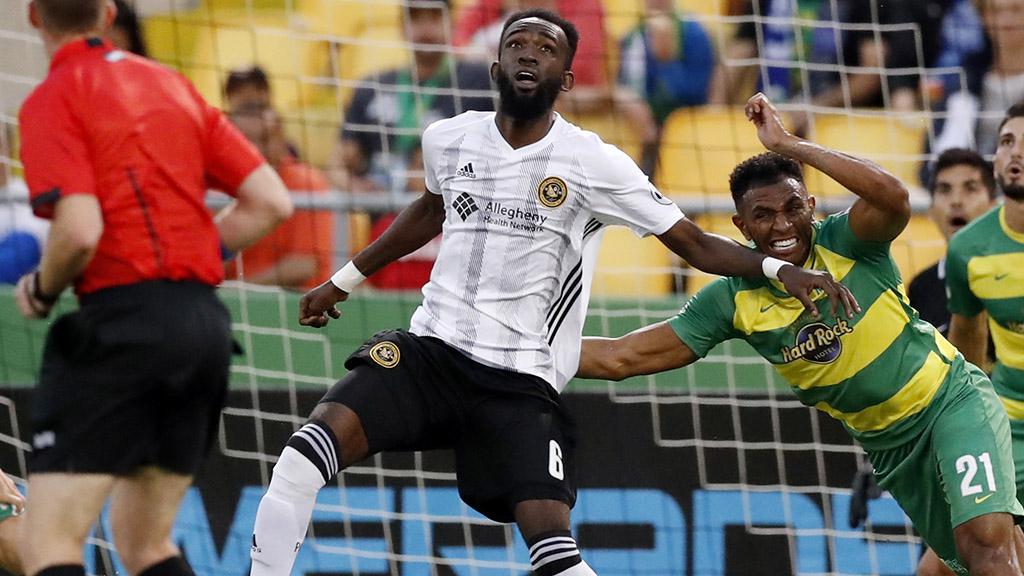 Hugh Roberts has been part of a rotating cast in Pittsburgh Riverhounds SC's defense this season that has recorded 15 shutouts going into Wednesday's game with the Tampa Bay Rowdies. | Photo courtesy Matt May / Tampa Bay Rowdies

“This little break gives us a little boost of energy coming up for these next two important games,” said Rowdies midfielder Leo Fernandes. “I think Wednesday will be a very good test for us, and I think we’ll come out with a positive result.”

The Hounds also underwent a recent change in goal, with Michael Kirk stepping in this past Saturday in the club’s 0-0 draw against the Charlotte Independence in lieu of the injured Dan Lynd. Kirk became the third Pittsburgh goalkeeper this season to record a shutout in the contest, with the Hounds having notched a league-leading 15 clean sheets overall this season.

That is just two off the USL’s modern era record of 17, set by the Rochester Rhinos in the 2015 regular season, and with Riverhounds SC having 11 games remaining in its regular-season slate it seems certain that the side will set a new mark in the record book as the group’s organization and depth makes life difficult for opponents.

“It talks to the cohesiveness and mentality we’ve installed since preseason – the next man up mentality,” said Roberts. “Every single person is ready every single day. We’ve had three different goalkeepers now and each are getting multiple shutouts. That speaks to us defensively and also to the keepers for being sharp and ready.”

As desperate as the Rowdies will be to take victory to breathe new live into their playoff chances, the Hounds plan to match them step for step.

“We make sure we stop them early,” said Roberts. “As soon as they cross half-field, we know to stay tight, make sure our lines are tight, make sure they can’t turn and they’re passing the ball backward every single time.”