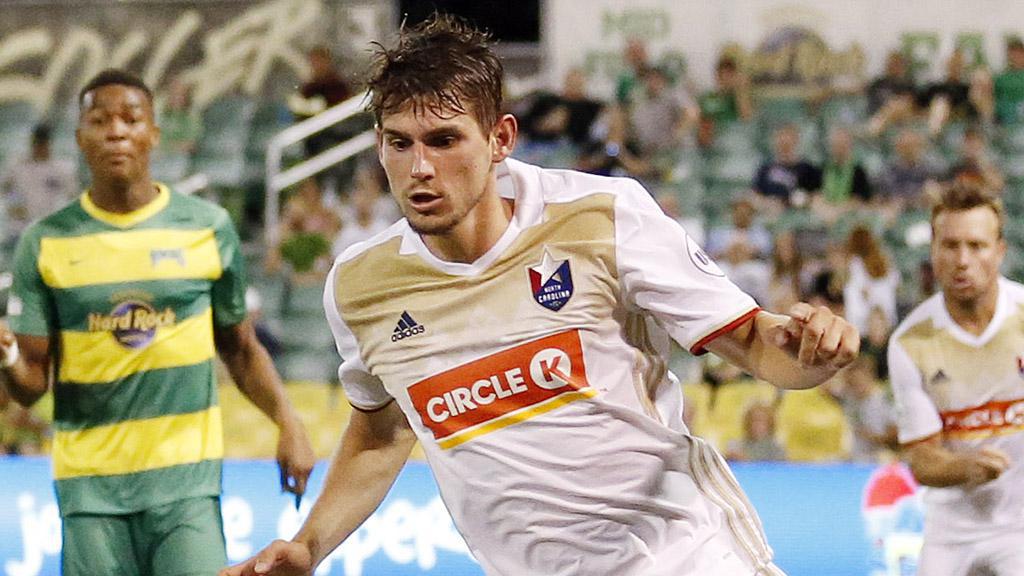 TAMPA, Fla. – Marcel Kandziora’s game-winning goal for North Carolina FC on Saturday night against the Tampa Bay Rowdies helped lift the visitors at Al Lang Stadium to a big road victory in its pursuit of a place in the 2018 USL Cup Playoffs, but it also gained a bigger significance league-wide as the 1,000th goal scored in the USL this season.

This marks the third consecutive year the USL has reached 1,000 goals in the regular season, with this year’s arriving at almost the same pace as last season. When Kandziora’s goal hit the net in the 65th minute, the 372nd game of the regular season was underway, putting it almost on par with 2017 when Orange County SC’s Monday Etim scored the 1,000th goal of the season in the 371st game of the season.

Etim’s goal, however, arrived on September 2, 2017, a measure of how far the USL’s size and schedule has grown in just a year.

Here are some more key facts and figures from the first 1,000 goals of the 2018 USL regular season.

529 – Unsurprisingly, right-footed goals made up more than half of the league’s first 1,000 finishes so far this season, with Orange County SC’s Thomas Enevoldsen having recorded 11 of his 13 goals in 2018 with his right peg, the most of any player in the league so far in 2018.

292 – The league has also seen some prolific left-footers in the scoring charts this season with 292 of the first 1,000 goals this season having come off the left foot. FC Cincinnati’s Emmanuel Ledesma and Tulsa Roughnecks FC’s Joaquin Rivas are tied for the league-high with eight left-footed tallies.

144 – Headed goals have often been the domain of defenders, and in the 144 headed goals that made up the first 1,000 goals this season two players from the back line are among the trio tied for the league-lead. Penn FC’s Ken Tribbett, Real Monarchs SLC’s Kalen Ryden and the New York Red Bulls II’s Brian White have all notched four headed finishes this season.

156 – The league’s players scored 156 goals from outside the penalty area, of which 32 came from direct free kicks, in its first 1,000 goals of the season. Four players are tied for the league-lead with four tallies from outside the penalty area – Cameron Lancaster (LOU), Efrain Alvarez (LA), Emmanuel Ledesma (CIN) and Kyle Greig (STL) – while Fresno’s Juan Pablo Caffa has been the leading dead-ball marksman with three goals from free kicks in 2018.

8,866 – Given the range of players competing in the USL, 8,866 is the number of days that separate the date of birth of the league’s oldest goalscorer this season – Phoenix Rising FC’s Didier Drogba, born March 11, 1978 – and the league’s youngest goalscorer this season – the LA Galaxy II’s Efrain Alvarez, born June 19, 2002. In broader terms, that’s a difference of 24 years, three months and eight days, which is the precise age Drogba’s Rising FC teammate Kody Wakasa – born May 6, 1994 – will be in two days.