Defensive midfielder has made more than 75 appearances for Galaxy, Galaxy II 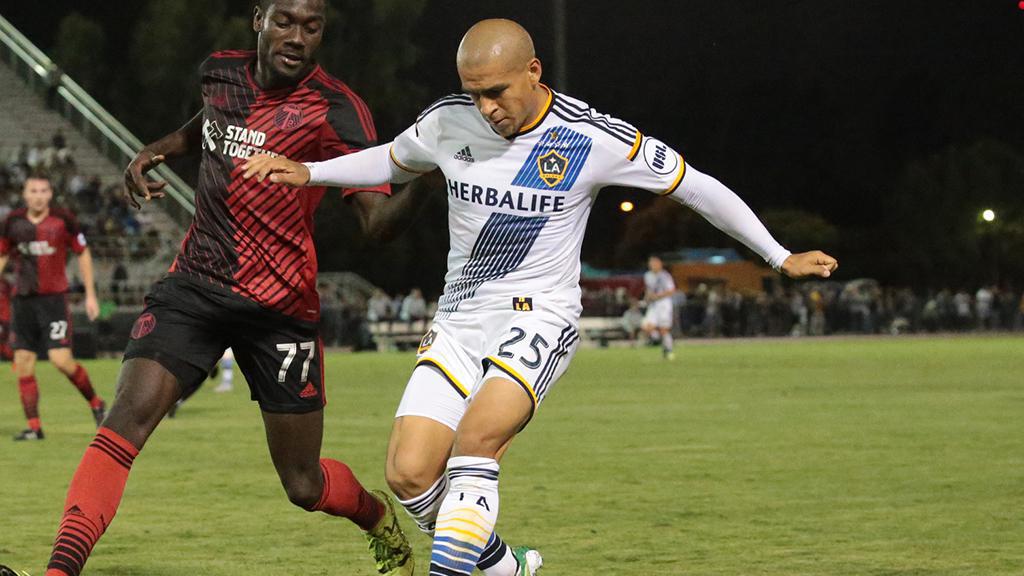 LAS VEGAS – Las Vegas Lights FC announced on Friday it had bolstered its midfield with the signing for former LA Galaxy midfielder Rafael Garcia for the remainder of the 2018 season. The signing is pending league and federation approval.

The 29-year-old defensive midfielder, originally from Granada Hills, Calif., joined MLS side LA Galaxy in 2012, and was with the franchise through 2017. During that time, he made 45 MLS appearances, helping the club as it claimed MLS Cup in both 2012 and 2014.

“Rafa is a unique player, because he is experienced, but also has the hunger of a younger player,” Lights FC Technical Director Chelís said. “That is why he'll be very important for us in this final part of the season. He is a hard-working, holding midfielder, and I'm sure that he will never stop during the minutes he plays. He will give maximum effort for this team.”

Garcia also made 34 appearances over that span on loan for the LA Galaxy II in the USL, recording almost 3,000 minutes of action in the league. He is the second former Galaxy player to join Lights FC over the course of the summer joining Raul Mendiola, who has recorded five goals in 10 appearances for Las Vegas, including the first hat trick in the club’s history.