CINCINNATI – With only six appearances and one start this season prior to Saturday night, Tucker Hume’s appearance in the starting lineup for Nashville SC against FC Cincinnati might have seemed a choice that was slightly out of left field by NSC Head Coach Gary Smith.

After the 6-foot-5 forward put in a big display that was capped by his game-tying goal with five minutes to go in a 1-1 draw before a crowd of 27,426 fans at Nippert Stadium, however, it ended up proving a masterstroke in a performance the visitors were rightfully happy with.

“I thought before the game that with the physicality of Cincinnati, that Tucker would give us a better platform to play off,” said Smith. “If we are going to go that route, and for him to be a real threat in behind, then he needs somebody with more pace and that is why Alan [Winn] started. We needed a new focus and something else to attack.”

Hume ended the night with three key passes in addition to his goal, which he fired home from the edge of the penalty area to ensure the visitors took something home from a contest in which they outshot Cincinnati 19-4. The result continued the pattern that Nashville has shown so far in its inaugural professional season of being able to stand up to the top clubs in the Eastern Conference, with the side now having lost only once in seven games against the current top four in the standings.

For his part, the second-year forward was delighted to come through for his side in one of its biggest games of the season so far. 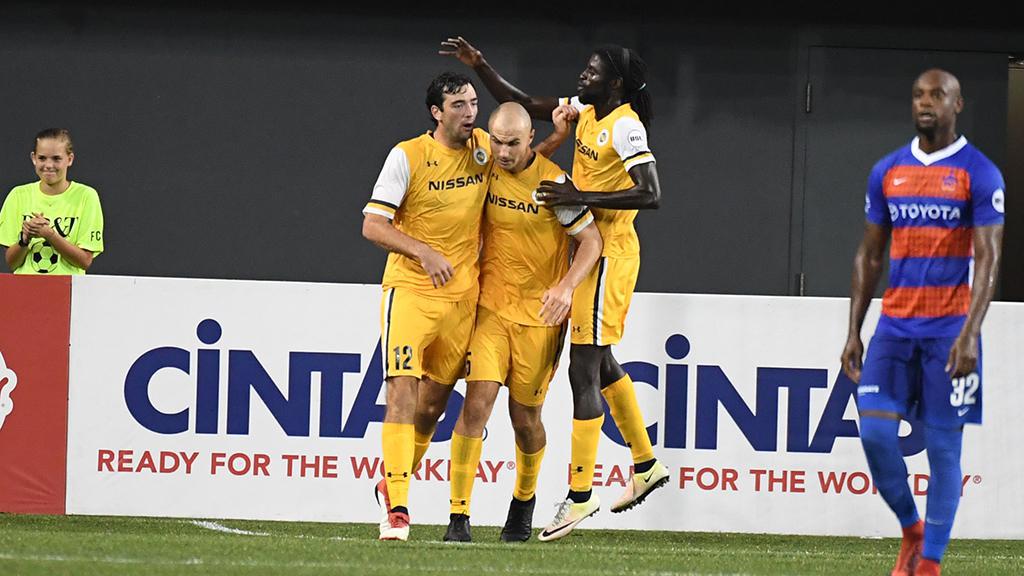 “I was fortunate enough to get a start and you know it was a big opportunity and a big occasion – top of the league, away at Cincy, unbelievable atmosphere,” said Hume. “So thankful to be able to hit the back of the net and get a great result on the road.”

“The thing I am pleased about most of all is that he has not had a lot of playing time and he had the attack and pace to get into the game,” added Smith of Hume’s performance. “That’s a testimony to the way he has looked after himself and that he has kept himself ready for the moment. Now I have some big decisions. We go back home next week where our form has been very good. Tucker Hume is now suddenly at the front of my mind.”

DAVIS HITS NO. 50: As a three-time USL All-League selection, George Davis IV has been one of the mainstays in the league’s modern era, so it was a special moment for the veteran midfielder to notch the 50th regular-season goal of his career on Sunday evening as Louisville City FC played to a 2-2 draw with Indy Eleven in front of a crowd of 8,437 at Slugger Field.

“Longtime coming,” Davis joked. “No, it’s an honor to score 50 goals and to be able to play for as long as I have. I’m just delighted that I still get to go out and play the game that I love. The goals come, and the goals are great, but we want to win and that’s what’s most important to me.”

Louisville and Indy both had chances to pick up all three points on the day in what was one of the most compelling contests of the weekend. Davis’ goal leveled the score just before the hour-mark, but the hosts had to count on goalkeeper Greg Ranjitsingh to come up with a big penalty-kick save to deny Indy’s Eugene Starikov with 17 minutes to go to avoid falling behind for a third time. 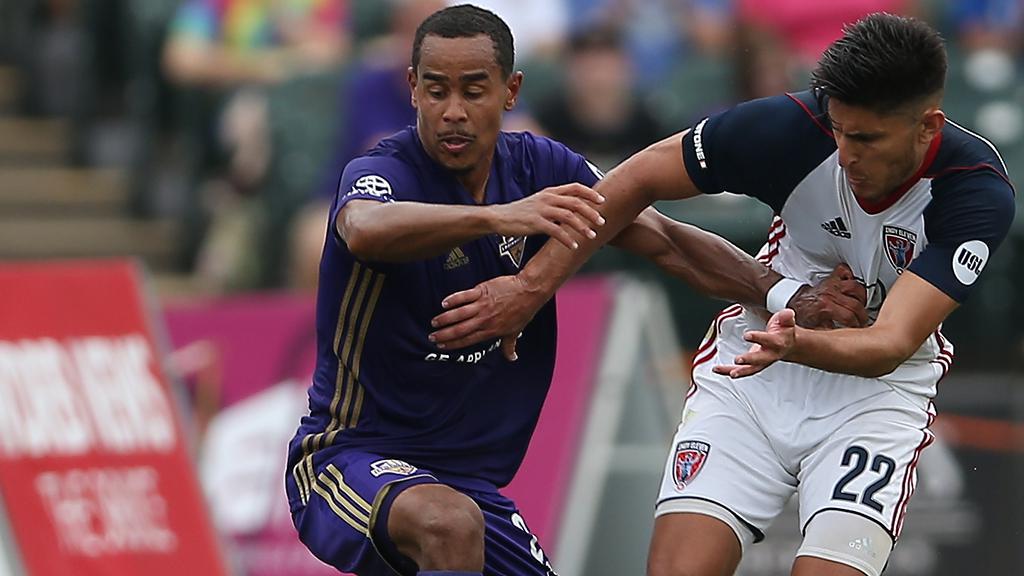 After having had Indy goalkeeper Owain Fôn Williams record a penalty save of his own in the fifth minute on Brian Ownby, Louisville player-coach Luke Spencer was pleased, but not surprised, to see Ranjitsingh come through.

“For one, he’s extremely athletic,” said Spencer. “He’s been practicing for years and years and he’s good at reading the ball. Definitely in PK situations, we fancy what Greg [Ranjitisngh] can do and he showed why today.”

BIG NIGHT FOR NANA: Ottawa Fury FC’s clash on Friday night with the Tampa Bay Rowdies had the feeling of a playoff six-pointer at TD Place, the sort of game where someone unexpected might be needed to come through to lift the side to the victory.

For Fury FC, that unexpected contribution came from defender Nana Attakora, whose finish of Kevin Oliveira’s free kick eight minutes into the second half was one any of the club’s forwards would have been proud of in Ottawa’s 2-0 victory.

“I joke with these guys all the time – if I was a striker, I would be the leading scorer!” said Attakora “We’ve had a ton of set pieces that Kevin and [Cristian] Portilla have been delivering good balls but we just haven’t been on the end of them, so it was good today that we caused Tampa Bay a lot of problems.”

Fury FC has now won three of its last four contests to move into the top eight in the Eastern Conference, edging out Bethlehem Steel FC on the total wins tiebreaker as the clubs move into a pair of important midweek matchups in the next two days. As tight as the playoff race continues to be, though, putting strong performances in is the focus for Fury FC Head Coach Nikola Popovic.

“I think we have to focus on performance, I think it’s too early to be worried about the standings,” said Popovic. “Of course, it is important to qualify for the playoffs, but at this moment I’m much more concerned about seeing good football, players developing, and a lot of Canadian talent on the pitch.”

AROUND THE EAST: Both North Carolina FC and the Charleston Battery seemed happy enough to finish with a point after a 0-0 draw on Saturday night at Sahlen’s Stadium at WakeMed Soccer Park, with the result seeing the Battery’s undefeated streak extend to nine games. “I thought we had a better chance to win tonight than the last time we were here,” said Battery Head Coach Mike Anhaeuser. “That’s how I try to look at it. This is a difficult place to play.” … Pittsburgh Riverhounds SC goalkeeper Dan Lynd only had to make two saves to record his 11th shutout of the season, but he came up clutch in stoppage time to deny a good header by Toronto FC II’s Shaan Hundal that preserved a 1-0 win for the Hounds. “Sometimes the toughest games are where you don’t have to touch the ball very often for 80 minutes,” said Lynd. “Then you have to come up with a big play in the last 10. That is a part of the position, to always be ready.”