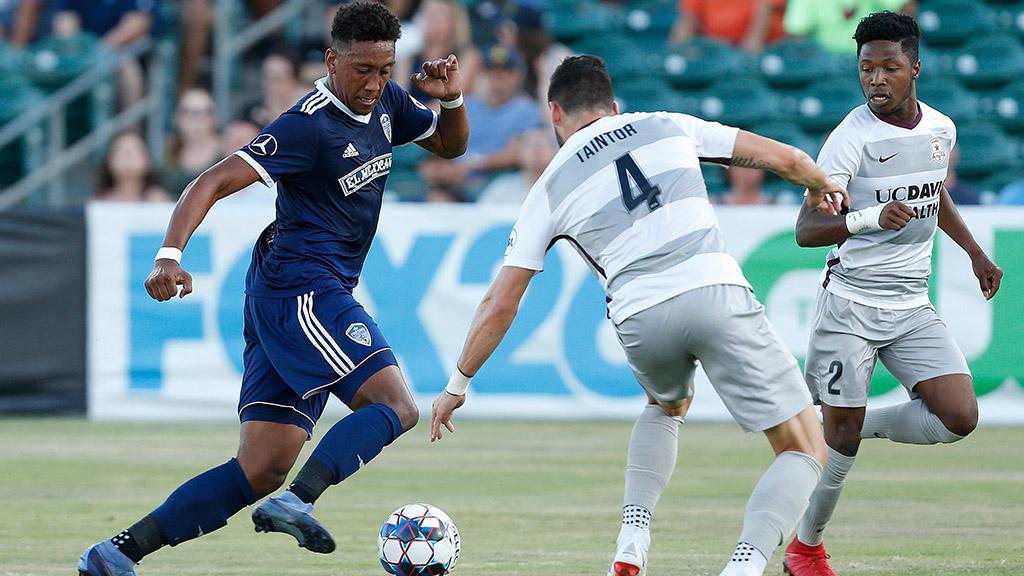 FRESNO, Calif. – With the first two editions of the Highway 99 Derby having been played at Fresno FC’s Chukchansi Park, the third and final meeting between the Foxes and Sacramento Republic FC on Saturday night won’t just be for bragging rights between the two Northern California clubs, but will also see the return of a number of familiar faces to Papa Murphy’s Park (11 p.m. ET | Match Center | ESPN+).

For current Fresno forward Christian Chaney, it’s a game he’s been looking forward to since the schedule was announced at the start of the year.

“I’ve been kind of itching to play in that stadium once I left it last season,” said Chaney “There’s definitely something bittersweet to going back over there and being in the opposing locker room and getting in front of that fans who were actually really good and supportive of me when I was there, but you know I want to bring this win back home for Fresno.”

Arguably the person with the biggest connection to Republic FC within the Foxes’ organization, though, is Head Coach Adam Smith, who was part of the club’s coaching staff for its first four seasons before heading to Fresno to lead the club’s inaugural season this year. But while there’s a certain resonance to the rivalry for Smith, it takes a backseat to the necessity for his side to take all three points as it fights for a place in the USL Cup Playoffs.

“You know, it’s a derby game and it’s your old team, but every game is a [USL] Cup game for us right now,” said Smith. “Yeah, there’s a little bit more of a spice to it, of course, and it’s [the series] tied at one this season. They won the first one and we won the second one, so I suppose for bragging rights, whoever wins this one gets the rights this year. But, at the end of the day, we’ve got two very good teams out there: ourselves and Sacramento. They are a very good team, so it is going to be a good game of football and that’s what the crowd are going to want to see.”

OKC READY TO START NEW STREAK: With an eight-point gap to make up on the top eight in the Western Conference standings in the final 12 games of the regular season, OKC Energy FC heads into this Saturday’s contest on the road against Colorado Springs Switchbacks FC at Weidner Field (8 p.m. ET | Match Center | ESPN+) knowing it needs to immediately bounce back from its defeat to San Antonio FC in its last outing.

Having gone eight games undefeated prior to that defeat, though, the side remains optimistic it is capable of just that. Having reached the USL Cup Playoffs in each of the past three seasons, though, the danger that the side will miss out on the postseason for the first time since its inaugural season is certainly out there. 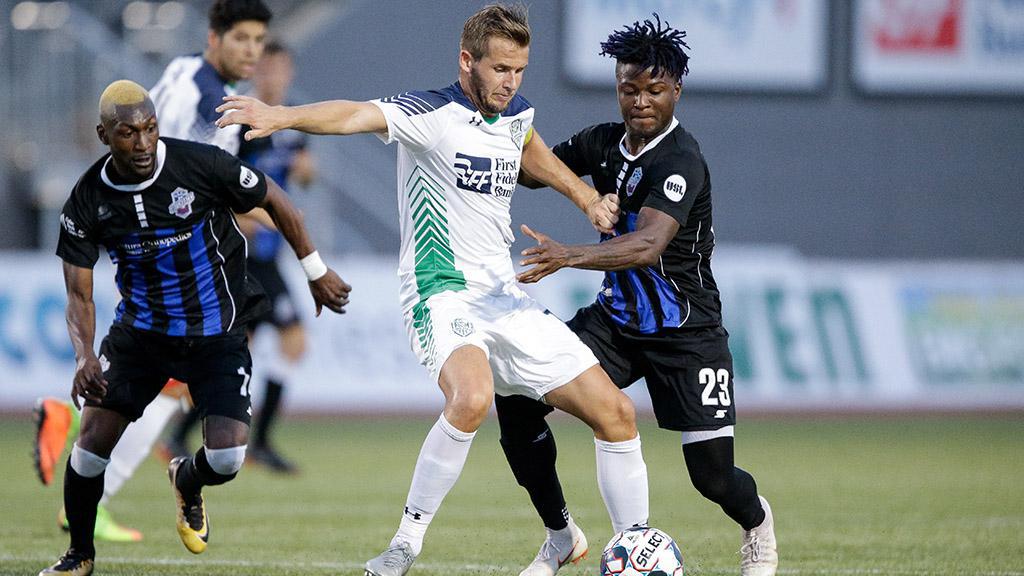 “We had a good run, picking up much needed points at home and some points in difficult places to play like Sacramento and San Antonio,” said OKC midfielder Callum Ross. “But Razz [Philip Rasmussen] said after the game that now is an opportunity to make a new streak.  We’re going to Colorado this weekend with a chance to put things right and keep pushing for playoffs.”

Energy FC took a 1-0 victory in the first meeting between the teams this season on May 19 before playing to a 1-1 draw in their last meeting on July 7. With the Switchbacks coming off back-to-back road defeats, and in danger of missing out on a place in the playoffs as well, Energy FC Head Coach Steve Cooke is expecting another tight battle between the two sides.

“I think Colorado Springs is one of the most consistent, hard-working teams in the league,” said Cooke. “I think they are always a tough team to play against because they’re always very organized and they have a couple different ways to hurt you.

“I think we have to be very careful, especially playing them at home. I think our team will be prepared and be positive about our game plan.”

SAFC FOCUSED FORWARD: With the club’s three consecutive victories having moved San Antonio FC into the playoff positions in the Western Conference there could easily be an easing off from the gas pedal this Saturday night when the LA Galaxy II visit Toyota Field (8:30 p.m. ET | Match Center | ESPN+).

According to SAFC’s versatile veteran Ryan Roushandel, though, the team is aware that as tight as the battle for playoff positions remains there can’t be any letup in the way it approaches its next two outings.

“We need wins, so the urgency is there,” said Roushandel. “We know we need points and we want to win, especially at home, so the guys have really raised their level over the past week. We’re paying more attention to detail and we’re doing it as a team. We had about 20 different guys play over our three matches last week, so that shows the depth we have and the trust we have in each other to get results.”

San Antonio was held to a 0-0 draw by Los Dos when the teams met early in the season, but since then the Galaxy II’s attack has become much more potent and could provide a test for San Antonio’s defense. While sitting 14th in the Western Conference, the Galaxy II are fifth in the USL with 36 goals this season, an average of 1.7 goals per game.

“LA has a very talented team and is very well-coached, so like any other game in this league, we’ll have to work extremely hard,” said SAFC Head Coach Darren Powell. “They’re a very tough team and we expect both teams will have to fight to earn the points on Saturday.”

AROUND THE WEST: Having suffered two narrow defeats on its road trip to Texas, Colorado Springs Switchbacks FC midfielder Luke Vercollone said the side is using that as motivation to rebound on Saturday against OKC Energy FC. “We use the disappointment of the road-trip to motivate us this weekend,” said Vercollone. “We need to take it one game at a time, but we need to play with a little more urgency. OKC are a good team, they’ll be tough. But we need to worry about ourselves and take advantage of being at home.” … Most players are disappointed when they’re not named in the starting lineup, but Saint Louis FC’s Wal Fall used his position as a second-half substitute to great effect in the side’s victory against Reno 1868 FC last Saturday. “I was not happy to start on the bench, but every player has their job and I knew when I came on that I would have to change the game,” said Fall, who was named to the USL Team of the Week on Tuesday. “I got clipped in the box and wanted to take the penalty and I just hit it hard and low to get us back into the match.”