Washington’s Winner Worth the Wait for Nashville

NASHVILLE, Tenn. – Exactly two years and four months after he made his professional debut for Bethlehem Steel FC on March 25, 2016, a moment that had been a long time coming for Taylor Washington finally arrived.

And, for Nashville SC, it couldn’t have come at a better moment.

Washington’s first professional goal electrified a crowd of 8,729 fans at First Tennessee Park and earned NSC a 1-0 victory against ATL UTD 2 on Wednesday night, solidifying the club’s spot in the USL’s Eastern Conference playoff positions as it broke a three-game winless streak on the 24-year-old’s tally 10 minutes from full time.

“It’s a great feeling,” said Washington. “As soon as I saw Ish [Jome] get the ball, I know what he does. He takes people one-versus-one on the end line, and he put in a great ball, and Brandon made a great run and was able to sort of dummy it, and I was in the right place at the right time, thank God. It took me three years, but I’m happy and very pleased. I’m extremely happy we were able to get a win because we needed it.”

Conventionally a left back – he had recorded only one shot on goal a season ago for Pittsburgh Riverhounds SC – Washington came on with 16 minutes to go for attacking midfielder Alan Winn and tried to add to Nashville’s impetus down the flank. That paid off in the 80th minute when Ish Jome created a yard of space on the right and sent a low cross across the top of the six-yard area. Under pressure, Brandon Allen was unable to make a clean finish at the near post as he let the ball slide through, which allowed Washington to capitalize as he crashed in from the left side of the penalty area.

“The key was always going to be how do we find a breakthrough,” said Nashville Head Coach Gary Smith. “Clear-cut chances were always going to be at a premium. In the end, of course, absolutely delighted that Taylor can seal the deal. But, I genuinely felt we were the better side. We created the better chances and I’m very, very pleased in the conduct of the group again.” 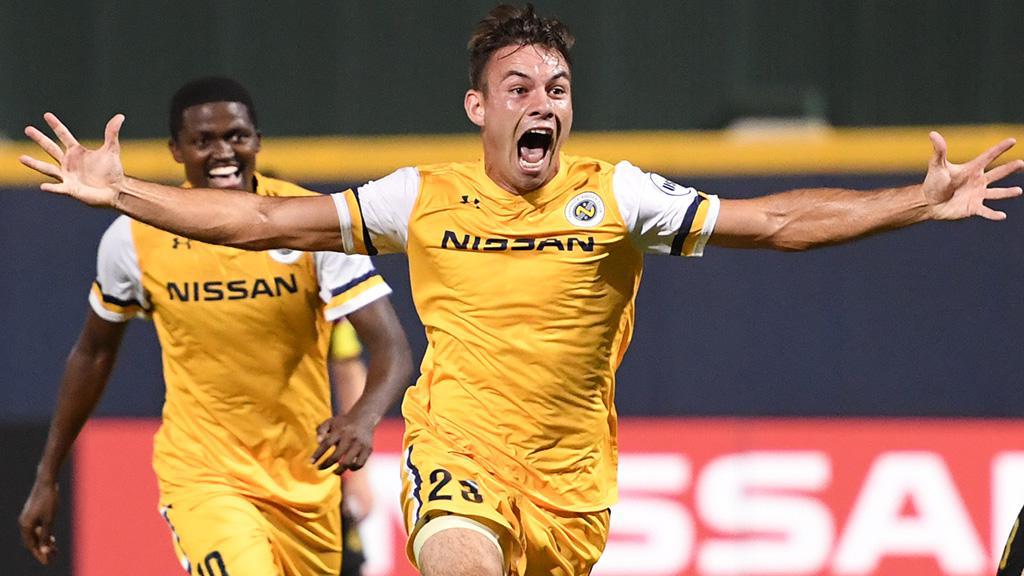 Nashville SC's Taylor Washington celebrates his first professional goal, which arrived in his 75th game in the USL and handed his side a 1-0 win against ATL UTD 2. | Photo courtesy John Wilkinson III / Nashville SC

Washington wasn’t the only player to step into the limelight on Wednesday night, with goalkeeper C.J. Cochran also called upon with Matt Pickens having suffered a minor knock that saw him held out of the contest. Having performed well earlier this season when making five appearances on loan with Fresno FC, Cochran put in a solid display in his debut for Nashville as he picked up his second shutout of the season.

“You can train all you want, but in the middle of the season just jumping in can be quite difficult, so to get those games and some wins out there really helps out coming back out here,” said Cochran. “It’s unfortunate that Matt gets injured, but you know it’s part of the game. We’ve had a few to deal with this game, so the next man steps up and gives it his all.”

As Cochran played his part, so did Washington, who logged 75 games and almost 6,000 minutes of action prior to his first big moment in the sun. As he grows into a newer, more advanced role than in his previous two seasons in the league, the New York native is eager to provide whatever his side needs as it pursues a place in the 2018 USL Cup Playoffs.