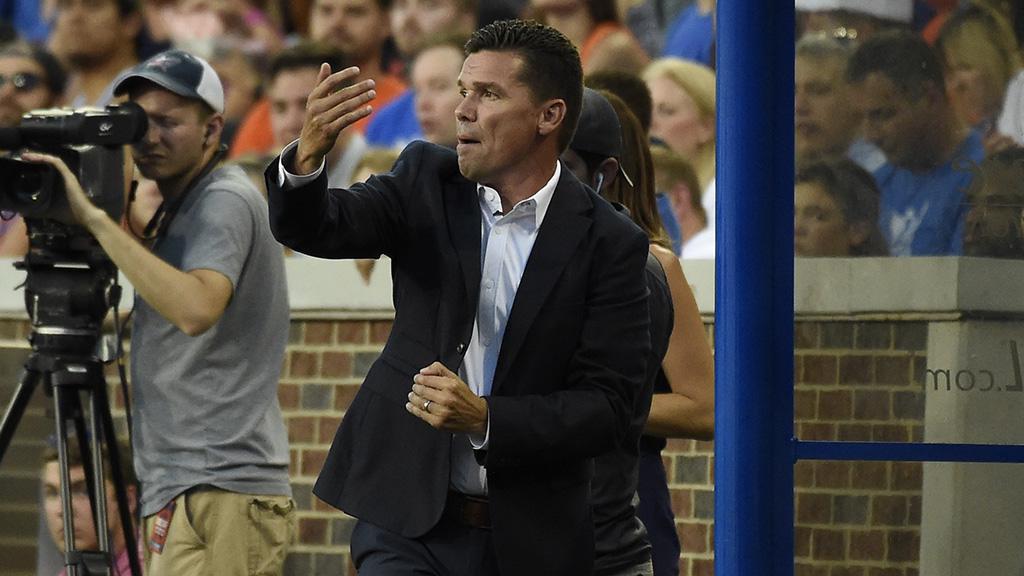 CINCINNATI – FC Cincinnati announced on Wednesday it had extended the contract of Head Coach Alan Koch one year through the 2020 season. Already under agreement for the team’s inaugural Major League Soccer season in 2019, FCC extended Koch another season after his success in his first 18 months at the club’s helm.

In one-and-a-half seasons as Cincinnati’s head coach, Koch has led Cincinnati to a 25-13-15 record in USL regular-season play. The team currently sits atop the overall USL standings with a 13-3-5 mark and 44 points, nine points ahead in the Eastern Conference and three points in front of Western Conference leader Real Monarchs SLC (41pts).

“We’re so pleased that Alan has committed to our club for the extended future,” Managing Owner and CEO Carl H. Lindner III said. “He is a proven winner and brings so many strengths to our club, including a passion to our Cincinnati community and our fans. It’s been a pleasure to watch him meticulously rebuild our team and foster a new culture over the last two seasons. He’s created a championship mentality in the locker room and we’re excited to know he’ll bring the same enthusiasm and structure to our MLS team as we transition this offseason.”

“Alan is a difference-maker and a winner, and we’re excited to know he’ll guide us into our future in Major League Soccer,” President and General Manager Jeff Berding said. “We’re thrilled for what he’s produced on the field, leading us to the best record in the USL, a semifinal appearance in the Open Cup and a stellar record against MLS opponents. He has an immense dedication to make our club the pride of the Greater Cincinnati region.

“Alan has embraced our ambition to win championships while also engraining an inclusive and supportive culture in the locker room. With Alan leading us, we’re excited about our chances to win a USL Cup Championship this season as we prepare for our move to MLS.”

“I’m incredibly grateful to Carl Lindner, our ownership group and Jeff Berding for the opportunity to continue to lead our club in to MLS,” Koch said. “This is an incredibly exciting project and, year-after-year, we continue to put the blocks in place to build something even more special. I look forward to finishing off our USL era in style while simultaneously building our club for our next adventure next season.

“I’d also like to thank the FC Cincinnati fans for their support and passion for our club. We would not be where we are today if we did not have the remarkable support of the Greater Cincinnati community.” 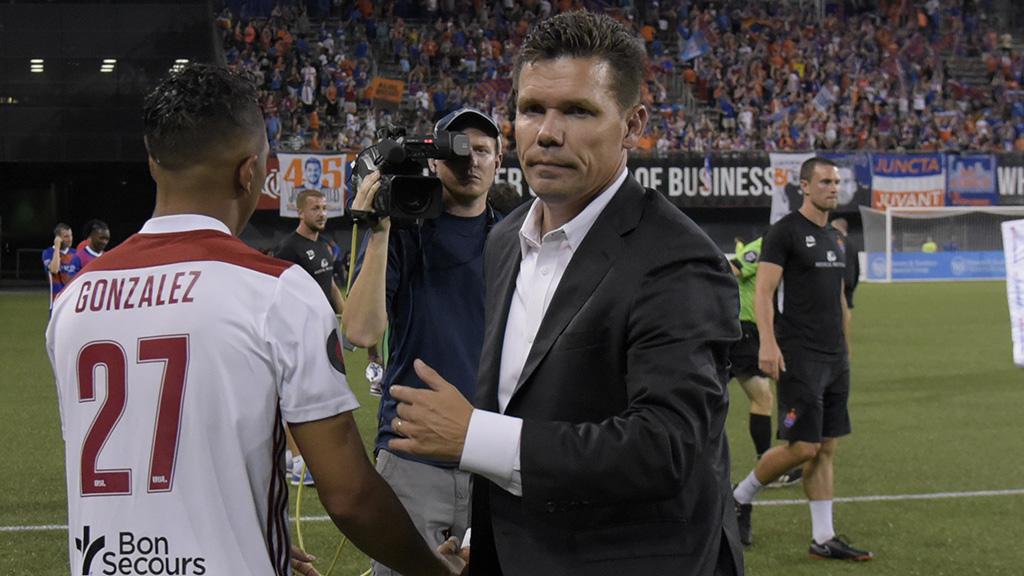 Koch has led Cincinnati to the top of the USL's Eastern Conference this season, with the club having already surpassed its 2017 win total with 13 games to play in the regular season. | Photo courtesy Brett Hansbauer / FC Cincinnati

In his first season as the FCC skipper in 2017, Koch guided the squad to a 12-10-10 record and a USL Cup Playoffs appearance. Additionally, he led Cincinnati on a historic run to the semifinals before record-breaking crowds in the 2017 Lamar Hunt U.S. Open Cup. Cincinnati topped a pair of MLS opponents – Columbus Crew SC and the Chicago Fire – en route to an extra-time loss to the New York Red Bulls in the semifinal round.

Koch originally joined the FC Cincinnati staff in December 2016 as Assistant Coach and Director of Scouting and Analytics. He was later promoted to Head Coach in February 2017.

Prior to his arrival in Cincinnati, Koch spent two seasons as the Head Coach of Whitecaps FC 2. While with the Whitecaps FC organization he also headed Vancouver’s MLS SuperDraft preparations and in 2016 led WFC2 to the USL Western Conference Final.

A native of Durban, South Africa, Koch coached at his alma mater, Simon Fraser University, for seven seasons from 2008 through 2014, compiling a record of 126-21-7 and becoming the fastest coach in program history to reach 100 victories.

During his tenure at SFU, his teams won four Great Northwest Athletic Conference (GNAC) championships, two Division II regional titles and advanced to the national tournament’s final four three times (two NCAA Division II and one NAIA). He was voted the conference’s coach of the year six consecutive years and led his team to a top-10 ranking every year.

Koch has earned his both his UEFA B coaching badge and his Canadian A license, in addition South Africa’s level 2 certification. Additionally, he is currently completing his final assessment for his USSF A license. Koch holds a NSCAA Premier Diploma with distinction, as well.