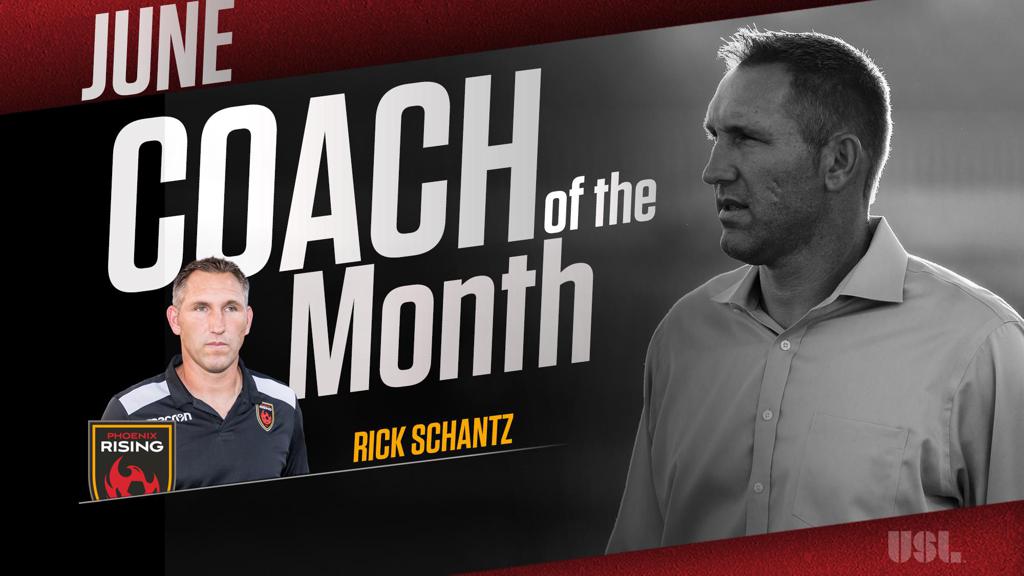 TAMPA, Fla. – Phoenix Rising FC’s Rick Schantz has been voted the USL Coach of the Month for June, having led Rising FC to an undefeated record during which the club recorded four consecutive shutouts after he took the reins from the departing Patrice Carteron early in the month.

“This is an honor that is shared with my entire staff and players,” said Schantz. “While I’m humbled by the distinction, I know that is takes many people to achieve the success PRFC has this past month. I asked that PRFC become a family and support one another – that’s what happened.”

Schantz began his second stint as the Head Coach of Rising FC on June 11, as Carteron joined Al Ahly SC of the Egyptian Premier League, and the following night led the side to a 4-0 victory against Las Vegas Lights FC. Opening with that victory, Phoenix went 3-0-1 under Schantz while not conceding a goal as the club’s shutout streak reached 466 minutes entering this Saturday’s game with Fresno FC.

Schantz received 50 percent of the poll to claim the award ahead of Indy Eleven’s Martin Rennie, who finished second with 23 percent of the poll after leading Indy to a 3-0-1 record that included the Eleven becoming the first side to hand Nashville SC defeat on home turf this season, as the side moved into the top four of the Eastern Conference.