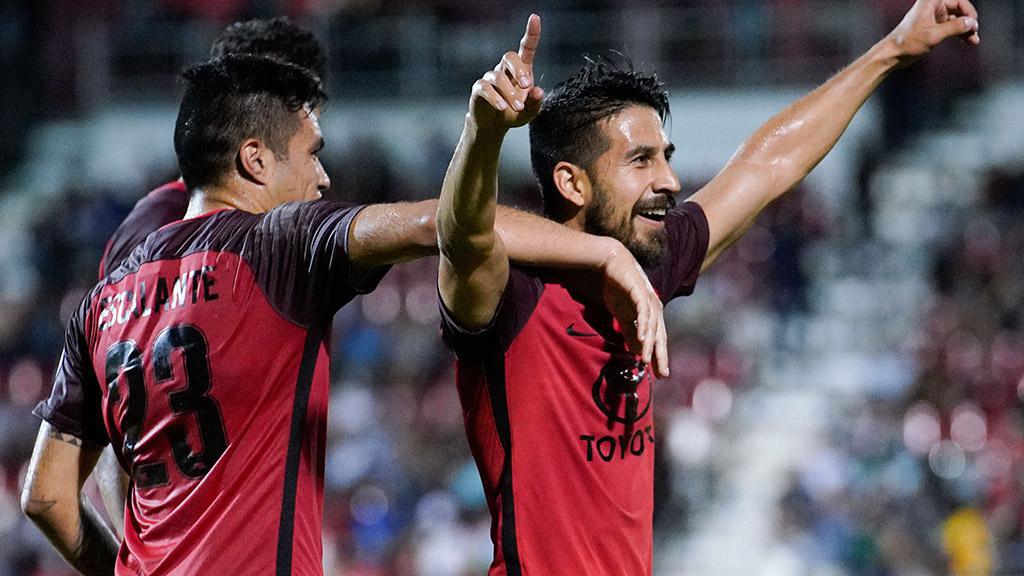 SAN ANTONIO – A goal by Ever Guzman with 10 minutes to go saw San Antonio FC beat Liga MX champions Santos Laguna 2-1 at Toyota Field on Sunday night in front of 7,041 fans as San Antonio took its first victory in an international exhibition in club history.

“Obviously Santos is a fantastic team and top-quality opposition,” SAFC Head Coach Darren Powell said. “They gave us problems throughout the course of the game, but when you play with that hunger, desire, and togetherness from every man on the roster, this team has shown well. I can’t speak highly enough of our players, their performance, and their efforts tonight.”

Santos opened the scoring in the 16th minute when forward Djaniny found himself in on goal following a wall pass from Julio Furch. The Cape Verde native then slotted the ball past SAFC goalkeeper Diego Restrepo for the 1-0 lead.

SAFC responded immediately. Just one minute later, forward Kyle Murphy found forward Mike Seth deep in the box with a cross. Seth headed it powerfully into the back of the net past goalkeeper Jonathan Orozco to equalize. The goal marked Seth’s first for the club in all competitions since joining SAFC midway through the 2017 campaign. Seth also earned SWBC Man of the Match honors for the first time following his performance on the night.

The Alamo City club then earned the winning goal in the 80th minute when Guzman buried close-range a shot following a chaotic moment in the penalty area after Santos failed to clear an SAFC corner kick. The goal marked the second in all competitions this season for the Mexico native. Guzman previously scored on April 27 at Las Vegas Lights FC in USL play.

Saludos de Ever Guzman a Mexico!

San Antonio FC returns to USL action this Saturday night as it heads west to face Orange County SC at Champions Soccer Stadium at 9 p.m. CT in the first meeting of the clubs this season.