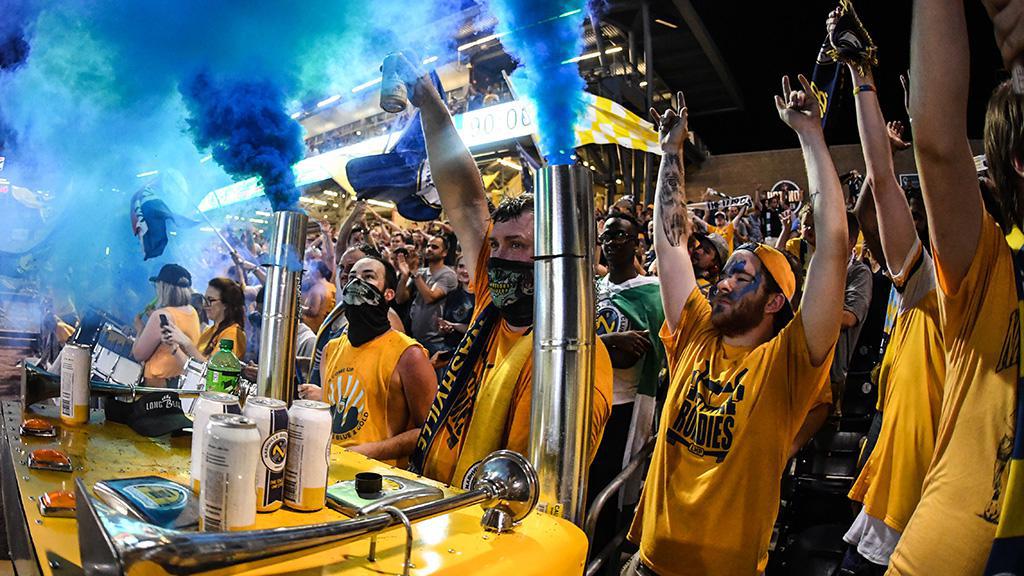 TAMPA, Fla. — After welcoming a league-record single-week attendance of almost 140,000 fans through the turnstiles just two weeks ago, Week 16 of the USL’s 2018 regular season saw the league record its second-highest single week of attendance in the league’s modern era. Across 21 games, 111,730 fans were on hand for a compelling week of action that saw the league approach its midway point of the season still well on track to set another single-season record for total attendance that is likely to approach three million fans.

Among those leading the way were Nashville SC, which welcomed more than 17,000 fans to a pair of sellout contests at First Tennessee Park as the club moved into third place in the USL’s Eastern Conference. Phoenix Rising FC also welcomed a sellout crowd of 7,001 on Friday night as it hosted Orange County SC, and Saturday brought five-figure crowds again to the Eastern Conference’s two best-attended clubs as FC Cincinnati saw 27,107 on hand at Nippert Stadium for its clash with Ottawa Fury FC, and Indy Eleven welcomed 10,222 fans for its match against Penn FC at Lucas Oil Stadium.

This is the third time in 2018 the USL has seen more than 100,000 fans attend games over a seven-day span, a mark that had not previously been surpassed in the league’s modern history. As the race for the postseason continues to build in the second half of the season, it is anticipated the league’s attendance will mirror the growing excitement around the league.

“The USL's clubs and fans continue to raise the bar for the league,” said USL President Jake Edwards. “This achievement is a testament to the continued hard work across all levels in the USL, and of course to the growing fanbase that continues to support thrilling, professional soccer in their hometowns. With some exciting matches coming up during the summer months, and the race for the 2018 USL Cup Playoffs beginning to take shape, we expect these attendance trends to continue as we march toward another record year for the league.”