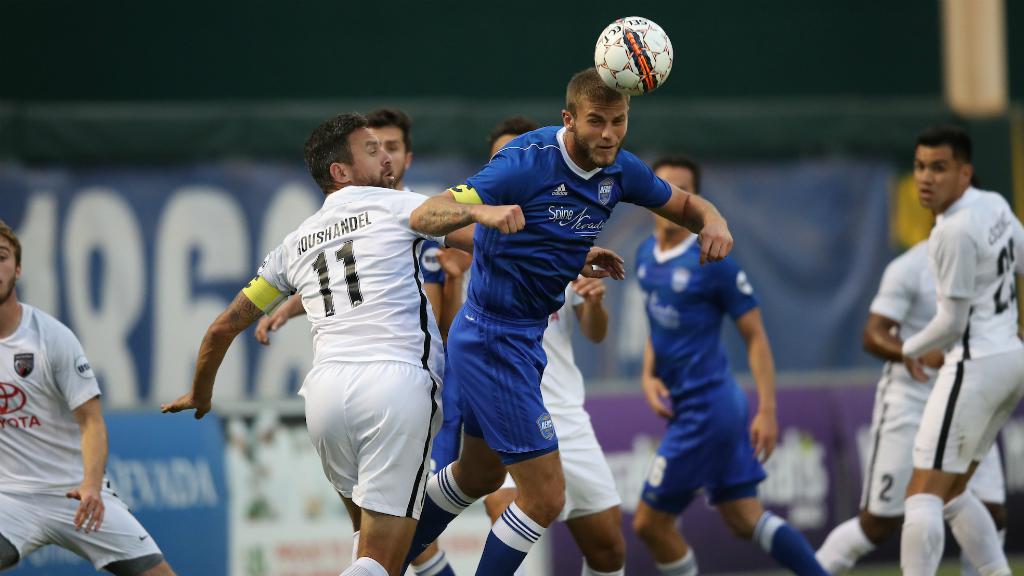 SAN ANTONIO — Separated by two points either side of the playoff line in the Western Conference, Saturday night's game between San Antonio FC and Reno 1868 FC at Toyota Field (8:30 p.m. ET | Match Center | ESPN+) is shaping up as one of the weekend's most important as both sides bring positive momentum into their second meeting of the season.

San Antonio is coming off its second consecutive home victory as an outstanding defensive effort earned a 1-0 victory against Sacramento Republic FC last Saturday night. Reno hasn't suffered a league defeat in more than two months, however, meaning San Antonio will need another big performance to jump past 1868 FC in the standings.

“Obviously we’re facing a good team in Reno, who are coming into the game 11 matches unbeaten, so we need to make sure we’re organized on both sides of the ball,” said SAFC Head Coach Darren Powell. “This week we’ve focused on working on our shape as a team defensively and what we would like to do, and how we want to attack out of that shape.”

SAFC has only lost once at home this season, a 3-0 defeat against Orange County SC on April 14th – the same night as Reno's last defeat in league action – but since then the side has gone 3-0-1 at Toyota Field, a venue that has provided an positive atmosphere for the hosts that has helped SAFC defend its home turf.

“We’re always excited to play at Toyota Field. Our fans have been tremendous and they get behind the team, and it’s like having a 12th man when we play in this stadium,” said Powell. “When the fans are right behind the team, we get that extra burst of energy that can make the difference in a game, so we’re always excited to play at home with our fans.”

That strong home record will be challenged by 1868 FC, which is undefeated on the road this season. Reno took a 2-2 draw against Orange County SC last Saturday night, and has bagged road victories against Western Conference top-four sides the Portland Timbers 2 and Sacramento Republic FC.

1868 FC's attack has started to click into place over the course of its current run, and now sits fifth in the league in chances created overall with 167, an average of 11.1 per game, and third in the league with 142 chances created from open play. But those numbers are coming via an unlikely source, according to Reno Head Coach Ian Russell.

“I think it goes back to our defensive adjustments. Our back four are playing well and we’re not conceding a ton of goals. When we play well defensively, we’re able to create the opportunities necessary to walk away with points on the road,” said Russell. “It all comes down to looking at what we can improve on match by match. They guys also are aware of what we need to improve on. So it comes  down to us working collectively and striving to correct where we’re falling short.”

The two sides faced each other on May 26th when Reno took a 2-1 victory at Greater Nevada Field. After suffering defeat when they last visited Toyota Field more than a year ago, 1868 FC is now going into Saturday's matchup mindful of what it will take to keep SAFC at arms length when it comes to the race for the postseason.

“San Antonio is a team that likes to play out of the back and they’re very good at it,” said Russell. “We have to make sure we’re defensively sound and that we’re cognizant of their dangerous attacking players.”

RANGERS READY TO BOUNCE BACK: After a tough loss to Fresno FC last week, the Swope Park Rangers will look to bounce back against Las Vegas Lights FC on Sunday afternoon at Children's Mercy Park (5 p.m. ET | Match Center | ESPN+) as the club looks to find more consistency in what has been an up-and-down regular season for the defending Western Conference champions.

Last week's action, which saw the Rangers take a 3-2 victory against current Western Conference leader Real Monarchs SLC before its 4-1 defeat in Fresno, offered a clear look at the disparity between performances Swope Park has seen at times this season, where only twice has the side been able to string together consecutive victories.

“We need to step on the field the way that we did a week ago versus the Real Monarchs,” said Rangers Head Coach Paulo Nagamura. “We want to set the tone at home and to play with urgency. We want to see that there is pride in putting on the jersey.”

The loss against Fresno came on the road but Sunday’s match will be back in the friendly confines of Children’s Mercy Park. The Rangers have been almost perfect at home, holding a 4-0-1 record after their June 13 victory against the Monarchs, which has the team expectant ahead of Sunday’s match.

After suffering a 2-1 defeat to Las Vegas at Cashman Field when the sides met for the first time in their histories, there could also be the desire to exact some revenge after Lights FC brought the Rangers' undefeated start to the season to an end.

HOME SWEET HOME FOR COLORADO SPRINGS: Colorado Springs Switchbacks FC is tied for third in the league with four home wins this season, and after a crucial result on the road last weekend returns home to take on Fresno FC on Saturday night (9 p.m. ET | Match Center | ESPN+) in another contest that is going to be critical for both clubs as they reach the halfway point of the regular season.

After falling the last time out at Weidner Field to the Swope Park Rangers in a game that saw the hosts win the battle for possession and total shots but fail to find the back of the net, the Switchbacks want to reassert themselves on their home turf, a place that the side has typically played well at throughout its time in the USL. After last week's four-goal explosion to defeat the Portland Timbers 2, the Switchbacks are hoping they can polish off the chances they create with the same consistency over the remainder of the season.

“The focus is on our game and to build off what we did well last weekend,” said Switchbacks assistant coach Wolde Harris. “Scoring four last weekend – for the second time this season – showed what we’ve been working on. I really expect Fresno to come here and play and try to impose themselves. We’re not sure tactically exactly what they’ll do, but we know they’ll be ready, and so will we.”

The Switchbacks' home record will be a challenge for Fresno, which has only recorded one road win this season. But the Foxes are coming off a 4-1 win of their own last Sunday afternoon, which saw the side romp to victory against the Swope Park Rangers and move just a point back of the eight-place Switchbacks in the Western Conference standings.

Fresno will be making its first trip to Colorado Springs on Saturday, but it will have some inside knowledge of what to expect with former Switchbacks player Rony Argueta in its ranks. Given the stakes of the game for both sides, the Foxes are hoping they can make an early impact against a Switchbacks side that has conceded only once in the first half in eight home games this season.

“Whenever you have to go to altitude and travel, it's never easy. But if we can get an early goal again and build on that, not just in the game but also in confidence, that'll really help us,” said Fresno FC Head Coach Adam Smith after his side's victory against Swope Park. “We'll see how that goes and how we feel the opposition. This week, we'll enjoy the moment because we're getting close to the halfway mark of the season and it's time to go on a bit of a run.”

And while the Switchbacks' players are looking forward to catching up with Argueta in his return to Colorado Springs, they're also aiming to make sure both he and his teammates have a tough time taking points back to California in a tight playoff race.

“We’ve got to make the conditions here very hard for Fresno on Saturday,” said Switchbacks forward Marty Maybin. “And it’ll be great to see Rony. During the game we’ll be rivals of course, but we’ll have a little chat before and after and it’ll be nice to see him.”