Visitors confident, but expecting test in Round of 16 road trip to Louisville 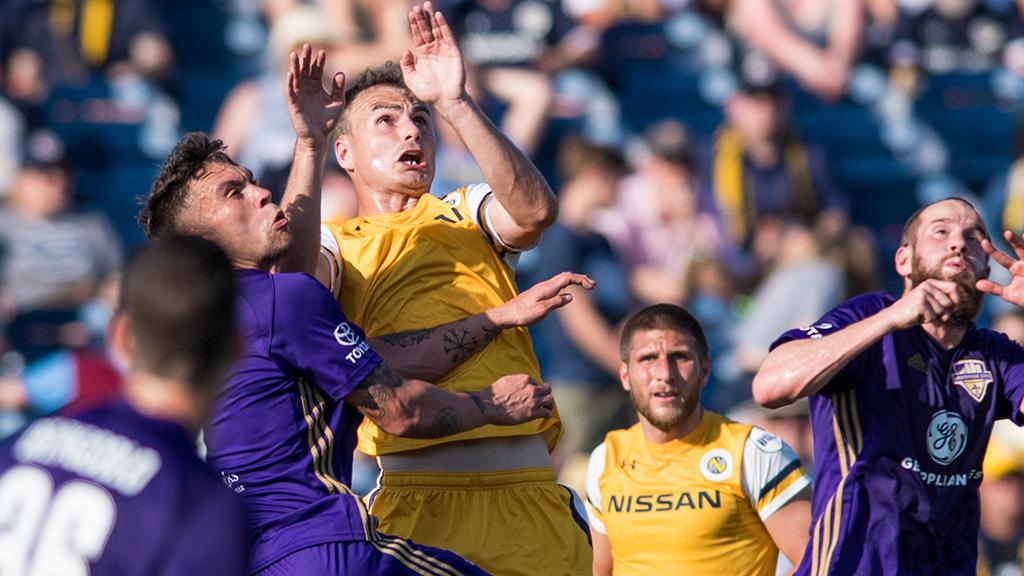 NASHVILLE, Tenn. – The last time Nashville SC squared off with Louisville City FC on May 13, the USL newcomers handed the defending USL Cup champion its second defeat of the 2018 season in a 2-0 victory at First Tennessee Park.

With a place in the Quarterfinals of the 2018 Lamar Hunt U.S. Open Cup at stake in the third meeting of the season between the clubs on Wednesday night at Lynn Stadium on the campus of the University of Louisville (7 p.m. ET | Match Center), Nashville is hoping that performance will carry over as it looks to continue its recent strong run of form.

“For the way the result went [on May 13], I think James and the Louisville group will certainly have seen some things in our side that they need to be concerned about,” said Nashville Head Coach Gary Smith. “But they’re a very, very good side. They’ve, for the most part, been together for a good while. The championship, I’ve said many times, sort of understanding and confidence that lots and lots of other teams just don’t have. I know they might be without one or two more important players, but they have a good group, they’re very difficult at home, they have great support.”

Nashville is certainly looking in good shape after its dramatic late victory against North Carolina FC on Saturday night that brought a crowd of more than 9,000 fans to their feet on Ropapa Mensah’s 94th-minute goal. Now undefeated in 11 games in all competitions, NSC has moved into the top four in the USL’s Eastern Conference standings and sits just a point back of second-place Louisville.

But NSC’s players are expecting a tighter contest on Wednesday than the one that saw the side record a season-high seven shots on goal when the sides last met, particularly after Louisville suffered a defensive letdown this past Saturday in a 3-3 draw against Penn FC.

“I think from their standpoint, they will have been disappointed to have conceded three goals against a side that rarely score that many,” said Smith. “I think that the pieces of their puzzle are: they have qualities across the board, they have goal scorers in the side, they can mix it up and they can scrap when they need to. They’re good from dead balls, they’re athletic, they’ve got a bit of pace in the right areas, and I don’t think they’re given enough credit for some of the soccer they play as well. They certainly are a far better side, far better footballing side than a lot of people maybe give them credit for.” 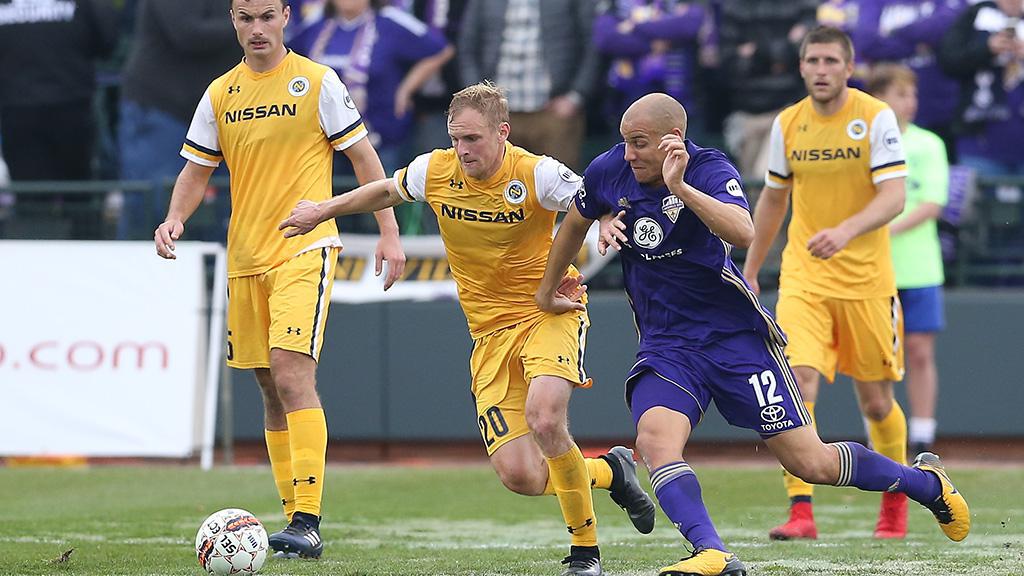 Despite Saturday’s result, Louisville remains undefeated on home turf this season, including its victory against the New England Revolution that sent the side to the Round of 16 for the first time in the previous round. That record, and the significance homefield advantage has played already this round with all four hosts advancing so far, would appear to give City FC an edge in the matchup.

While that may be the case, Nashville is excited for the opportunity the Open Cup brings, especially with a matchup against either Atlanta United FC or the Chicago Fire awaiting the winner in the Quarterfinals.

“It’s always nice to play in the Cup, especially with MLS teams still in it too,” said Nashville defender Liam Doyle. “There’s more than one goal at the end of it, so you get to advance, you get to maybe challenge for a Cup, you get to play against higher-caliber teams, players as well, so we’re battling for a few different things.”

With Nashville’s defense having only conceded four goals in its past seven league outings, Doyle believes his side knows what it has to do to come out on top in its biggest game of the season so far.

“I think it’s just a team effort, like shape, cohesiveness, not getting too stretched out, knowing where they are,” said Doyle. “If we work together as a group, I think we can get the job done.”