With a place in the Open Cup's Quarterfinals on the line which club will win the all-USL battle? 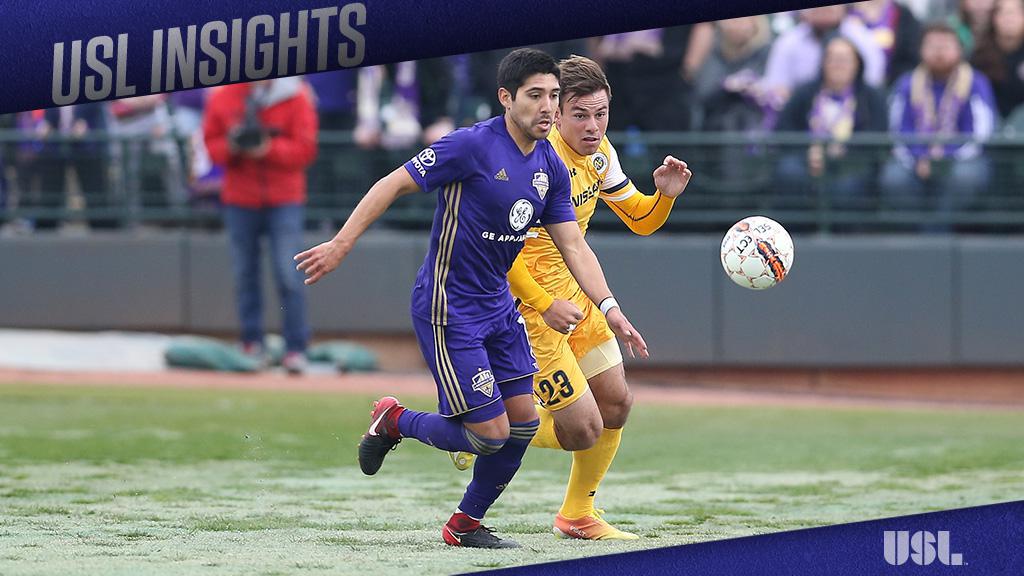 LOUISVILLE, Ky. — An all-USL matchup looms in the Round of 16 in the 2018 Lamar Hunt U.S. Open Cup when Louisville City FC hosts Nashville SC on Wednesday night at Lynn Stadium on the campus of the University of Louisville (7 p.m. ET | Match Center), but which team has the edge? Here are some crucial numbers from the team’s prior two meetings in USL play this season.

52.8: Winning the battle in midfield can be key to a side's success, and Louisville have been among the best in the USL so far this season in both duels and aerial duels to get that control of possession. Louisville's success rate in duels is 52.8 percent, and in aerial duels is 52 percent, which outstrips Nashville's success rate of 47.8 percent in duels, the third-lowest in the league, and 47.4 percent in aerial duels. With Louisville defender Paco Craig having won 113 duels on his own, the third most in the league at a 68.1 success rate, Nashville will need to be sharp to hold possession as it enters the attacking third against the 2017 All-League First Team defender and his colleagues on the back line.

44.3: With Wednesday's stakes being survive and advance, putting away chances in what's expected to be a tight game is going to be crucial. With a 44.3 percent shooting accuracy rate in the previous two matchups between the sides, Nashville SC has taken its chances or at least forced Louisville goalkeeper Greg Ranjitsingh into consistent action. As good as that number is, though, Louisville has proven slightly more clinical with its chances over the course of the season with a 12.2 percent conversion rate besting Nashville's 11.8 percent conversion rate.

41: With the wingback system Louisville has used for much of the season, Nashville is either going to have to cut off supply to the flanks, or have its center backs be ready for another barrage of crosses if the prior two meetings between the clubs are any indicator. Louisville recorded a whopping 41 crosses, a rate of one every 4.3 minutes and scored both goals in the first meeting of the season between the clubs from corner kicks. This is unsurprising given both regular homes for Louisville and Nashville are among the narrower in the league, but with the expanded width provided by Lynn Stadium's dimensions of 120 x 75 yards the opportunity for more width and space could open things up to an even greater extent.

17: There have been only 17 shots on target in the two matches between the teams with Nashville holding a 9-8 edge, having recorded seven of those when the teams last met at First Tennessee Park. With both teams having strong defenses that the two teams struggled to find space shouldn't be too big of a surprise, with Louisville having faced the second-fewest shots on target in the league (37) and Nashville the third-fewest (43). As mentioned previously, Lynn Stadium's dimensions could come into play here, especially considering Louisville racked up seven shots on goal in its victory against the New England Revolution in the previous round.

7: Backing up how difficult each team is to break down, both teams have only conceded seven goals from shots in the penalty area all season, tied for second in the league behind only Pittsburgh Riverhounds SC. Nashville proves the sternest defense of the two in preventing goals from long range as well, having only conceded eight goals as a whole, second in the league in that statistic as well.

2-0: The score in both matches played between the two teams this season has been a 2-0 win for the home side, with Louisville winning the season opener on March 17th and Nashville reversing that score on May 13th. That, and the historic edge that home teams have found in the Open Cup both this year and in years past, could be a good sign for the men in purple.