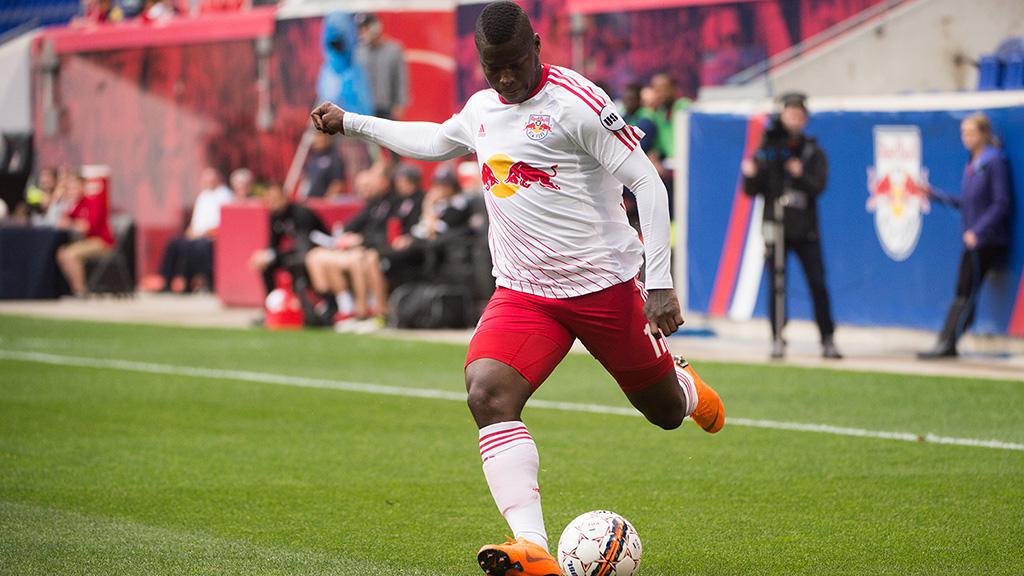 HARRISON, N.J. – The New York Red Bulls II overcame a halftime deficit to sweep to a 4-1 victory against Indy Eleven on Sunday afternoon at Red Bull Arena to remain undefeated at home this season while handing Indy its first road loss of the season. The Red Bulls II had the better of the early going, but Indy took the lead in the 21st minute on its first shot of the game as Soony Saad curled a finish into the top-right corner of the net. The Eleven almost doubled their lead 13 minutes later as Jack McInerney got in behind the defense but Red Bulls II goalkeeper Evan Louro kept out his finish from a tight angle, and New York forced a good save by Indy goalkeeper Owain Fon Williams as Andrew TInari got a clear look from the right side of the penalty area. The hosts also had a chance cleared off the line as Hassan Ndam won a header from a corner kick for Brian White to redirect toward goal just before halftime, McInerney providing the last-gasp clearance, but White struck for his fifth goal of the season in the 57th minute as an errant defensive header allowed him to steal possession ahead of Fon Williams’ challenge and finish into the open net. Three minutes later, New York took the lead as a handball in the penalty area on a shot by Rivas saw the hosts awarded a penalty kick, and Rivas sent Fon Williams the wrong way with a low shot to the left corner. Indy was reduced to 10 men when Nico Matern received his second yellow card of the game with 17 minutes to go, and while the game then opened up and saw both sides have chances to find the net, New York put the game away as Amando Moreno tapped home from Jared Stroud’s low cross through the six-yard area with seven minutes to go. The Red Bulls II then added the icing to the cake in stoppage time as Tom Barlow scored his first professional goal to cap a big victory for the hosts.