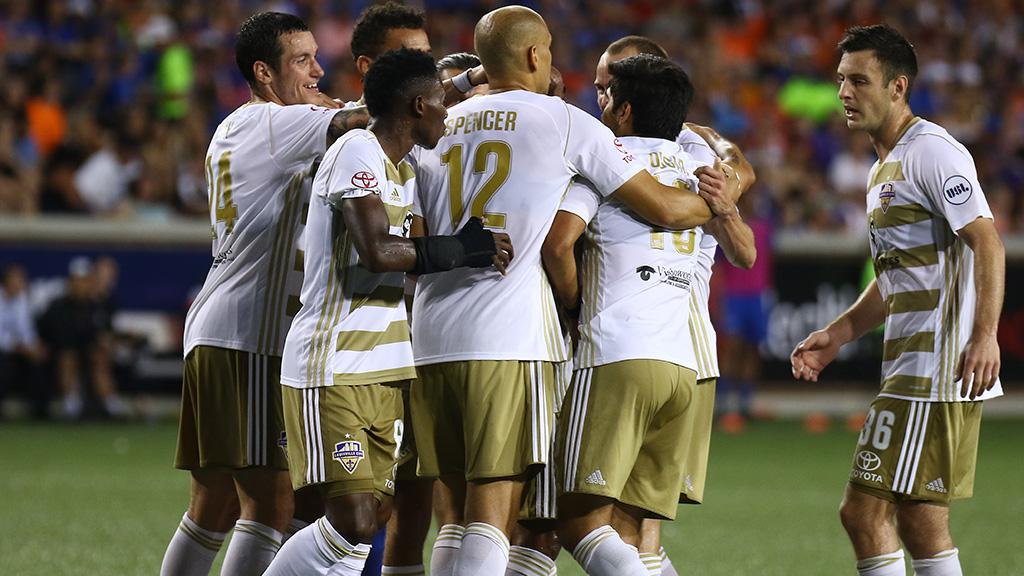 CINCINNATI – With his side having already come through the emotion of one rivalry game on Wednesday night in the Lamar Hunt U.S. Open Cup, Louisville City FC Head Coach James O’Connor was thrilled as his side returned to the top of the USL Eastern Conference on Saturday night after a comprehensive performance earned a 2-0 victory against River Cities Cup rival FC Cincinnati at Nippert Stadium.

The visitors sent most of a crowd of 26,495 fans home disappointed as goals in either half by Cameron Lancaster and George Davis IV earned City FC victory for a second time on the road this season against its rivals and allowed Louisville to claim its third consecutive victory in the series overall.

“I’m really proud,” said O’Connor. “I’m not exaggerating, that is a fantastic performance. When you look at our good our guys were tonight versus Cincy practically changing their whole 11 from their midweek game. For us to be able to go and dominate the game like that and play with such quality, it takes my breath away. I can’t give the lads enough credit for their performance tonight.”

Louisville dominated the first half in particular as for a second consecutive meeting between the teams Lancaster scored the opening goal, his free kick from 25 yards finding a way through the FC Cincinnati wall and into the left corner of the net in the 15th minute. The swarming nature of City FC’s midfield was at the center of the side’s performance, however, as the likes of Devon “Speedy” Williams and Paolo DelPiccolo won possession all over the field. Ten of the 28 possession recoveries and interceptions made by the duo came in Cincinnati’s half as the hosts recorded only four touches in the Louisville penalty area in the opening 45 minutes. 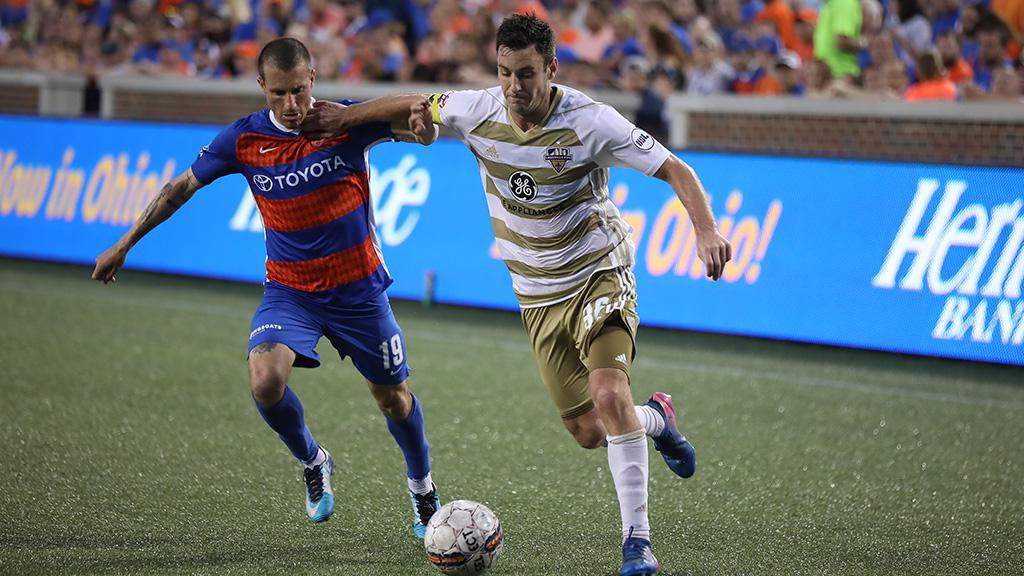 Held to only two shots in the first half, FCC tried to make greater inroads in the second half, but the hosts were bottled up successfully as Louisville recorded its second shutout at Nippert Stadium this season. Cincinnati finished without a shot on goal as the quartet of Corben Bone, Nazmi Albadawi, Kenney Walker and USL assists leader Emmanuel Ledesma were limited to a combined two key passes.

“Disappointed in the result obviously, that goes without saying,” said FCC Head Coach Alan Koch. “Equally disappointed in our performance. We weren’t happy with the way we performed. We know we’re capable of a lot more than we showed tonight. Louisville is a very organized, hard-working group and that showed tonight.”

With Louisville now set to have a week off before it plays host to the New England Revolution in the Fourth Round of the Lamar Hunt U.S. Open Cup on June 5, the side is looking forward to a well-earned rest and chance to recuperate having reclaimed its place at the top of the Eastern standings.

“It’s a well-timed rest that the guys badly needed,” said O’Connor. “They need to make sure that they get some rest and recover. It gives us a chance to assess where some of the others are because we’ve had a run of games and a load of players have stepped up and been immense. We now need to make sure they get a little more time to recharge their batteries.”

While Louisville’s players began to rest up after their final game of May, though, the party was just beginning for the hearty group of fans that had made the trip up Interstate 71 to see their side claim another crucial victory.

“It’s great to hear our supporters tonight singing away,” said O’Connor. “I’m absolutely thrilled for everyone who has made the effort to come up and travel to support us. It was fantastic to see so many there. A massive thank you from myself, the players, and the coaches to all of the supporters who have come up tonight and everyone back home watching.”