Switchbacks Too Strong for Saint Louis 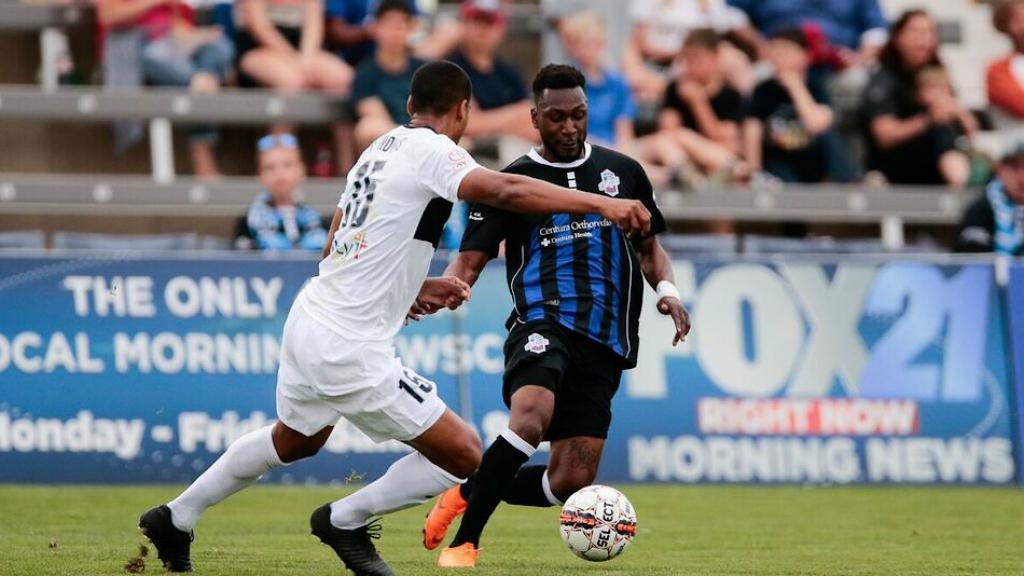 COLORADO SPRINGS, Colo. — In a comprehensive performance, Colorado Springs Switchbacks FC proved too much for Saint Louis FC in a 3-0 victory at Weidner Field on Saturday night. The hosts started the game brightly, looking to take the game to Saint Louis, but often wanted to make too many passes before taking a shot which would allow the visiting defense to close the gap. The Switchbacks controlled the first half-hour and in the 30th minute got the reward for all of that work when midfielder Luke Vercollone was brought down on a corner kick, allowing him to then dust himself off and take the resulting penalty kick, sending Jake Fenlason the wrong way to open the scoring. The Switchbacks continued to control things in the second half and on the hour-mark the hosts doubled their lead through Saeed Robinson. After fellow midfielder AJ Ajeakwa got the ball and squared for Robinson who waited for Fenlason to come off his line, and then shot powerfully over him, sneaking it under the bar. With a two-goal lead the hosts were able to give up possession and absorb the pressure, but Saint Louis' pressure rarely looked threatening as Colorado Springs cruised defensively. The win was sealed in stoppage time as Vercollone wrapped up his brace, using his marker as a shield to catch Fenlason unsighted before sending his finish into the back of the net.

Luke Vercollone, Colorado Springs Switchbacks FC – Vercollone made the penalty that he would go on to score before adding a second goal in stoppage time to cap an impressive performance where he managed to get all five of his shots on target.