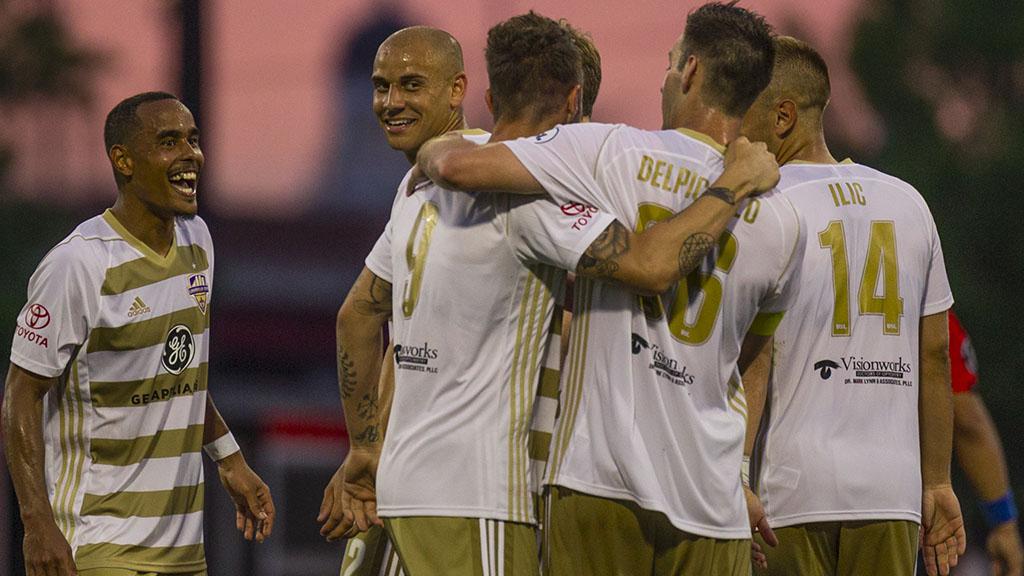 CHICAGO – Defending USL Cup champion Louisville City FC was one of five USL clubs to claim a home draw in the Fourth Round of the 2018 Lamar Hunt U.S. Open Cup on Thursday morning, with FC Cincinnati, Nashville SC, San Antonio FC and Sacramento Republic FC also set to welcome MLS opposition in two weeks in the 104th edition of the historic tournament.

Louisville gained a home draw that will see the New England Revolution visit the Derby City, with the winner of that contest going on the face either the New York Red Bulls or New York City FC. The home contest will be the first time Louisville welcomes MLS opposition in the Open Cup, having previously visited the Chicago Fire on its only prior trip to the Fourth Round in 2015.

FC Cincinnati, which reached the Semifinals of the tournament a season ago, was handed a home contest at Nippert Stadium against Minnesota United FC after it was discovered that Minnesota had only applied to host its possible Round of 16 and Quarterfinal matches over the next three rounds. The winner of that contest is set to face off against either Columbus Crew SC or the Chicago Fire, both of whom FCC defeated during their remarkable run of 2017.

Nashville SC will welcome the Colorado Rapids for its first official game against MLS opposition, with the winner of that contest set to face off against the winner of the matchup between defending U.S. Open Cup champion Sporting Kansas City and Real Salt Lake.

San Antonio FC will play host to FC Dallas in the first meeting between the clubs in the tournament, a matchup that will also see SAFC play host to an MLS side in the Open Cup for the first time in its short history. The winner will face either the Houston Dynamo or NTX Rayados in the Fifth Round.

Sacramento Republic FC, meanwhile, was paired with four-time Open Cup champion Seattle Sounders FC for the first meeting between the clubs in this competition. The winner will meet either the Portland Timbers or San Jose Earthquakes.

Both North Carolina FC and the Richmond Kickers will head on the road, with NCFC drawn to visit D.C. United and the Kickers set to face the Philadelphia Union, as will the Charleston Battery as they visit Atlanta United FC. Fresno FC will also head on the road for its first official game against MLS opposition with a clash against fellow expansion side Los Angeles FC.