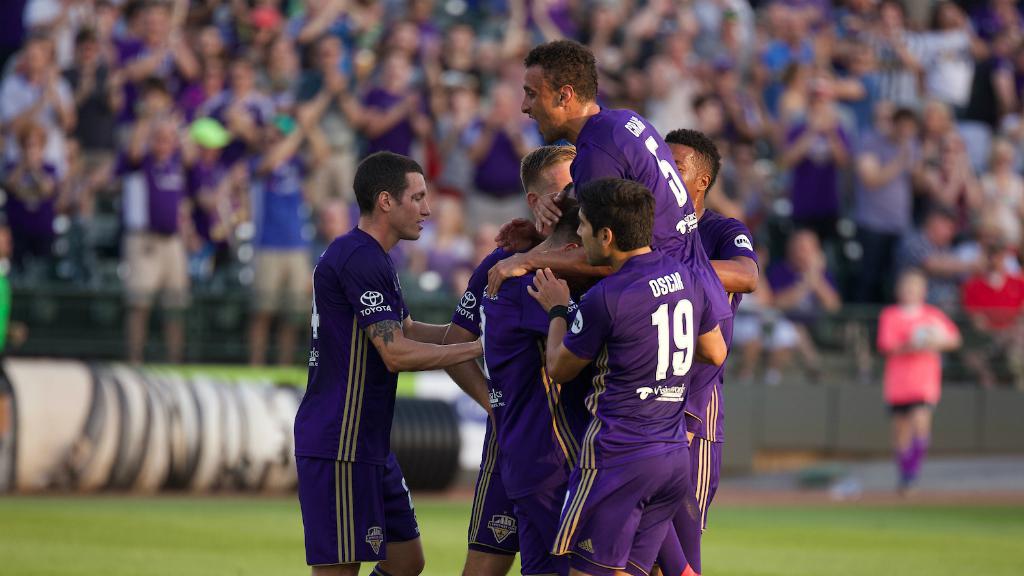 LOUISVILLE, Ky. – A stoppage-time penalty kick by Ilija Ilic earned Louisville City a dramatic 2-1 win against ATL UTD 2 before crowd of 8,683 fans at Louisville Slugger Field on Saturday night. A tight match was broken open in the 24th minute when the Atlanta defense failed to clear after a blocked shot, allowing the ball to fall for Louisville forward Cameron Lancaster who hit a powerful strike across the face of goal. That goal spurred the visitors on, looking for a quick response which came just seven minutes after conceding when Laurent Kissiedou took a shot from long range that deflected past Louisville goalkeeper Greg Ranjitsingh and into the net. Being pegged back to level terms seemed to fire up the Louisville players, fighting to get back into the match but the defense held out the hosts keeping it even at halftime. The defending USL Cup champion came out from the break determined to restore its lead, pushing forward in numbers to try and find the goal but they struggled to break down the Atlanta defense. Louisville forward Luke Spencer had a golden opportunity to put his side back in front as he got on the end of a cross behind the defense but his shot was well saved by ATL keeper Paul Christensen. Just when it seemed the match would end all square, Spencer was able to work some magic and draw a foul in the penalty area, which allowed Ilic to step up and hit the penalty powerfully into the top-right corner to seal all three points.

Luke Spencer, Louisville City FC – Coming on early in the second half, Spencer was eager to make an impact, drawing the penalty for the winning goal, and was a routine threat up front, managing three shots, all on target, in an impressive cameo.