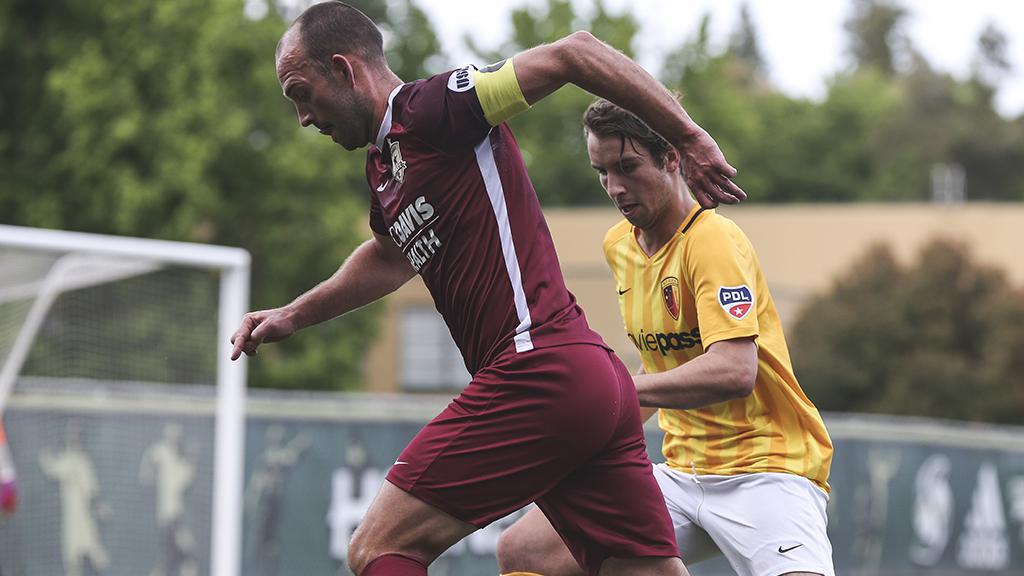 SACRAMENTO, Calif. – A pair of second-half goals by Villyan Bijev and Adam Moffat lifted Sacramento Republic FC into the Third Round of the 2018 Lamar Hunt U.S. Open Cup in a 3-1 victory against the Premier Development League’s San Francisco City F.C. 3-1 on Wednesday night at Hornet Soccer Field.

Sacramento took the lead in the 24th minute when Keven Aleman took advantage of a loose ball in the San Francisco penalty area to put the hosts ahead, but the visitors leveled seven minutes later when they created a two-on-one as Robert Hines received the ball on the left wing and sent a cross into the box that Aaron Lombardi volleyed past Republic FC goalkeeper Rafael Diaz to make things all square.

San Francisco also tested Diaz with five minutes to go in the first half when Matthew Hurlow-Paonessa fired a low, powerful shot that forced a diving save from the Dominican keeper to keep the game level. The hosts took the lead for good just past the hour-mark, however, as Bijev put home Mitchell Taintor’s cross from the left to restore Republic FC’s advantage.

Bijev was again involved in the 68th minute as he set up Moffatt for what proved to be the decisive blow. After Bijev intercepted a backward pass from the City defense his chance to finish one-on-one was blocked by the SFCFC goalkeeper, but Bijef recovered the rebound and sent a sliding ball back toward goal that was deflected into Moffat’s path, from where the Scotsman didn’t hesitate and slotted home for Sacramento’s third goal of the night.

From there Republic FC held firm defensively for victory, ensuring its place in the Third Round of the tournament for the fifth consecutive season.