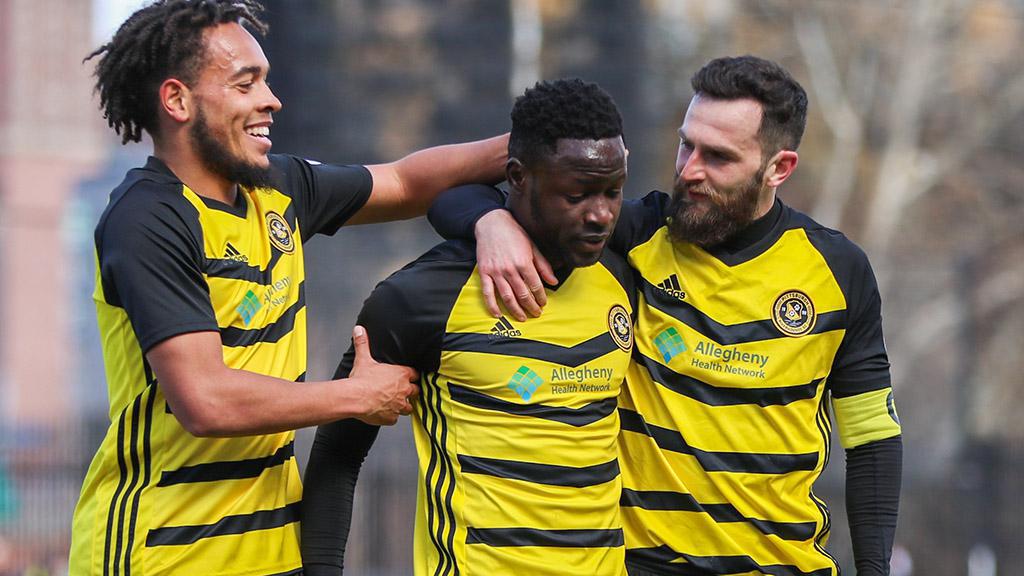 PITTSBURGH – As the last undefeated side in the USL this season, Pittsburgh Riverhounds SC are building an already-historic season in the club’s long history.

Outside of their draw on the road against FC Cincinnati midway through April, however, the Hounds arguably haven’t been tested in the manner that Friday’s opponent at Highmark Stadium, Indy Eleven, will offer.

“It will definitely be our biggest test at home,” said Hounds captain Kevin Kerr. “We just need to keep building. Under [Head Coach] Bob [Lilley] and [Assistant] Mark [Pulisic], there’s certainly no place for any complacency, which is great. If a team is going to come in and going to take points, they’re going to have to work for it.”

Riverhounds SC has been remarkably tough at home in 2018, having yet to concede a goal on home turf in its first four outings. After moving into the top three in the USL Eastern Conference last Saturday with its second win of the season against Toronto FC II, the side is only two points back of FC Cincinnati for the conference lead, meaning a win against Indy would at least temporarily push the side to the top of the tree before Saturday’s action kicks off.

Now in his sixth season at the club, Kerr has seen the good times before at Highmark Stadium, including a standing 2015 season that saw him named to the USL All-League Team the last time the Hounds reached the USL Cup Playoffs. His influence continues to be an important one in the Hounds’ success, as he has one goal and two assists in seven games this season, but notably leads the team in key passes with 14, which puts him tied for 18th in the USL overall.

Kerr and the rest of Pittsburgh’s attacking midfield has begun to lay on good chances for new forward Neco Brett, whose five goals are tied for second in the league going into this weekend, and the Jamaican is proving an easy player for his new teammates to rally around. 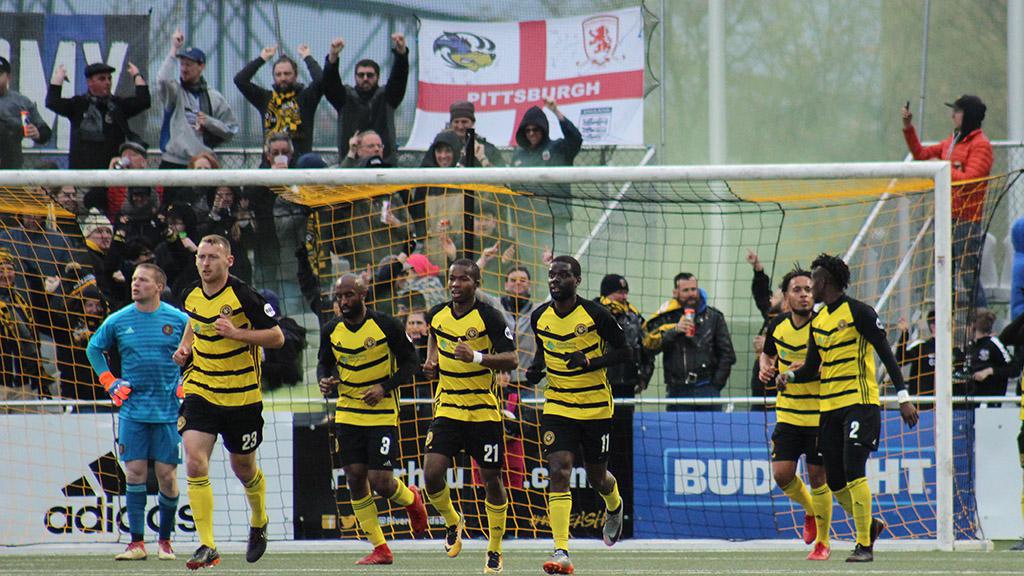 Riverhounds SC is the last undefeated side this season in the USL, and has also yet to concede at Highmark Stadium this season. | Photo courtesy Delaney Hoolahan / Pittsburgh Riverhounds SC

Friday’s game kicks off a run of up to six games between now and the end of May, with Riverhounds SC finding out on Wednesday night it will make a 135-mile trip north to face Erie Commodores FC in the Second Round of the 2018 Lamar Hunt U.S. Open Cup. That means there will likely be more squad rotation in the coming games, with players like Bakie Goodman – who came on as a late substitute for his first appearance of the season against Toronto – ready to be called upon to help the side.

“Going through training, it’s all super-competitive with the talent on the whole team,” said Goodman. “Everybody knows they have a role on the team, and everybody feels like one with each other. We’re all part of the team. We’re all just waiting for the moment we have to step in and do our roles, and we’re all ready for it.”

With the club’s run to the Fourth Round in 2015 that saw it take D.C. United to extra time before falling at Highmark Stadium, the potential for more is still there for Kerr, who is enjoying what the start of the new season has brought to the club.

“I’m absolutely still loving it here,” he said. “I’m really enjoying the new regime, the new coaching staff, so who knows how long it can keep going.”