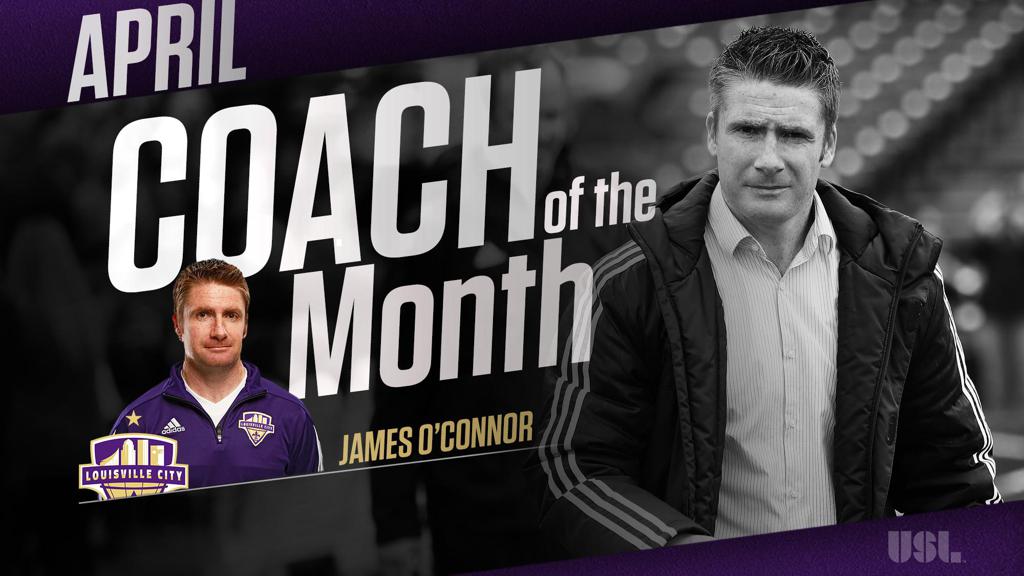 TAMPA, Fla. – Louisville City FC’s James O’Connor has been voted the USL Coach of the Month for April as he led the defending USL Cup champion to an undefeated record that saw Louisville record its best start to a season in club history.

A two-time nominee for USL Coach of the Year, O’Connor led Louisville to a 3-0-1 record in the past month as the club claimed 16 out of 18 possible points to start the defense of its championship. The only Head Coach in the club’s history, O’Connor recently surpassed 60 victories in the USL regular season and USL Cup Playoffs since the start of the club’s inaugural season in 2015.

“Obviously, when you get Coach of the Month, it’s down the players,” said O’Connor. “When you look at how they have performed, they deserve enormous credit, and [assistant coach] Daniel [Byrd] and [goalkeeping coach] Thabane [Sutu] also. They’ve all done stellar work. I’d like to accept the award, but certainly on behalf of the players and Daniel and Thabane and the hard work that they’ve done as well.”

O’Connor received 53 percent of the poll to claim the award ahead of Pittsburgh Riverhounds SC Head Coach Bob Lilley on 43 percent. Lilley and the Hounds also had a strong month with a 3-0-1 record that saw the side concede only two goals as it moved into the top four in the USL Eastern Conference.