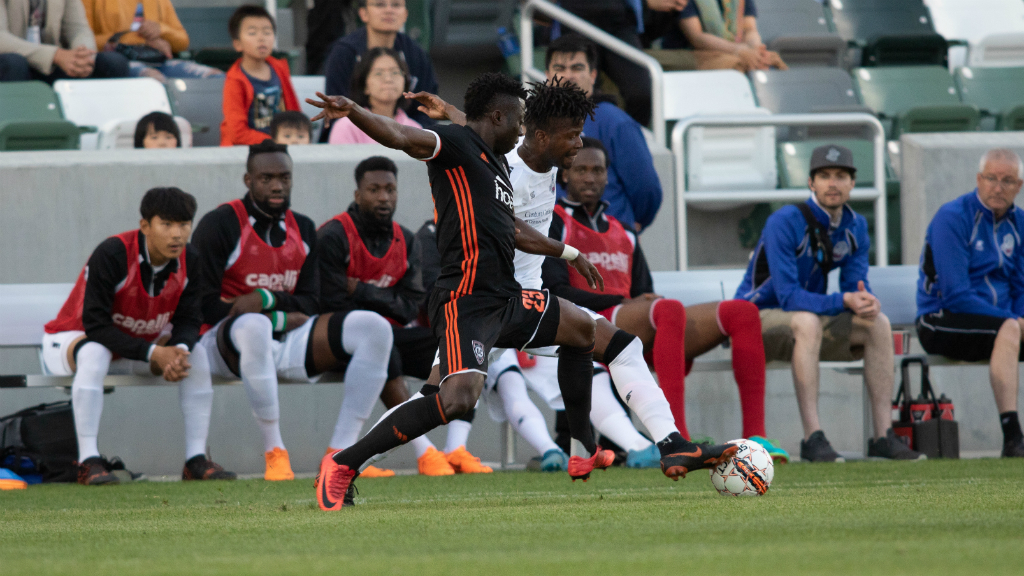 IRVINE, Ca. – An early penalty was the difference for Orange County SC, who relied on a staunch defense performance to take all three points from Colorado Springs Switchbacks FC in a 1-0 victory on Saturday night at Champions Soccer Stadium. In just the sixth minute, Orange County earned a penalty after Mark Segbers was taken down in the box by Switchbacks FC captain Josh Suggs. Aodhan Quinn stepped up to the spot, fooled Moise Pouaty into going the wrong way and gave the hosts a very early advantage. Orange County nearly doubled its lead in the 13th minute as Christian Duke got beyond the charging Pouaty, but Taylor Hunter was there to clear the ball at the last second to keep the deficit at one for the Switchbacks. In the 38th minute, Nansel Selbol generated another chance for Orange County, as a well-timed cut in the box freed him for a shot on goal, but Pouaty quickly reacted to parry it away for a corner. Despite several late chances from corners as the half wound down, Colorado Springs was unable to equalize and entered the break trailing. The Switchbacks found their feet as the second half got underway, battling back with the majority of possession and shots in the first 20 minutes, but unable to break through the Orange County defense. Colorado Springs had a great chance to equalize in the 72nd minute, but a half-volleyed effort from the visitors was skillfully saved by Andre Rawls to preserve Orange County's lead. Despite late pressure, the hosts held on to capture all three points in a narrow 1-0 victory.

Aodhan Quinn, Orange County SC – In 90 minutes of play, Quinn scored the lone goal of the match on a sixth minute penalty. Combined with staunch defense, it was enough for the hosts to take three points.