Three quick goals lead Louisville to 3-1 win over Steel FC in front of 7,876 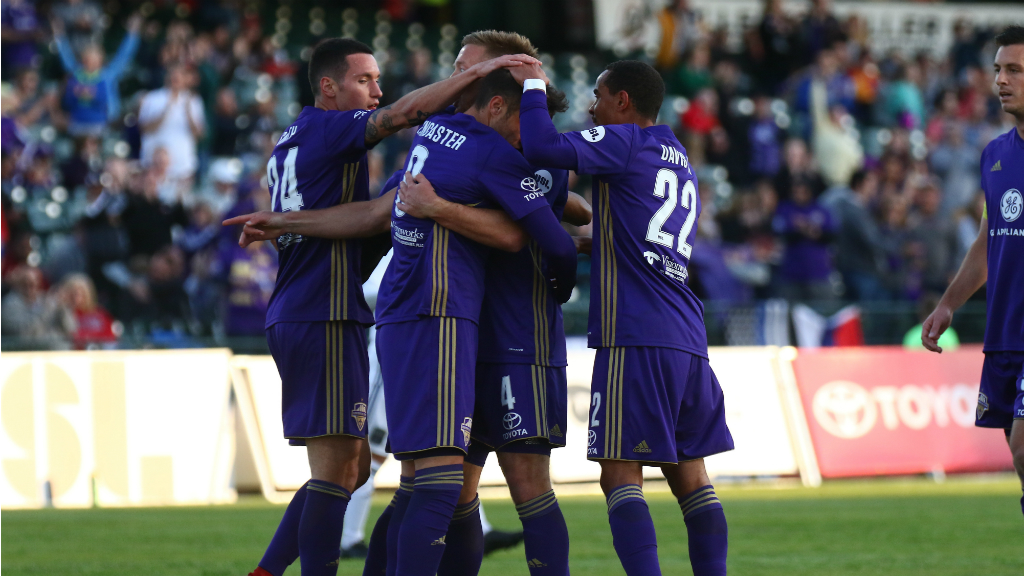 LOUISVILLE, Ky. – Louisville City FC struck fast and often at Louisville Slugger Field on Saturday night to bury Bethlehem Steel FC in a comprehensive 3-1 victory. Louisville wasted no time in getting the scoring started, as Cameron Lancaster's deflected shot in the box ended up back at his left foot, which he promptly drove past Jake McGuire to give the hosts a 1-0 advantage in the 13th minute. Louisville kept its foot to the gas, as just four minutes later, a key piece of skill and a pass from George Davis IV found the feet of Kyle Smith. His cross found the feet of a falling Ilija Ilic, who managed to get some contact towards goal to double Louisville's lead within the opening 20 minutes. The rain would continue to pour for Steel FC, as Ilic delivered a pass to the feet of Lancaster, who drove the ball across goal and inside the back post for his second of the match as Louisville took a commanding 3-0 lead in the 22nd minute. The visitors found an answer, however, as Marcus Epps blasted a rocket from outside of the box in the 44th minute to cut Steel FC's deficit to two heading into the half. Both teams would continue to press for more in the second half, but their opportunities went lacking as the score remained 3-1 despite numerous chances on both ends. Steel FC had a fantastic opportunity in the closing minutes, as Aidan Apodaca got free six yards out from goal, but Greg Ranjitsingh made a stunning one-on-one save to preserve Louisville's two goal lead. Louisville continued to hold the majority of possession and held onto their lead until the end, earning three more points at home and continuing its unbeaten start to the 2018 campaign.

Cameron Lancaster, Louisville City FC – After opening the scoring in the 13th minute, Lancaster doubled his tally in the 22nd minute to lead Louisville to three points.