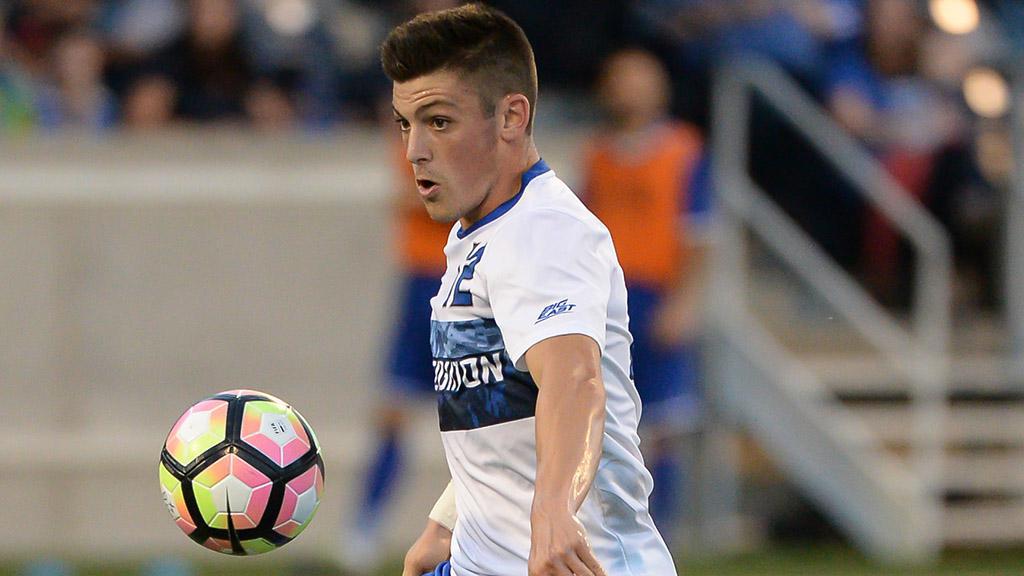 HARRISON, N.J. – The New York Red Bulls II announced on Wednesday the club had signed defender Lucas Stauffer to a USL contract. A former player for the PDL’s Des Moines Menace, Stauffer was selected with the 26th pick of the 2018 MLS SuperDraft by Vancouver Whitecaps FC, but is excited to join the Red Bulls II to start his career.

“Being able to sign my first professional contract with a club with such rich history is honestly a dream come true,” Stauffer said. “I had a fantastic meeting with the club at the 2018 MLS Combine and knew that the style of play suited my mentality and strengths. It's a real honor to be a New York Red Bull player and can't wait to prove to the club and fans what I can do.”

Stauffer was a four-year standout at Creighton University, where he made 86 appearances scoring nine goals and registering 12 assists throughout his collegiate career. In 2017, Stauffer was named to the All-Big East First Team for the second consecutive year, as well as the United Soccer Coaches (USC) All-Great Lakes Region Second Team.

A 5-foot-6 fullback, Stauffer was also a standout in the Premier Development League and made 11 appearances last summer for the Des Moines Menace as the club reached the 2017 PDL Playoffs.

“We're excited to have Lucas join us,” NYRB II Head Coach John Wolyniec said. “We value his skillset at both outside back spots after seeing him at the combine and are anxious to add him to an already competitive group.”

Baffoe has played professionally in his native Ghana since 2012, beginning his career with Asante Kotoko SC where he made 22 appearances in his first season at the club. He later joined Inter Allies FC, and in the 2016-17 served as captain while helping the side retain its place in the Ghanaian Premier League.