After derby victory, aiming to avoid letdown in two-game trip to Canada 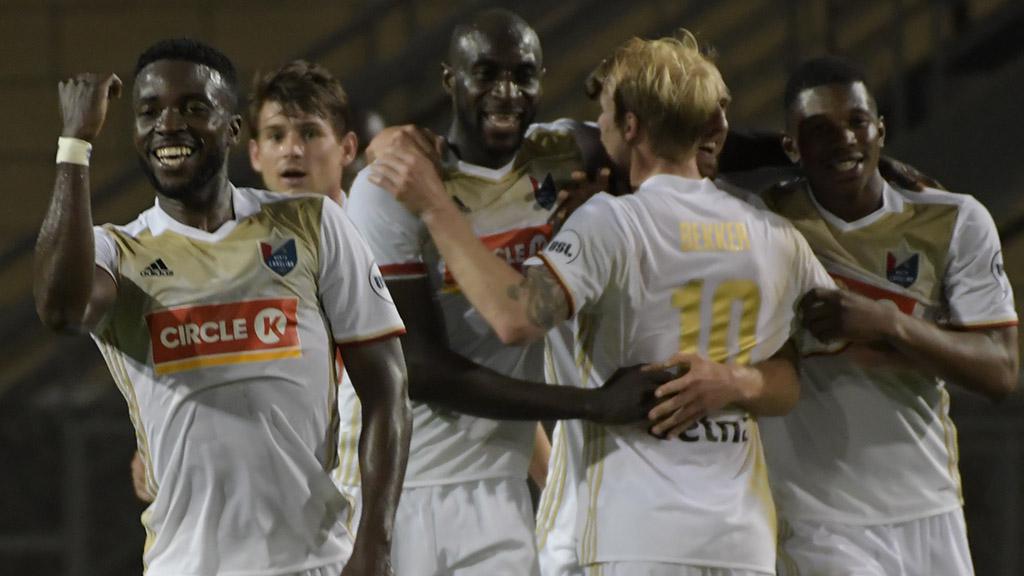 CARY, N.C. – The pressure of picking up the club’s first points of the season is off for North Carolina FC after its victory on Saturday night against in-state rival the Charlotte Independence, but the side is looking to quickly refocus ahead of a busy week north of the border.

Going up against Toronto FC II on Wednesday night, and then being the guest for Ottawa Fury FC’s home opener this Saturday afternoon at TD Place, there’s little room for complacency.

“These games are usually trap games where you come off huge games after beating your rival and you come to play a team that’s at the bottom of the league,” said NCFC’s Steven Miller. “However, we know what it’s like to have zero points. Their backs are against the ropes, just like ours were. They’re going to come out swinging. It’s all about matching their energy from the beginning.”

Toronto has struggled out of the gates this season, sitting without a point from its first three games. It led in its opening game against the New York Red Bulls II, only to see its hosts rally back for victory, and since then has been held scoreless in its past two outings.

That makes Wednesday night a big opportunity for North Carolina, which is hoping it can quickly dig its way back toward the top eight in the Eastern Conference after its sluggish start.

“We’ve got a lot of work to do still,” said NCFC captain Austin da Luz. “We just need to keep it in perspective that now we’re 1-3. It’s great to get points on board, but we still need to claw our way back up the table. We’re not going to look past Wednesday. It’s a big one for us.”

With Ottawa also going through early-season struggles – also sitting without a point through its first three games – there’s plenty of incentive for NCFC to make the most of its only trip to Canada in the regular season. After the confidence boost earned through a derby victory, the side feels there is much more to come.

“Getting the first win under our belts was so important,” said Miller. “Now we travel to Canada for two matches that we feel are winnable games. Our win over Charlotte adds confidence. With a couple results on the road, we’ll get to come back home and be in a great position.”