Still perfect, still No. 1-2, but big wins see others make move up list this week 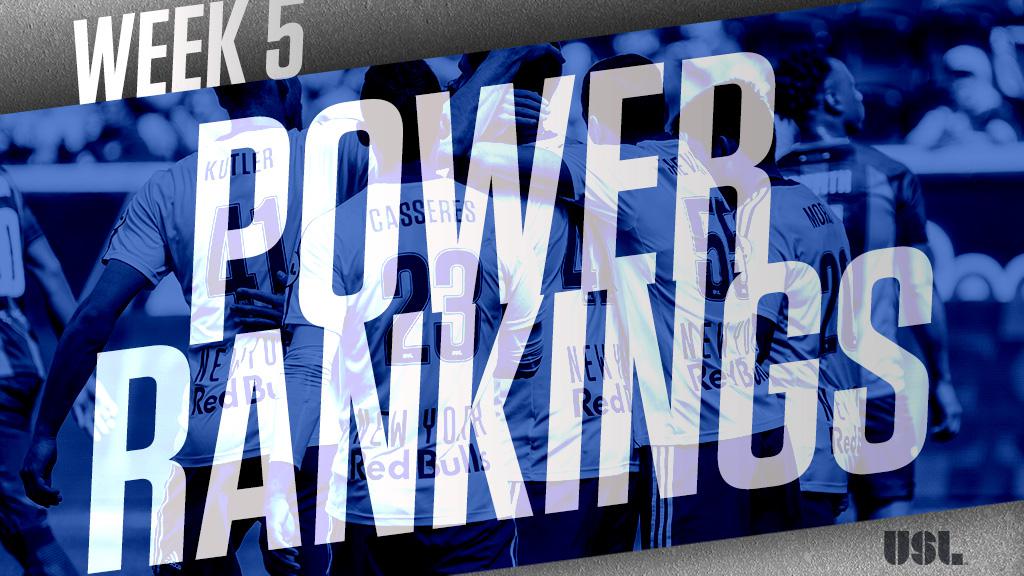 It will come as no surprise that the two teams with perfect records to start the 2018 season, Louisville City FC and Real Monarchs SLC, remain as the top two sides in the USLSoccer.com Power Rankings this week, with Louisville still unanimously sitting at No. 1 after its comeback victory against the Richmond Kickers and the Monarchs now unanimously No. 2 after its midweek win against Seattle Sounders FC 2.

The other side to post a four-game winning streak early in the season, Orange County SC, also makes a solid jump up to take the No. 3 position after its road win in San Antonio. OCSC is now one victory from a new club record and finding different ways to win in the process under Head Coach Braeden Cloutier.

The biggest mover of the week, however, is the New York Red Bulls II, whose 5-0 victory against the Tampa Bay Rowdies shifted the 2016 USL Cup champion into the fourth spot in the rankings. With the next two sides in the list, No. 5 Swope Park Rangers and No. 6 Phoenix Rising FC, set to square off this Saturday, we’re set for another compelling week of action.