Cincinnati, Richmond, Nashville, Sacramento among those who could face top PDL squads 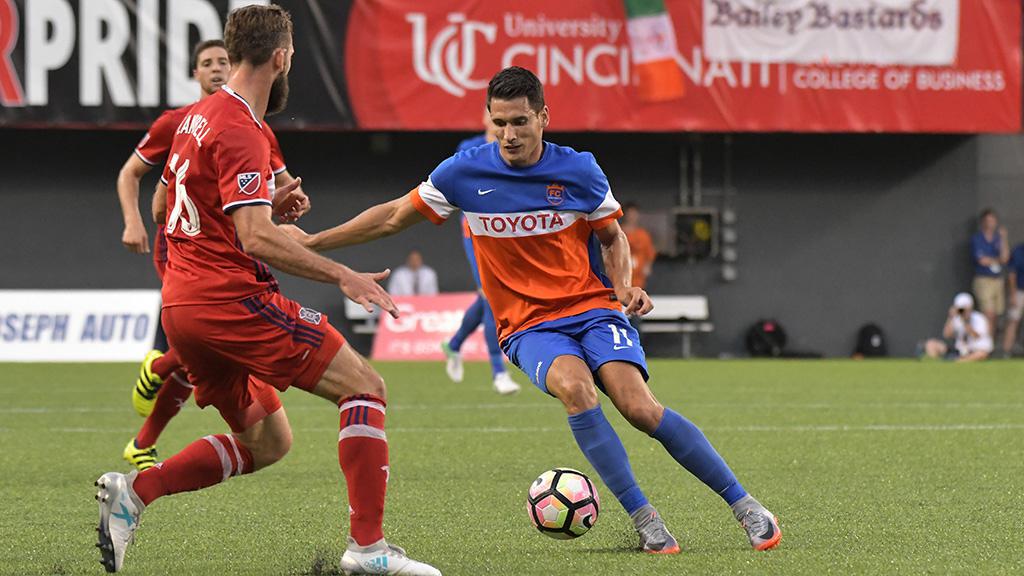 CHICAGO – U.S. Soccer announced on Wednesday the draw for the Second Round of the 2018 Lamar Hunt U.S. Open Cup as clubs across the USL learned their potential opponents when they enter the tournament on May 16.

Among the potential matchups is a clash between FC Cincinnati and Premier Development League’s Michigan Bucks, should the Bucks advance past Detroit City FC in the First Round. The three-time PDL champion Bucks have had a strong history in the Open Cup, including victory against Indy Eleven a season ago, which would put a major spotlight on a game that would see FCC launch its bid to replicate its deep run in the tournament in 2017.

The 1995 Open Cup champion Richmond Kickers will also face an intriguing contest against either perennial PDL Playoffs-contender Reading United AC or regional qualifier Christos FC, who meet in one of the First Round’s high-profile games. 2008 Open Cup finalist the Charleston Battery will welcome either the PDL’s South Georgia Tormenta FC – which next season is set to join USL Division III – or the Myrtle Beach Mutiny as the Battery open their bid for another strong cup run.

Nashville SC’s first foray into the Open Cup as a professional side could see it play a former adversary with the PDL’s Charlotte Eagles slated to visit Tennessee should it overcome Inter Nashville in the First Round. A potential rematch is on the cards for Tulsa Roughnecks FC, which could once again face OKC Energy U23 in the Second Round after the Roughnecks claimed a 5-3 victory at the same stage in 2017.

Out west, Sacramento Republic FC will await a potential meeting with the PDL’s San Francisco City FC in what would be the first competitive meeting between the two clubs, while Las Vegas Lights FC could make its debut against strong PDL club and Open Cup regular FC Tucson – another side set to join USL Division III upon its launch in 2019.