As the Silver State Cup kicks off, we take a look at the big derby matchups in the league this season 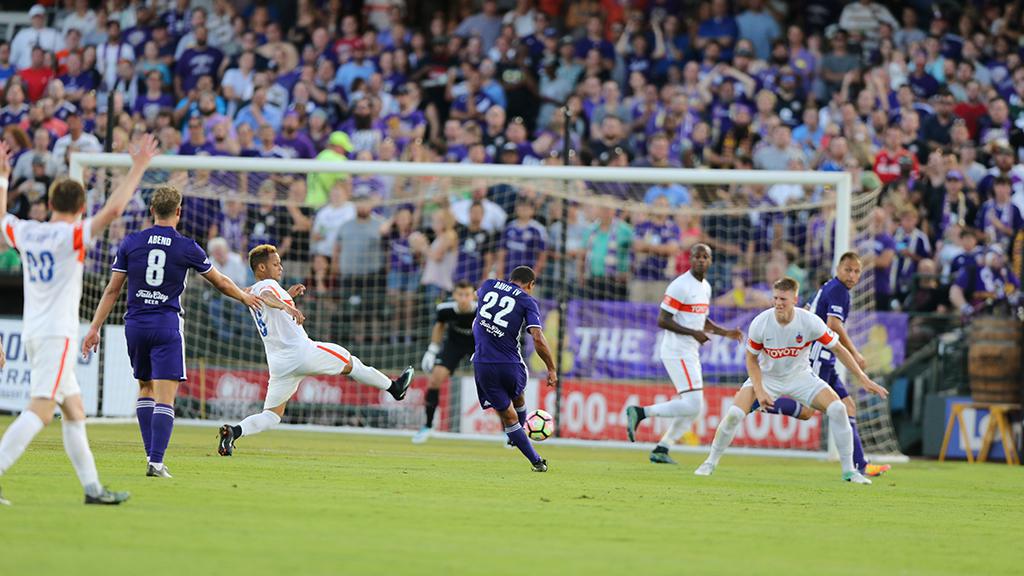 The passion of soccer fans creates a unique experience for everybody attending a match. That was seen across the USL this past week as a record opening-week attendance brought great atmospheres to games across the country. Nowhere is that passion clearer than in the celebrated derbies found in the USL that will be renewed again this regular season, some of which are young, some of which have yet to kick off, and some of which have endured since before the league’s modern era began in 2011. 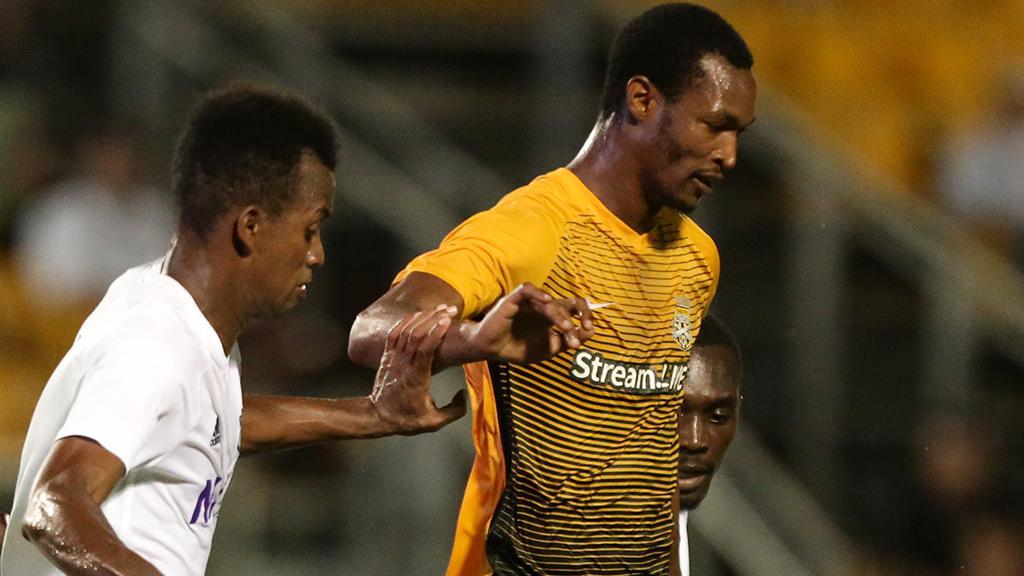 The longest-standing series in the league is the Southern Derby, which has been in existence since 2000 and has featured various teams in the Souteastern States. Last year the Charleston Battery claimed their sixth title, and third in a row with two victories over the Charlotte Independence. Over the years the derby has featured different teams, and this year will see an expanded field with North Carolina FC entering the fray.

The Battery have won four of the seven titles during the USL’s Modern Era, and such has been the club’s stranglehold on this derby that it has lost only four matches in the last five years against its rivals.

Charlotte, on the other hand, is still looking for its first. The Independence got closest in 2016, losing only on goals scored, the second tiebreaker, scoring one fewer goal than the Battery after finishing with an identical record. 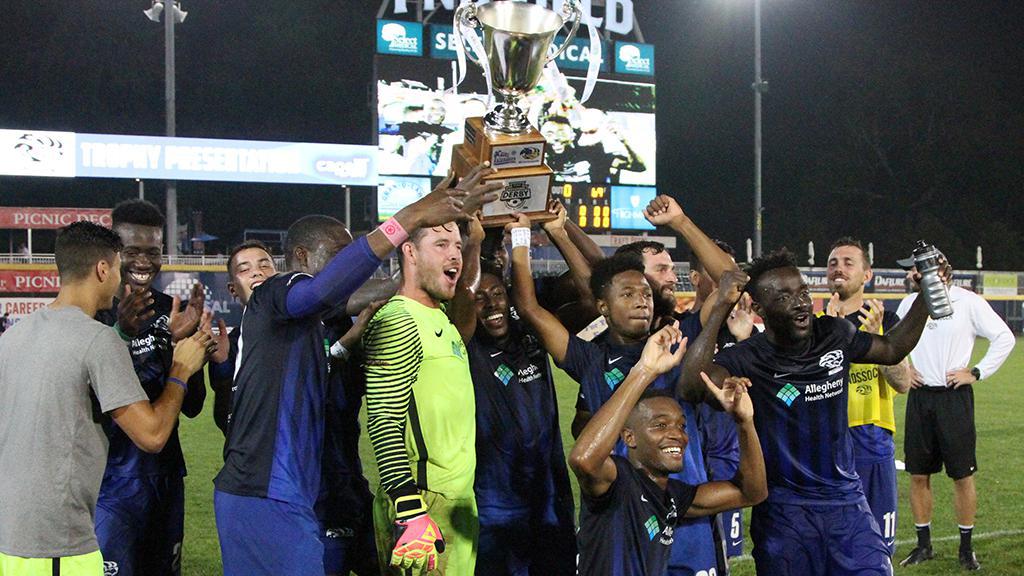 The roots of the Keystone Derby Cup date back to the last decade, when Pittsburgh Riverhounds SC and Penn FC first squared off, but it wasn’t until 2015 that the series was formalized with the introduction of the Keystone Derby Cup. Since then, the clubs have  routinely exchanged wins, making it one of the more heated battles in the league on an annual basis.

The competition started with a bang in 02015 with Pittsburgh taking a 5-2 win on March 28, 2015, before the derby got tight in the other three matches of the year. The second produced arguably the most memorable game of the all-time series, with Riverhounds SC rallying with three goals from the 90th minute on to a 6-5 victory at Highmark Stadium in what is known as the Miracle on the Mon.

Penn FC claimed the series in 2016 with one victory as the sides drew twice, but last season Riverhounds SC hit back to regain the crown and hold the upper hand with five wins over the past three years to Penn’s two. With two home matches in 2018, the Hounds will be confident of defending the cup for the first time, but will surely face another tough fight.

With the most unique trophy of any USL derby, a 4-foot wrench painted in OKC Energy FC’s green and Tulsa Roughnecks FC’s orange, the Black Gold Derby has produced some memorable moments in its three-year history.

The first year of the derby, 2015, saw the battle for the wrench go down to the wire. Following a 1-1 draw in the Roughnecks’ inaugural contest to open the season that saw Brady Ballew etched into the club’s folklore, OKC scored the first win in the derby with a 2-0 win in June.  After a draw in the third encounter, Tulsa needed a 2-0 or better win to stop OKC claiming the wrench for the first time, and it was looking good, until a Peter Toth free kick for OKC cut the Roughnecks’ lead to 2-1 in the 86th minute. That earned OKC the wrench on goal differential, and after a run of four consecutive wins in the 2016 season the trophy remained at Taft Stadium.

In 2017 it all changed as Tulsa claimed the wrench with a game to spare, winning the first two encounters of the season 2-1 as the likes of Juan Pablo Caffa and Joey Calistri drove the club to regional success as well as its first USL Cup Playoffs berth.

Energy FC appears determined to regain the wrench this season, having claimed victory in the opening derby of the season this past Saturday thanks to Francis Atuahene’s first professional goal that led to a 1-0 victory. 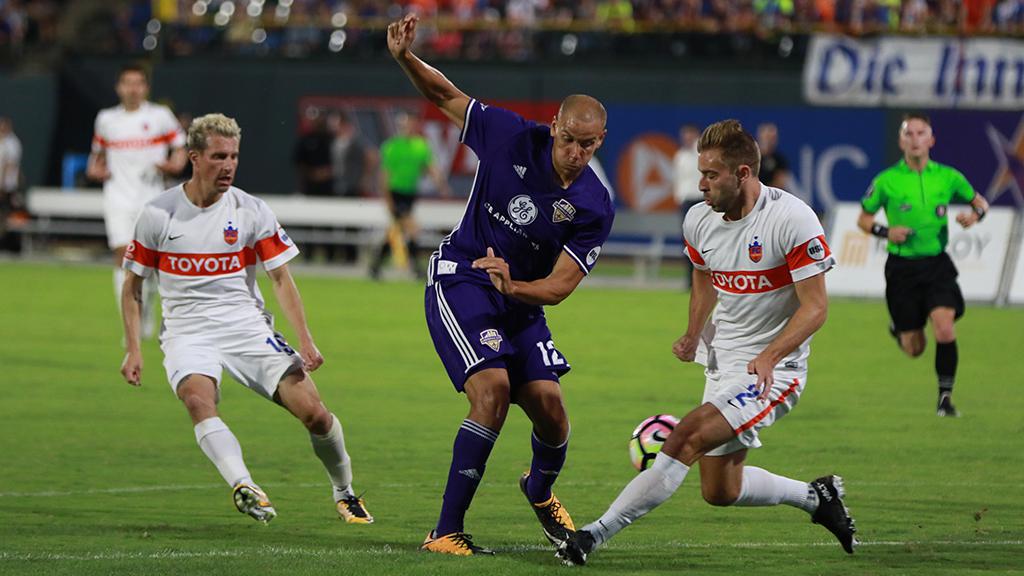 In just two seasons the River Cities Cup has become one of the biggest rivalries in the USL as FC Cincinnati and Louisville City FC have fought six phenomenally entertaining matches, with fans, and players getting heavily invested in the meetings between two clubs separated by only 102.5 miles. A feisty derby that has produced three red cards and 20 goals in six games the River Cities Cup has become must-watch soccer.

Fans from both sides had awaited the opening meeting since the announcement of FC Cincinnati’s arrival in the league prior to the 2016 season, and a then-USL record crowd of 20,497 at Nippert Stadium saw the first match. A hat trick by Chandler Hoffman gave Louisville a 3-2 win  as the contest also saw Louisville’s Sean Reynolds receive the first red card in the rivalry’s history. Despite Louisville winning that opening encounter, Cincinnati won the first River Cities Cup thanks to a 2-0 win in July, claiming the trophy on goal difference.

Louisville claimed the second edition of the trophy last season, following a season that saw the teams finish 1-1-1 during the regular season. After a draw opened the season, Cincinnati took a 3-2 victory at Slugger Field to gain the upper hand. Louisville came back to claim the trophy with a 5-0 win in August, the biggest ever win in the River Cities Cup’s history.

April 7th’s first meeting between the teams this season, which also serves as FCC’s home opener will have the attention of both cities, but also a wider national audience as well. 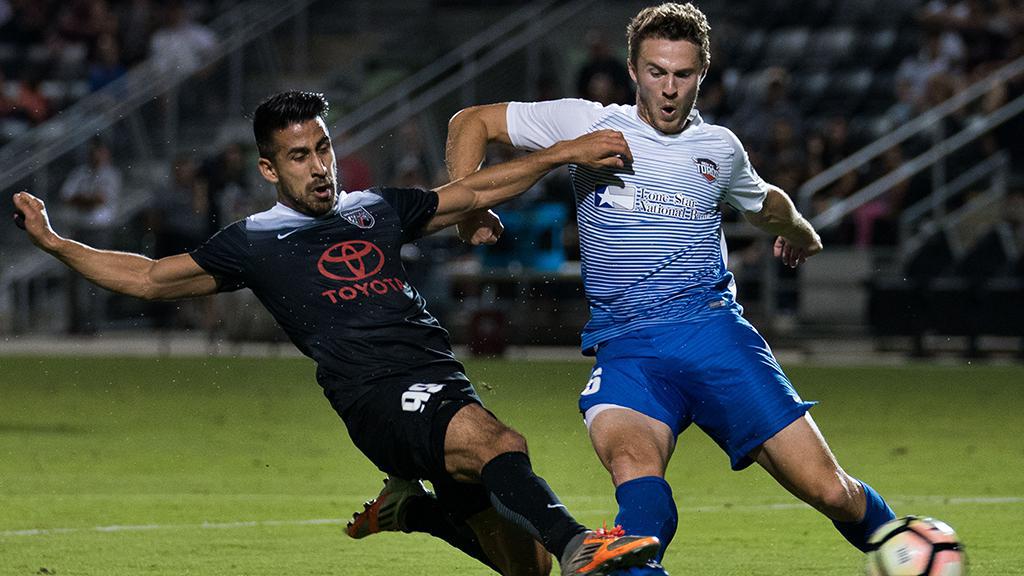 Another two-year-old rivalry, the South Texas Derby has produced some big moments, with both San Antonio FC and Rio Grande Valley FC having produced memorable moments as part of some exciting matches.

A stoppage-time winner in the first meeting between the clubs on May 7th, 2016 saw the Toros steal all three points from San Antonio, and that trend continued as the Toros won all three matches in the first season, including a 3-0 win on the final day of the season which ended SAFC’s USL Cup Playoffs hopes.

SAFC got its revenge on the opening weekend of the 2017 season as it ruined the grand opening of the Toros’ newly-opened H-E-B Park with a 1-0 win thanks to a Billy Forbes’ 15th-minute goal. RGVFC’s Jose Escalante became an unpopular man at Toyota Field in the second derby of the year, scoring the winning goal and being the player fouled in Ben Newnam’s red card that condemned San Antonio to a 1-0 loss, but the final meeting of the season saw roles reversed as Escalante saw red for the Toros in a 3-0 victory for SAFC that claimed the season series.

Escalante has been a big part of the South Texas Derby so far and will continue to be a key player in the derby following his switch of sides, joining San Antonio FC this offseason. The derby could also add another element in 2019 as the expansion team from Austin might be thrown into the mix creating more derby contests for fans in Texas. 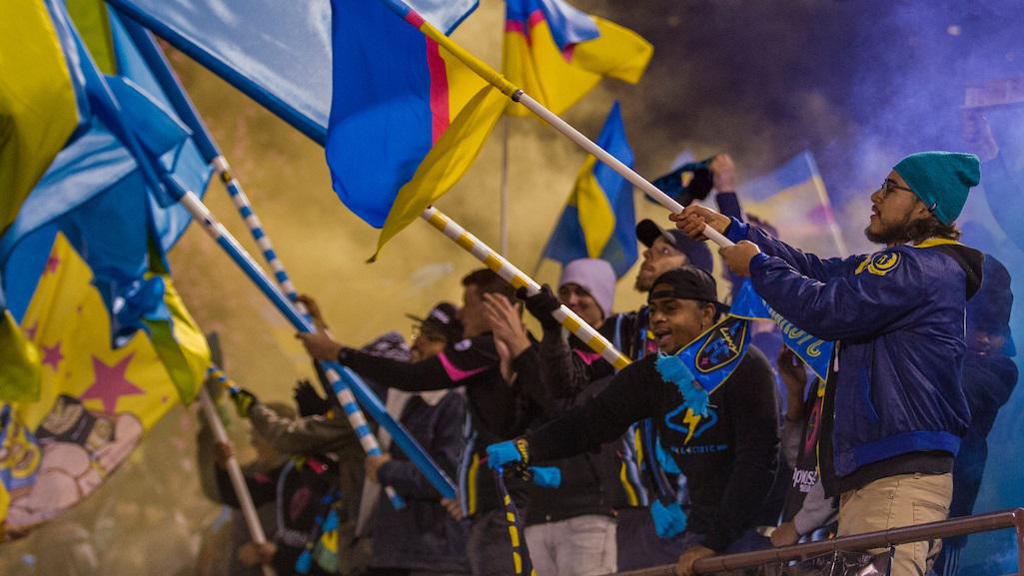 The newest rivalry in the USL, unveiled on Wednesday as the Silver State Cup, will kick off this weekend when Las Vegas Lights FC plays host to Reno 1868 FC for the first time at Cashman Field.

With Reno having completed its first season in 2017 with a great deal of success, setting a USL single-season record with 75 goals in the regular season among its accomplishments, the first meeting between the two clubs has been hotly anticipated, even being a point of discussion from Nevada Governor Brian Sandoval at Lights FC’s introduction last summer.

With the banter flying back and forth between the two clubs and both sets of fans, the players will be ready to claim first blood in what is sure to be a ferocious rivalry this Saturday night.