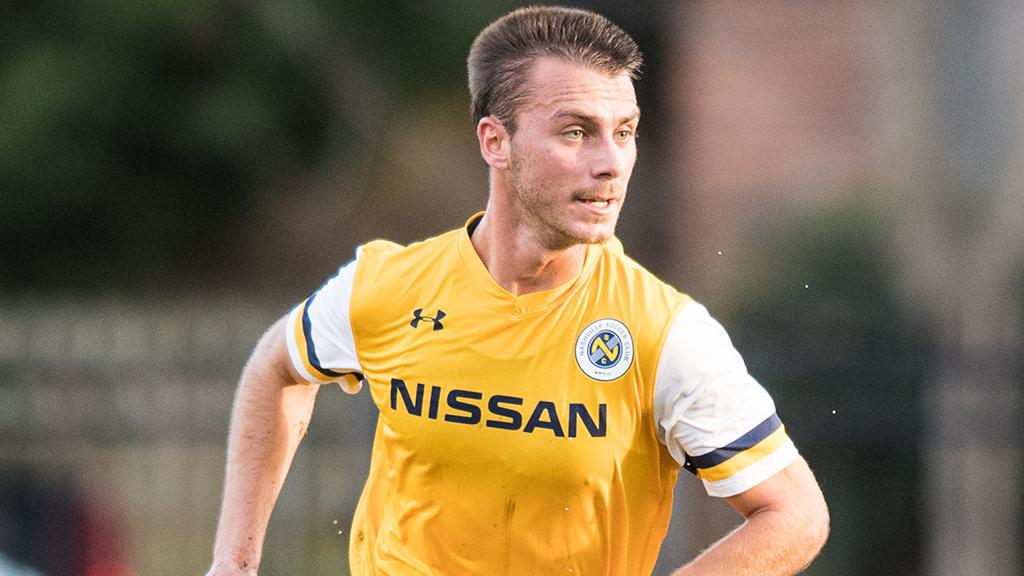 As the lone holdover from Nashville SC’s Premier Development League side a season ago, there’s a special place in the club’s history for rookie midfielder Martim Galvão.

The Portuguese playmaker led last year’s Nashville SC U23 with seven goals and was embraced by the club’s support. His time in the Music City also gave the 22-year-old an appreciation for one of the fastest-growing cities in the country, and the culture the club was building in advance of its move to the professional ranks in the USL this spring.

That was only galvanized by a midsummer visit to Nissan Stadium, where Nashville will now host its inaugural professional home opener this Saturday against the Pittsburgh Riverhounds SC (6 p.m. ET | Match Center) in front of the fans who have welcomed and help grow the club from its humble origins.

“At Nissan Stadium over the summer, we had a little marketing thing there, and it was pretty cool to see just how amazing the stadium is, how amazing it is to step on the field and see that beautiful stadium around us,” said Galvão in preseason. “I feel like it was the right choice from the club to promote the team and give them a chance to play in the big stadium and a big crowd, and we really hope we can have as many people to support us and get the win.”

With more than 17,000 tickets already sold for Saturday’s game, the atmosphere at Nissan Stadium is certain to surpass the welcome NSC received in its first preseason outing against Atlanta United in February. With more than 9,000 fans braving torrential rain throughout the game, the moment Galvão stepped on the field was one that resonated personally, and the fans.

“It was definitely incredible,” said Galvão. “The weather was not the best, and people still showed to support us and cheer for us, and that says it all. It means the whole soccer movement is coming together and everyone is wanting to support us as much as we can.

“It was definitely a memorable moment to jump on the field and feel that environment and play against an MLS side which was really good. The whole experience is something I’ll remember for the rest of my life.” 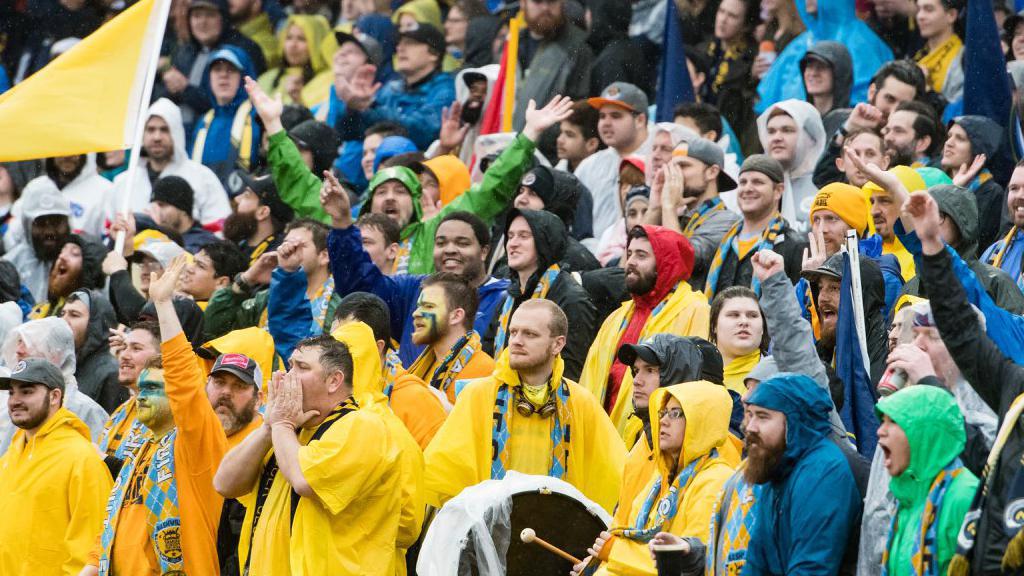 The warm welcome Nashville’s sporting community has given the new club has reflected the spirit the runs through the city, according to Galvão. The Lisbon native arrived in the United States in 2014 to study at and compete for Pfeiffer University, located about an hour from Charlotte in North Carolina, and during his travels hasn’t quite experienced the same feeling he gets from his new home.

“It’s like the whole city has a positive energy,” said Galvão. “I feel positive vibes in the city, and that’s something that I haven’t felt in many of the other cities I’ve visited in the States. It’s definitely great to be in a great city with a great team with a great staff, a lot of good people and experience. The whole package together makes me feel very happy and very excited.”

Feeling settled in the city will likely be beneficial for the rookie as he looks to raise his level in the professional ranks. With an experienced group of players around him, Galvão is aware his first season will be one that likely sees him learn more than see action during the regular season, but he believes its an experience that will benefit him long-term.

“I don’t want to say it’s a building year for the team, because it’s not, we want to win, we want to have the winning mentality every game, but for me it will definitely be a learning year full of experiences all the time, whether it’s in practices or in games,” he said. “The whole environment is providing me a lot of learning moments, and that’s something I’m looking forward to because I want to grow as a player, and little by little, day by day, I learn more and more and more, and that’s going to be useful to me in the future.”

That position on the team was reflected last Saturday, where Galvão wasn’t part of the 18-man gameday squad to face defending champion Louisville City FC in Nashville’s first professional outing. But should the call come from Head Coach Gary Smith this Saturday, or later in the season, Galvão believes he’ll be ready to step up.

“Coach is here to make his decisions and I’m sure he’ll make the best decisions for the team,” said Galvão. “Whenever my chance comes I’ll be there. I’m really looking forward to it, I’ve been working hard so I can see that happen and step on the field as a professional, so we’ll see.”

Even if he is only a spectator on Saturday evening, though, the day itself is setting up to be a special one for those as connected to the club as Galvão has become.

“I’m sure a lot of people will come out,” he said. “I’m sure the ones that will be there will be loud and will make sure that we’ll have good support.”