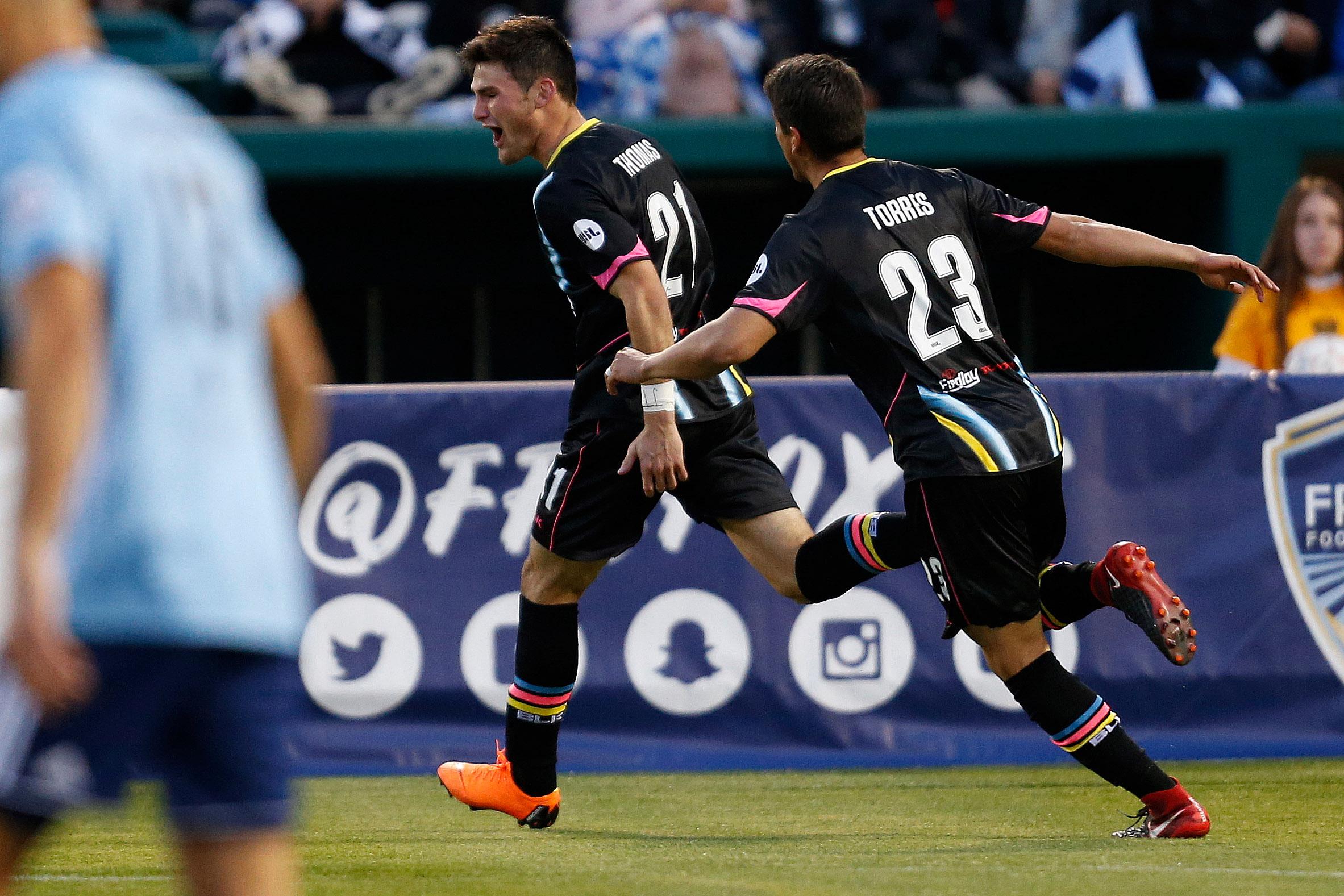 FRESNO, Ca. – In a battle of two of the United Soccer League's newest clubs, Las Vegas Lights FC struck early to seize its first win in franchise history in front of 7,769 fans at Chukchansi Park. The Lights rocketed out to an early lead over Fresno FC, as Matthew Thomas' blast from the left side nestled into the lower-right corner for the team's first-ever goal in just the second minute. After that lightning strike, proceedings slowed down as Fresno FC caught its collective breath and started to win more and more possession. Fresno did their best to level the score, including a 37th minute free kick off the foot of Juan Pablo Caffa that forced a stunning save from Lights goalkeeper Riccardo Ferrino to keep the lead at one heading into the break. That missed opportunity would come back to bite Fresno, as the Lights would strike in the second half to double their advantage. After a long-throw into the box, the ball fell to the feet of Alex Mendoza, who sent a rocket past Kyle Reynish from just outside of the eighteen. The woes would snowball for Fresno, as Las Vegas would make it three just a few minutes later thanks to a header from Joel Huiqui off an Anuar Kanan corner. Thankfully for the home fans in attendance, the hosts would at least manage a milestone of their own in the second half. After a beautiful dish over the top of the defense from Bradley Kamdem Fewo, Jemal Johnson would slot home the first goal in Fresno history to cut the lead to two. Fresno would make it very nervy for the Lights near the end of the match, as Renato Bustamante would score a second for the hosts in the final minutes to bring them within one. Ultimately, it wouldn't be enough and the Lights would leave Chukchansi Park with the first three points in franchise history.

Matthew Thomas, Las Vegas Lights FC – In an absolute dream start to the Lights' existence, Thomas' second minute goal sparked the visitors to an inaugural victory over their expansion rivals.