Rowdies Wrap Up Preseason with Victory 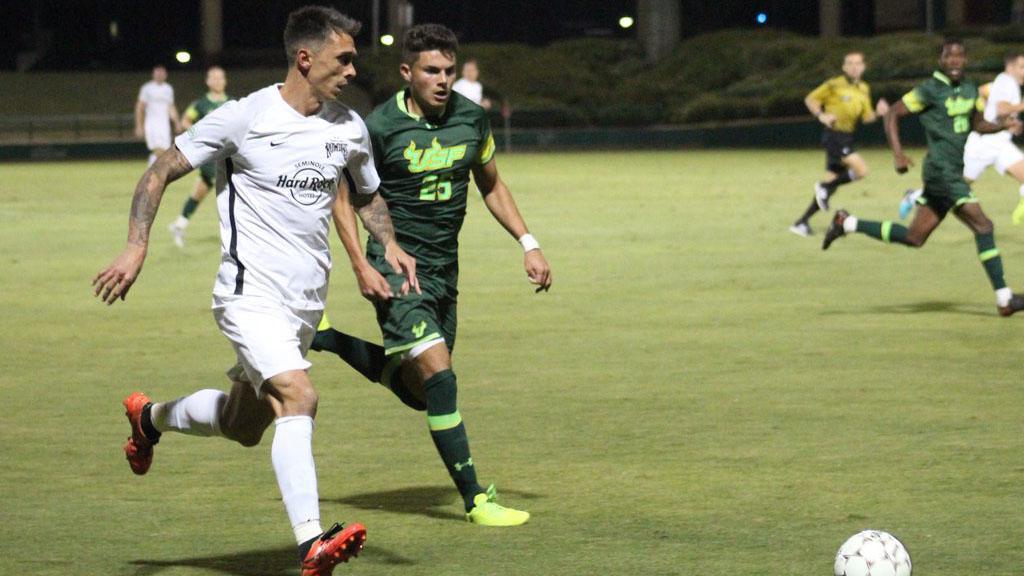 TAMPA, Fla. – The Tampa Bay Rowdies got a goal and assist from Leo Fernandes and a pair of assists by David Najem as they wrapped up their preseason schedule with a 5-2 victory against the University of South Florida Bulls at Corbett Soccer Stadium on Friday night.

“I was very pleased with the performance tonight,” said Rowdies Head Coach Stuart Campbell. “We've had a strong preseason and it has prepared us well for the upcoming 2018 season. I am looking forward to next Saturday and kicking off the season against North Carolina.”

Tampa Bay created numerous chances to take the lead early as Marcel Schäfer first forced a save from Bulls goalkeeper Harrison Devonish-Meares, and then couldn’t quite connect with Fernandes with a cross that flashed across the six-yard area. The Rowdies went ahead six minutes before the halftime break, however, as Najem found Joe Cole for an effort from 25 yards that found the top-left corner of the net.

The Rowdies’ lead only lasted three minutes as the Bulls hit back when Trey Jackson wove through the defense before slotting home his finish, but the visitors regained the lead five minutes into the second half when Michael Nanchoff curled in a shot after Najem played provider again. Within a minute Fernandes made it 3-1 after he received a low cross from Zac Portillos and easily buried his chance.

“We were a bit disappointed giving up the quick equalizer,” said Campbell. “We spoke about it at the half and I told the guys we needed to react and that's exactly what they did.”

Georgi Hristov added a fourth for the Rowdies just past the hour-mark as Fernandes delivered a low cross to the far post, finding a wide-open Hristov to finish. The Bulls reduced the deficit five minutes later when Tomasz Skublak put home a goal that rewarded a strong overall performance, but Jochen Graf wrapped up the win for the Rowdies from the penalty spot after being brought down in the area soon after coming on as a substitute.

“After giving up the first goal, I wanted to make sure we reacted, and it was important to see it happen,” said Campbell. “We were a very strong team the full 90 minutes, with their keepers making several great saves to keep them in the match. Despite that, we were able to come out with the win.”