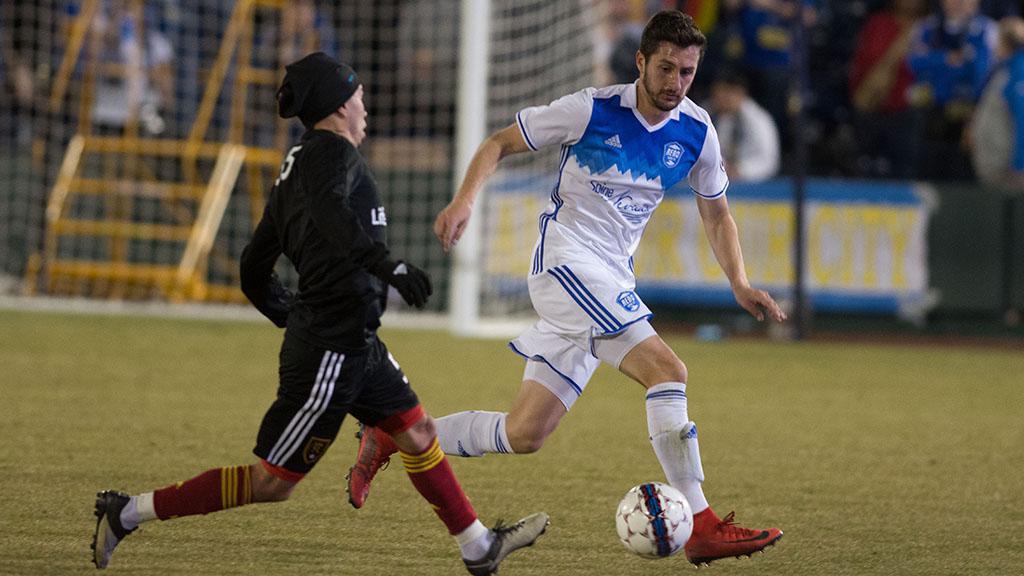 RENO, Nev. – Reno 1868 FC got a late penalty kick by Tommy Thompson to earn a 1-0 victory against Real Monarchs SLC in a preseason clash between the two USL Western Conference rivals at Greater Nevada Field on Wednesday evening as Reno completed its preseason slate on a high note on home turf.

The match was decided in the game’s final minute when 1868 FC earned a late penalty kick when Connor Johnson was ruled to have been pulled down during a corner kick for the hosts. Thompson calmly stepped up to take the spot kick and sent Monarchs goalkeeper Connor Sparrow the wrong way for the game’s only goal.

Thompson was among a handful of players who joined 1868 FC for Wednesday’s game on loan from MLS partner San Jose Earthquakes, with goalkeeper J.T. Marcinkowski twice being called upon to make important saves to keep the Monarchs from opening the scoring in the first half. Both Sebastian Velasquez and offseason Monarchs addition Maikel Chang forced saves from the former United States U20 international to keep the game scoreless at the halftime break.

The second half saw 1868 FC generate more pressure as the Monarchs switched lineups at the halftime break. The visitors also had chances, and Monarchs midfielder Jose Hernandez fired a shot toward the near post with 20 minutes to go, but his effort was held well by Marcinkowski.

Thompson almost broke the deadlock eight minutes later, but was unable to finish off a rebound opportunity, but when presented the chance to decide the game from the penalty spot the Quakes Homegrown signing made no mistake to send a crowd of more than 2,000 fans in chilly conditions home happy.

“I think it was a good result for us against a good team. We can build on that going forward,” said Reno Head Coach Ian Russell. “They have some good players and you know they are going to put you on your back foot throughout the game. But we held strong defensively and JT did well.”