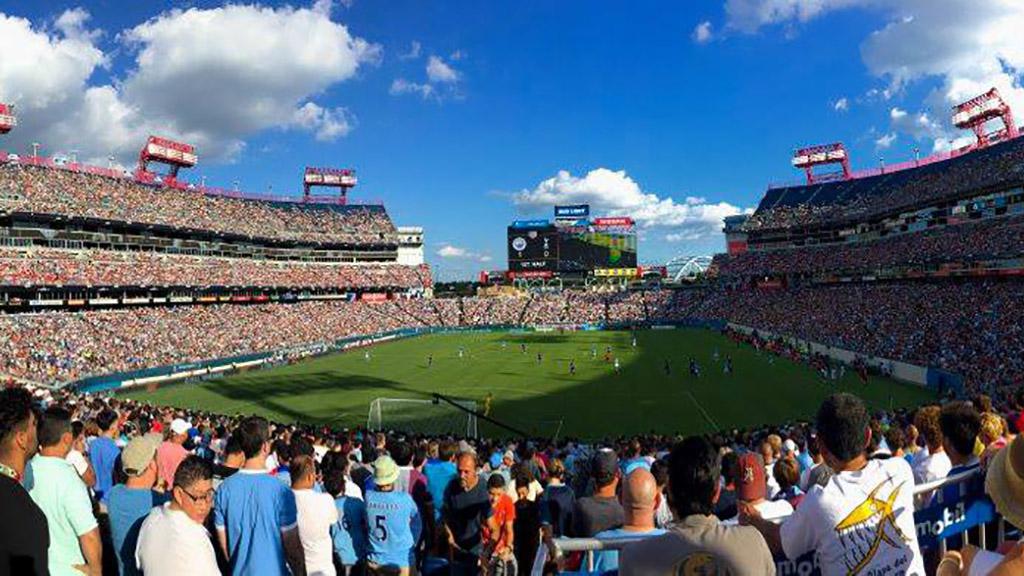 NASHVILLE, Tenn. – Nashville SC announced on Monday its inaugural USL home opener against the Pittsburgh Riverhounds on March 24th at 5 p.m. ET had been moved from First Tennessee Park to Nissan Stadium, home of the National Football League’s Tennessee Titans, due to high demand for tickets.

“We saw the incredible passion and support of our fans in our preseason exhibition last Saturday,” said Nashville SC CEO Court Jeske. “On Saturday, March 24, we have our first opportunity to play a regular season match in front of those fans. By moving this event to Nissan Stadium, Nashville Soccer Club wanted to ensure that every fan that wants to take in history will have the opportunity to do so.”

“We are excited to host Nashville SC’s first regular season game in March,” said Bob Flynn, Titans VP of Facilities and Game Day Operations. “We have hosted a number of world class soccer teams at Nissan Stadium through the years and we are thrilled to finally be able to host Nashville’s team. It should be a fun atmosphere to kick off their inaugural regular season.”

Nashville welcomed a crowd of 9,059 fans to First Tennessee Park for its preseason opener against Atlanta United this past Saturday as the club’s professional era began. The USL record for an inaugural home regular-season contest is held by Sacramento Republic FC, which welcomed 20,231 to Hughes Stadium to kick off the 2014 season.

The game will be the first soccer contest played at Nissan Stadium since two international events last July. Together, the CONCACAF Gold Cup and International Champions Cup saw more than 100,000 soccer fans packed into Nissan Stadium.