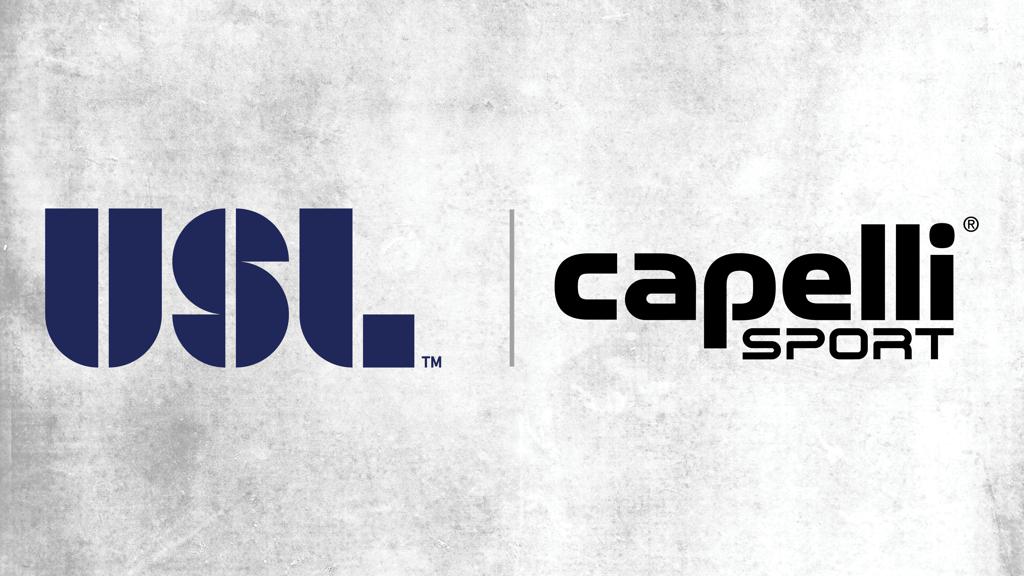 TAMPA, Fla. – The United Soccer Leagues, LLC, today announced it has established a wide-ranging partnership with Capelli Sport, with the renowned manufacturer becoming the Official Apparel Supplier of the Premier Development League (PDL) and Super Y League, and the Official Armband Supplier of the USL. Terms of the agreement were not disclosed.

Led by Penn FC principal owner George Altirs, Capelli Sport has a strong history of partnership with clubs throughout the USL, the PDL and the Super Y League, making it one of the top up-and-coming soccer apparel companies in the United States over the past five years. The company’s quality has placed it firmly on the map in soccer circles, with the organization recently adding a number of international, professional soccer partnerships to its portfolio.

“Capelli Sport has very quickly become one of the most recognizable brands within the USL thanks to its outstanding quality and design,” said USL President Jake Edwards. “It has been an absolute pleasure getting to know George Altirs and his team through their ownership of Penn FC, and we are tremendously excited to add Capelli Sport as an official league partner across all of the USL’s properties.”

“We are looking forward to activating the partnership with the United Soccer League, Premier Development League and Super Y League,” said Capelli Sport President George Altirs. “These organizations match the growing interest in the game by providing platforms for quality play and development at every level of competition throughout the United States. Through this partnership, participating athletes will be introduced to Capelli Sport and our proven, innovative sportswear, team wear and gear, which have been designed to meet their needs on the pitch.”

Over the next five years, the USL will oversee the expansion of an estimated 30–40 new franchises at the second and third divisions of professional soccer, creating numerous opportunities for potential suppliers and vendors to support this growth.

Through its Preferred Supplier Program, the USL will connect suppliers with both new franchise owners and existing USL clubs looking to deliver the best possible experience for fans. Preferred suppliers must meet the USL’s strict quality standards. These are “Best in Class” companies that provide services and products to professional franchises and stadium developers. The USL is currently in discussions with suppliers that support stadium development, as well as the buildout of team front offices and operations.