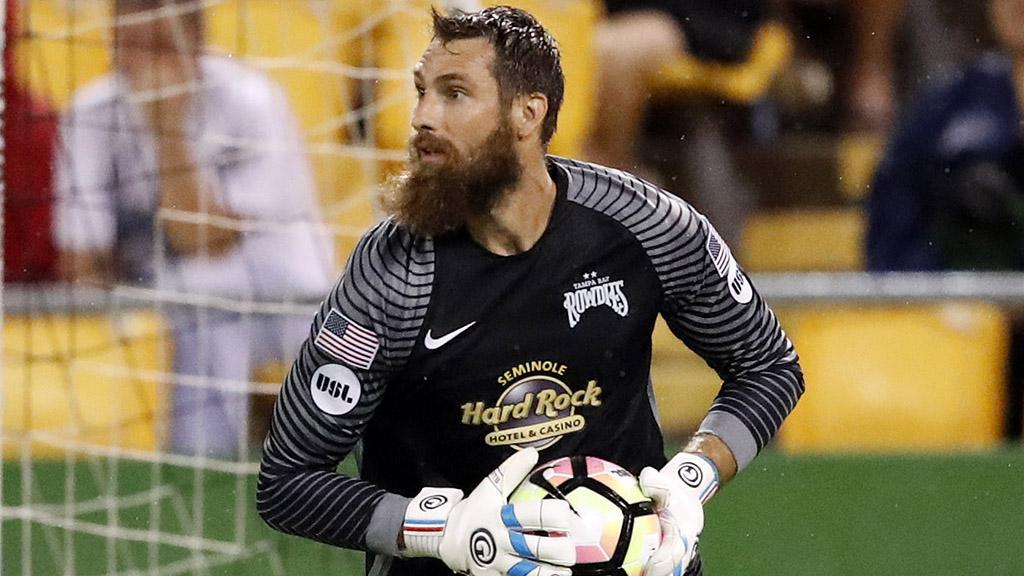 With more than 250 professional appearances under Matt Pickens’ belt, Nashville SC’s first signing for its inaugural professional season in the USL next spring has a wealth of experience to draw from thanks to his time in Major League Soccer and the USL.

We caught up with Pickens this week after his official introduction in the Music City to talk about being part of a historic moment, his time with the Tampa Bay Rowdies, and being reunited with Head Coach Gary Smith, with whom he won an MLS Cup seven years ago.

Q: What does it mean to be the first professional signing in Nashville SC’s history?

Matt Pickens: To be named Nashville SC’s first-ever player is truly a great honor, and something that I will take great pride in day-in and day-out working for the club towards achieving success on the field and in the Nashville community.

Q: You’re going to be reunited with Head Coach Gary Smith in Nashville, what are you looking forward to most about working with Gary again?

MP: Gary and I, along with a great group of players and staff achieved success at the MLS level in the past. This success is something we hope to re-create again in Nashville. Gary is someone I have always respected since Day 1 of playing for him. He has a wealth of experience in coaching not only in the U.S. but England as well. He creates a great soccer culture in the locker room and a competitive environment on the field, something I look forward contributing to with him.

Q: You famously won the MLS Cup in 2010 alongside Gary when you were with the Colorado Rapids, what is the biggest memory that has stayed with you from that season?

MP: I do not have a “biggest memory” of that time, but instead a feeling, which to me is more important. The feeling within the group of that 2010 championship team was blue-collar and as humble of a group I have ever been a part of. We did not have any superstars, but rather a hard-working group of guys, no-one above another, competing honestly every day at training which spearheaded an MLS Cup victory. We were very well-balanced as a team in every aspect and that feeling mirrored that throughout the entire 2010 season.

Q: You’re arriving from the Tampa Bay Rowdies, where you made more than 100 appearances. What did your time at Al Lang Stadium mean to you?

MP: My time playing for Tampa Bay Rowdies is something that I am extremely grateful to have experienced. That club has taken great strides forward the four years I was playing there and the perspective of seeing the city grow behind the team down there was absolutely amazing. The effort and dedication Bill Edwards has put into the club has been tenfold. My experience playing for the Rowdies was extremely enjoyable and I have nothing but positive feelings about my time there. The players, coaches and staff in Tampa Bay are first-class people which made it a pleasure every day there for me.

Q: How tough was it getting eliminated in the Eastern Conference Semifinals this year in the playoffs in what was an epic game with the New York Red Bulls II?

MP: It is always tough losing a playoff game. This is soccer and I understand it well enough to tip my hat to the Red Bulls II. We played well enough to win that game if it wasn’t for some excellent goalkeeping by Red Bulls II goalkeeper Evan Louro and a group of gutty young kids working their tails off to beat us in overtime at Al Lang. At the same time, it was the defending USL Champions who knew how to win in the league, and they played the game well that night, so you have to respect the result, as difficult as it may be. 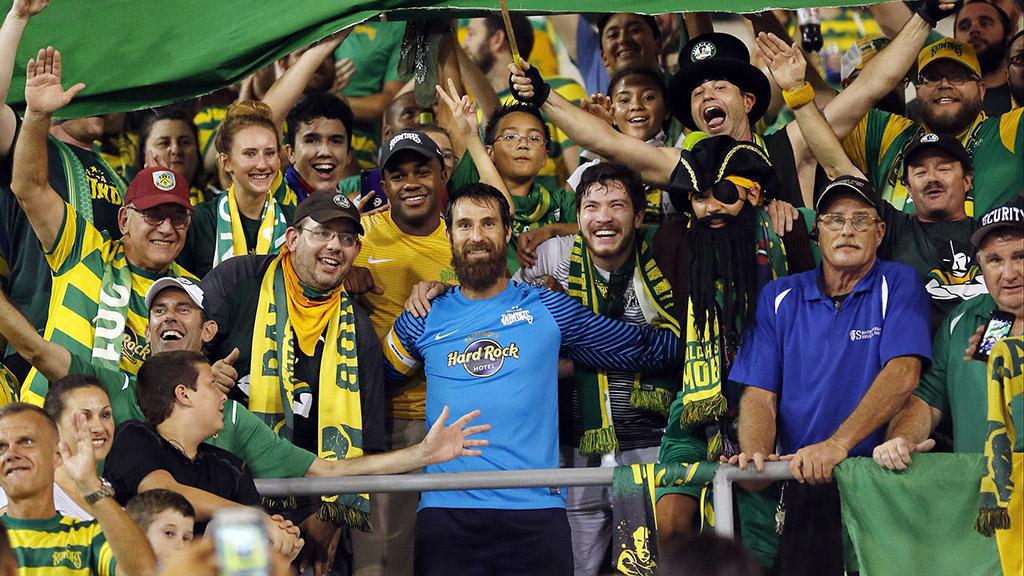 Q: What made a move to Nashville the right one for you at this point of your career?

MP: There are many elements that played a part in my decision to join Nashville SC. The most important of all is that of a new challenge with the opportunities in Nashville. I try to continue to challenge myself so that I do not fall victim to comfort in my playing career. I know that this project of building a successful club in Nashville will be fun and challenging at the same time. From the ownership group to the staff and front office persons at Nashville SC, I envision this club will be another gem in the American soccer landscape. I am excited to see the city of Nashville get behind us on this ride we’re about to set off on.

Q: You’ve made more than 250 professional appearances already, what are the biggest lessons you’ve learned?

MP: Some of the biggest lessons I’ve learned throughout my playing career is to be grateful for every year of professional soccer that I play because it will not last forever. A worker’s mentality is something that I rely on first and foremost. You must always learn from your negative experiences because they create your positive ones. Your character is extremely important to the success of a group. Competition will make you grow as a soccer player and a person.

I am also thankful for the enormous dose of culture that soccer has given me. Those experiences working together toward a common goal with players of other countries, languages, customs, and religions every day for the past 14 years has given me a perspective that I probably would not have developed without playing soccer.

Q: Joining the club is one thing, but how much are you looking forward to calling a city like Nashville your home?

MP: My family and I are extremely excited to experience the buzz that this city continues to generate around the U.S. I am a Midwest boy, so I believe I’ll feel at home here in Nashville. The scenery is amazing, and I look forward to getting outdoors in the downtime as much as possible. I’m also hoping to experience some live country music at some point. 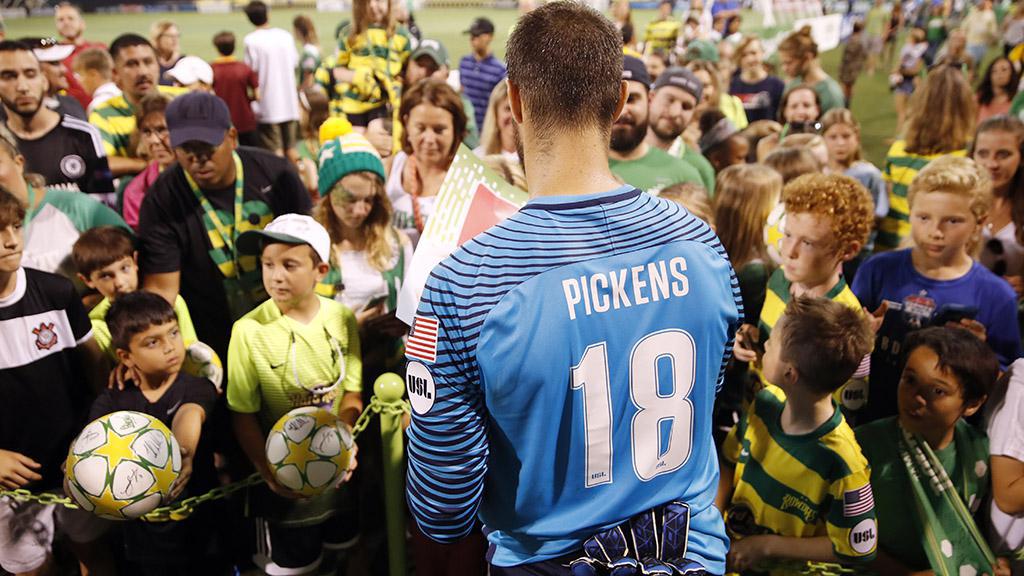 Q: We’ve seen teams regularly come in and compete immediately in the USL as expansion sides. What are your expectations for the 2018 season?

Q: If there’s one thing you could tell Nashville’s fans and the Roadies, what would it be?

MP: Thank you for allowing me to be a part of your club. I hope we can proudly represent you and together have much success. I look forward to seeing and hearing you on the field. Let’s do it together as one, Nashville SC.