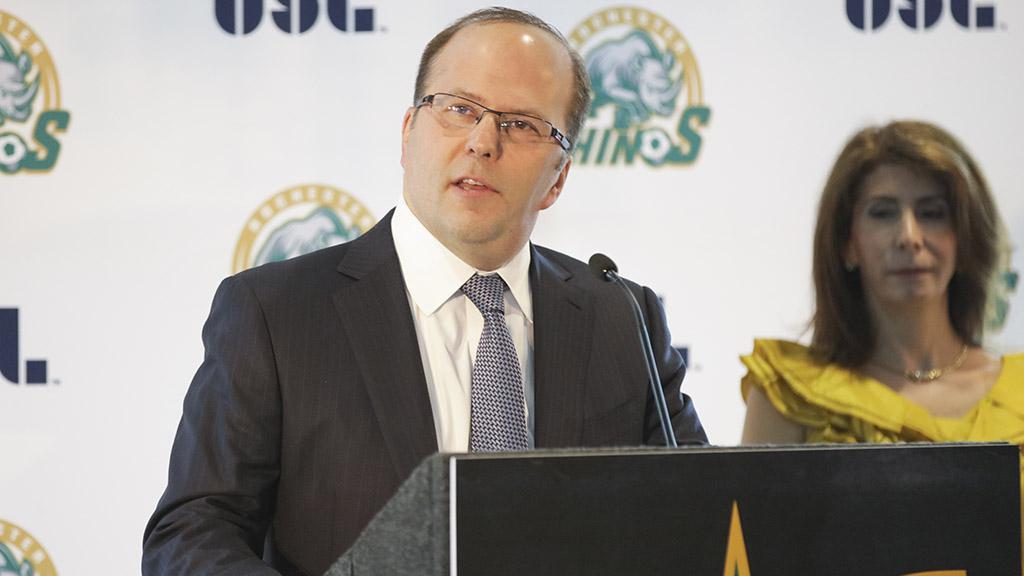 ROCHESTER, N.Y. – The Rochester Rhinos announced today that they will take a one-year hiatus from play in the United Soccer League (USL) during the 2018 season. This comes as the community rallied to generate increased support over the past two weeks, yet not to the extent needed. Significant gaps remain, including Capelli Sport Stadium’s exclusion from receiving a portion of the Hotel Occupancy Tax.

The club will remain in good standing with the USL throughout the 2018 season. As it looks to the future, the Rhinos will aim to build on recent momentum with local business leaders and fans to create stronger bonds.

“We want to sincerely thank our fans, sponsors, players, coaches and staff for their unwavering enthusiasm, and their attempts to rally others,” said Rhinos Co-Owner David Dworkin. “We will continue to work diligently with supporters, the regional business community and government leaders to solidify a foundation for sustained success, including placing Capelli Sport Stadium on equal footing with other facilities in Monroe County and the City of Rochester.”

Capelli Sport Stadium will host several USL regular-season contests during 2018, with the dates and match-ups to be announced upon release of the 2018 USL schedule. In addition, the Junior Rhinos youth soccer program will continue throughout 2018.

The Stadium will also continue hosting events including concerts and festivals next year.

Fans who ordered 2018 Rhinos season tickets will have their purchases refunded in full beginning Tuesday, December 5th.   Any fans who would prefer to have their deposits credited towards 2018 USL matches at Capelli Sport Stadium may contact the box office directly prior to December 5th.  For additional questions and answers regarding today’s announcement, please visit RhinosSoccer.com.