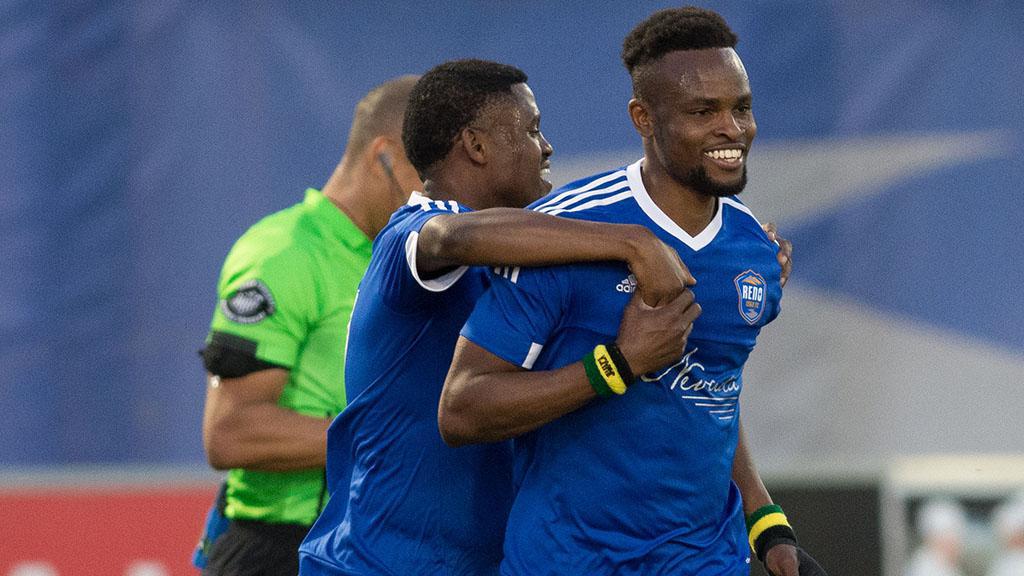 RENO, Nev. – As the first signing in Reno 1868 FC’s history, and bringing with him the reputation of one of the standout forwards in the USL’s modern era, Dane Kelly certainly had high expectations externally for what he would bring to the 2017 USL expansion side.

But if there were those expectations from others, the laid-back Jamaican certainly didn’t feel any additional expectations going into the new season.

“The players that the coaches signed were really good players, so I wouldn’t say there was an expectation to live up to, but I think I played my part, which is good,” said Kelly recently.

He more than played his part.

Claiming the first USL Golden Boot of his career with a league-leading 18 goals, his second All-League First Team selection, a first call-up to the Jamaican national team and the 2017 USL Most Valuable Player award, the 26-year-old put together a signature season to help 1868 FC arrive in the USL with a splash.

Having entered the season as the leading scorer in the USL’s modern era, Kelly’s 18 goals vaulted him past 60 regular-season goals for his career. A big chunk of those came in a six-game scoring streak that saw Kelly become the first player in modern USL history to notch a hat trick in back-to-back games, a spell that also helped kick-start 1868 FC after a tough opening to its inaugural year.

“Honestly, I was just doing my part,” said Kelly. “With the help of my teammates, they made the job easier for me, but I was pretty confident during that time, and I wasn’t focusing on anything else but my team getting the win. That was the most important thing for me during that time.”

Those performances earned Kelly May’s USL Player of the Month award and also started turning heads further afield. Uncapped by his native Jamaica at any level, Kelly earned his first call-up to the Reggae Boyz in September, as he made his international debut against Canada.

After the success of other USL players for Jamaica at the 2017 CONCACAF Gold Cup, Kelly was glad for the opportunity to make his case for international duty.

“It was a feeling like I can’t even describe,” he said. “I was too happy to go with the national team to Canada. I went in there and did my part, the coach told me I did good, I had a good game, but it was definitely a good feeling knowing that I finally got the chance to represent my country.”

What has made Kelly an attacking threat year in, year out has been the range he can provide offensively. His first season in Reno mirrored aspects of his previous stints with the Charleston Battery and Swope Park Rangers, which saw Kelly not only able to use his speed to get in behind defenders but also square up one-on-one and even fire home from distance.

While he may not be dominant throughout the entire 90 minutes, the fact that he’s a player you can count on to deliver when the time comes is big for his teammates.

“He’s a clinical finisher,” said 1868 FC midfielder Chris Wehan. “Sometimes, he would drift in and out of games, but whenever the ball would fall to him in the box, he would finish it. There wasn’t a game we went into where we didn’t know if we were going to score. Having that on the field was something that kind of intimidated opponents from the start of the game, and we were tough on teams from the start, and it would take one chance and more often than not, Dane was finishing it.” 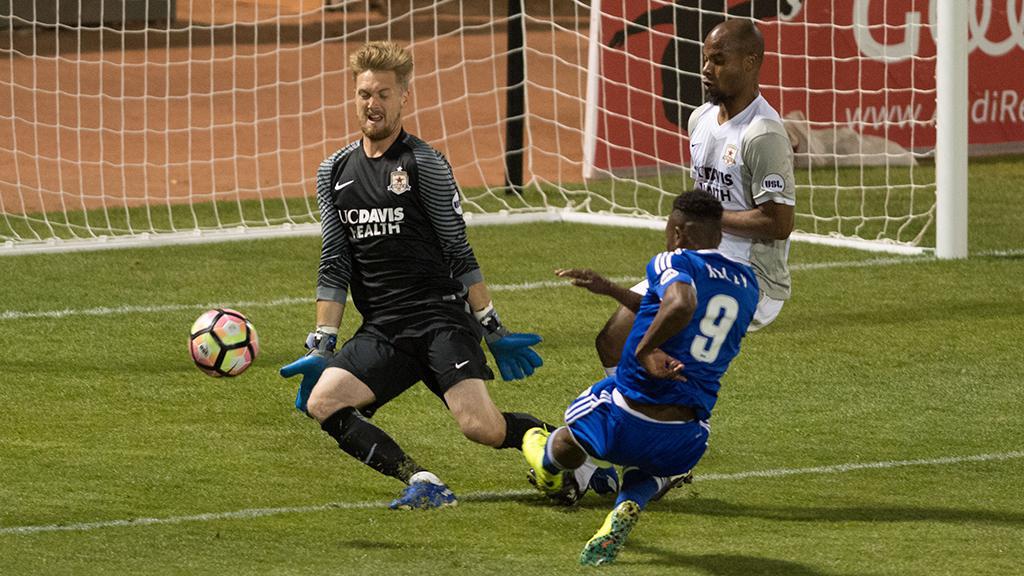 Kelly’s scoring touch, say nothing of the team as a whole, made 1868 FC a hit in downtown Reno. The club’s rise throughout the season, which included a 13-game undefeated streak at Greater Nevada Field that carried almost to the end of the regular season, saw the city embrace its new team and the team embrace the culture that grew within the locker room.

“It was great,” said Kelly. “That gave us a balance and confidence knowing that we had a whole city behind us, backing us whether we lose or win. I think the players, as well, they were so humble and hungry to get results, which is good. You want players like that in the team.”

After the success 1868 FC and Kelly found in year one, the Jamaican can reflect on a job well done after the best season of his career to date.

“I’m very, very proud,” said Kelly. “This is my best USL year, so I’m very proud of what I accomplished.”