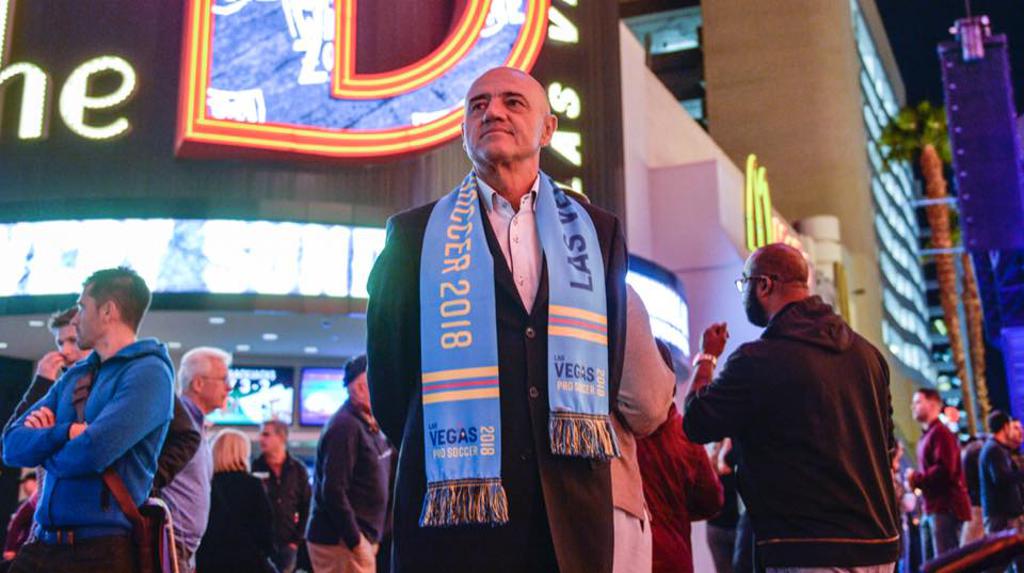 LAS VEGAS – One theme that has been stated again, and again by the Las Vegas Lights FC owner, Brett Lashbrook is that the 2018 USL expansion club will be of Las Vegas and from Las Vegas. That message was echoed this week by the first Head Coach for Lights FC Jose Luis Sanchez Sola, better known as “Chelis” who has promised to bring in a team with Las Vegas-based players.

Being unveiled to the media and the public on Tuesday, Chelis made numerous key promises about the shape of his team, with one being that he will seek to bring local players in to give a strong local flavor to the Lights when they kick off in March 2018.

Whether the players of Las Vegas do smell differently, it is a lofty promise from Chelis with just one current professional soccer players coming from the Las Vegas area, Minnesota United goalkeeper Andrew Fontein the only active professional.

Like many cities, Las Vegas has a wide range of soccer experiences for players and now with a professional team to head up the soccer experience in the city Lights FC could well be a uniting force in Las Vegas soccer. That would be boosted by bringing in local players, establishing a clear pathway to the professional ranks for the city's players.

With such a wide variety of soccer experiences of players in Las Vegas, Chelis will need to be inventive in how he finds the players to form this inaugural squad. In addition to his contacts within the soccer community, the club's ability to scout local soccer in the USL offseason will be a key to delivering a squad that has a local feel and a competitive edge.

While the team will come from all over the country, and even the world, much like the population of the city of Las Vegas, Chelis is looking to do everything in his power to make sure this team has the look and feel that local fans will embrace.