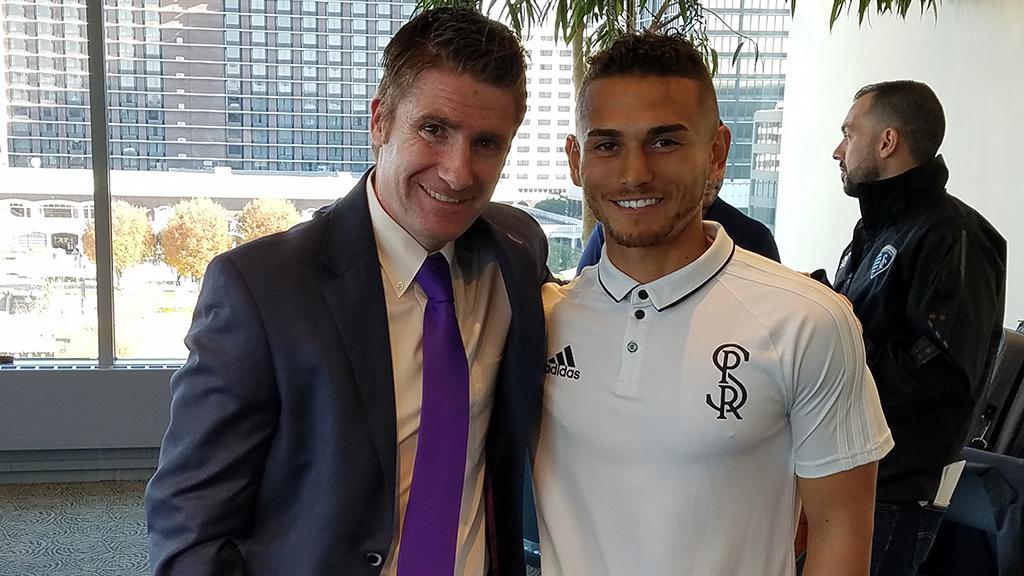 LOUISVILLE, Ky. – Not long after being selected in the 2013 MLS Supplemental Draft by his hometown club, Sporting Kansas City, Christian Duke arrived in Orlando, one of four players sent on loan to Orlando City SC under the new partnership between the clubs that underpinned the partnership between Major League Soccer and the USL that began that year.

Very quickly, he had an admirer in Orlando’s ranks.

“I loved his attitude,” said former Orlando City SC player and current Louisville City FC Head Coach James O’Connor. “Fantastic attitude, always wanting to get better. Good player, good receiving skills, technically very sound, did his work in the gym, so after about three or four days he was one I had a lot of respect for.”

That quickly-earned respect has developed into a strong bond between Duke and O’Connor that has continued long after the championship-winning season they spent together in Orlando. Playing the same position as holding midfielders, O’Connor’s influence on the then 22-year-old Duke was one that the current Swope Park Rangers captain carried forward with him through his career since.

“It was actually a very humbling experience to be playing alongside him in my first year, coming out of college into a professional environment, because he had a lot of experience and showed me the ropes and guided me through my first season at Orlando,” said Duke. “He wants the best out of everybody, and it’s a situation where he has expectations of himself and expects other players to do the same. It motivated me day-in and day-out to be the best that I could.” 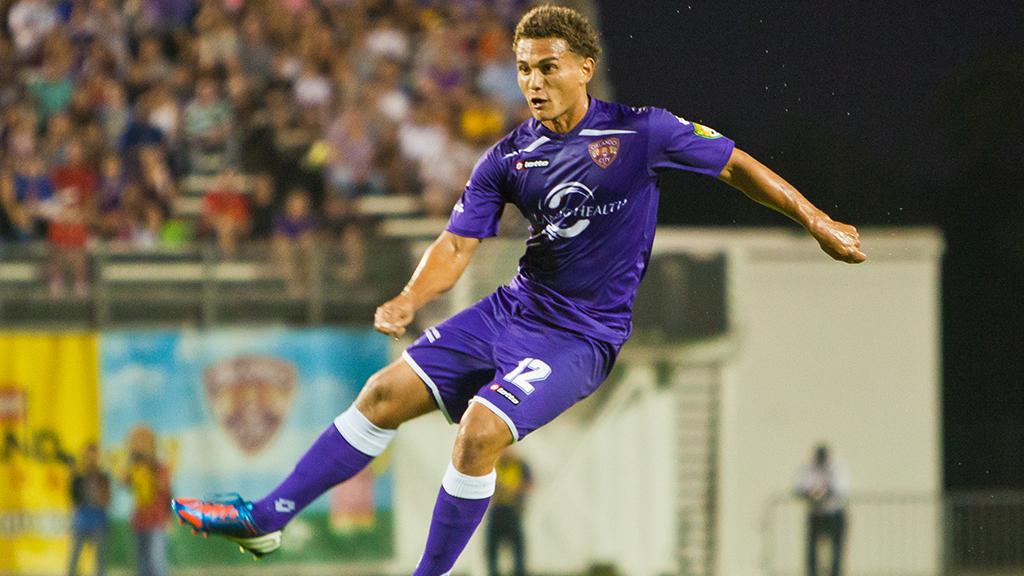 Duke made 21 appearances in the regular season for Orlando, while O’Connor played 19 times as he made the steps toward his current position in Louisville, serving as an assistant coach to Adrian Heath for the Lions as his playing days wound down. Both were in the starting lineup when Orlando claimed the 2013 USL Cup in a remarkable 7-4 victory against the Charlotte Eagles before 20,886 fans at the Florida Citrus Bowl.

On Monday night they’ll be on opposite sides as O’Connor’s Louisville side hosts Duke’s Swope Park Rangers in the 2017 USL Cup at Slugger Field (9 p.m. ET | ESPNU). The success that O’Connor has brought to Louisville since moving into the head coaching ranks has been no surprise to Duke.

“It was almost a natural transition for him because he did such a good job leading on the field as a player,” said Duke. “It’s in his character and DNA to be a leader. It’s something that he thrives off, leading other people, and his tactical awareness and his ability to coach guys is fantastic.”

O’Connor has watched the Rangers regularly too this season thanks to Duke’s presence. The mentoring role that the 38-year-old has imprinted in his personality has seen him follow all the players that arrived on loan with Orlando that season, and many others who have come and gone throughout his career as he keeps tabs on what players are up to either close to home in USL and MLS or further afield.

“That particular group there was Dukey and there was Dom [Dwyer] and Yann Songo’o and Kempy [LA Galaxy goalkeeper Jon Kempin], they were the four guys that came to us from Kansas, all really good guys,” said O’Connor. “Anyone I’ve ever played with I’ve always kept a look on their careers, what they’re doing, how they’re progressing. Dom obviously went from strength to strength and the same for Kempy, same for Dukey and Songo’o went over to Blackburn initially, and now he’s down at Plymouth, so a lot of the guys I’ve played with or had connections with, I always try to keep up with their careers and how they’re developing.” 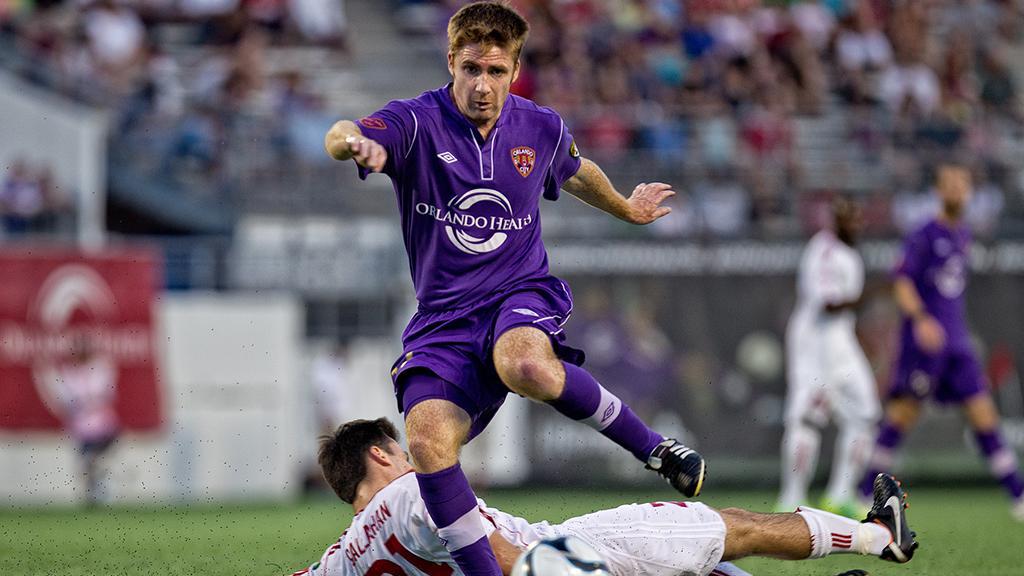 As a result, O’Connor has watched plenty of Swope Park’s games this season, and remains full of praise for his former protégé.

“He’s developed well,” said O’Connor. “I think you can see his game has come on, I think he’s starting to show some leadership as well, so I think over the last few years he can be very happy with his progress, he just needs to be given that opportunity at the next level.”

The leadership that O’Connor brought to Duke and the young players in Orlando four years ago is now a responsibility that Duke is carrying with the Rangers. One of the veterans on a team that also includes 19-year-olds Felipe Hernandez and Wan Kuzain in the midfield contingent, passing on the lessons he has learned as a professional has been rewarding for Duke.

“It’s fantastic because I’ve been in their position and I know what it’s like to be a young guy on the team,” said Duke. “Being able to try and better them only betters yourself, and being a leader on this team, I’m just out there doing what I do best and being available for other guys and helping them find their way.” 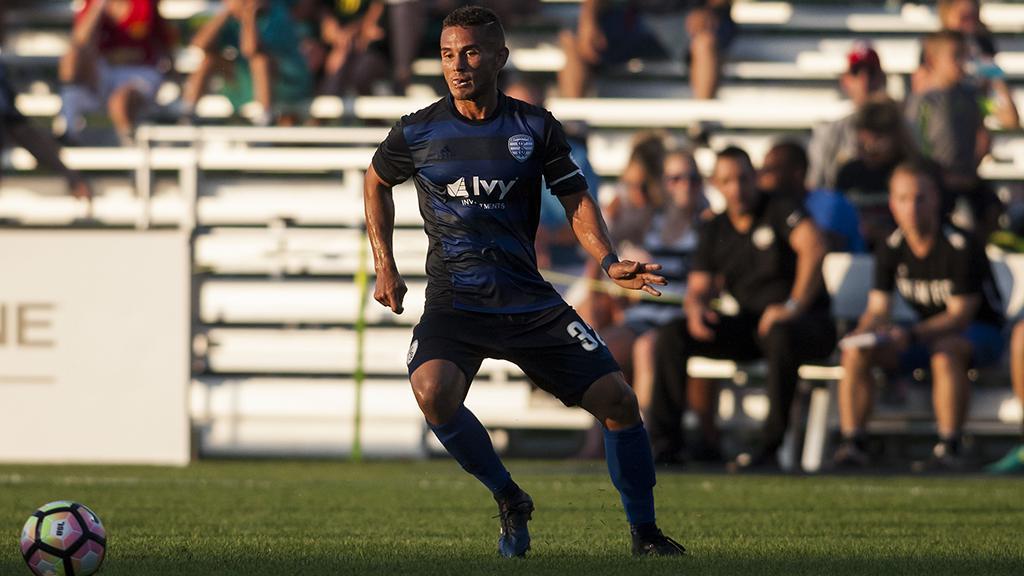 With Duke and the Rangers looking to avenge last year’s loss in the USL Cup to the New York Red Bulls II, and Louisville aiming to bring a championship to what is expected to be a sellout crowd, the friendship the two have developed will pause for 90 minutes on Monday night.

“You can see from Christian, he’s speaking about the pain of last year and they’ve had a phenomenal year,” said O’Connor. “From their standpoint, coming in they’ve got a lot of experience of the USL Cup but for us we’re obviously desperate to give them a good run for their money.”

Once the game is over, though, it’s almost certain the two will find each other on the pitch at Slugger Field to congratulate one another on another excellent year for both.