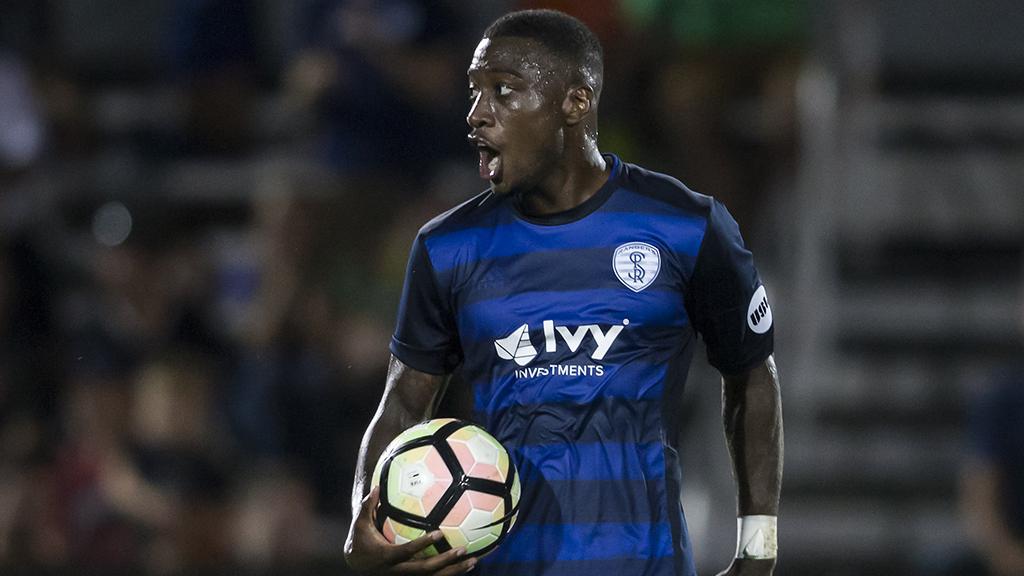 KANSAS CITY, Kan. – If there’s one man that has been key for the Swope Park Rangers on their run to the 2017 USL Cup it has been leading scorer Kharlton Belmar. With 14 goals in the regular season and another in the 2017 USL Cup Playoffs, Belmar has added attacking strength to a team making its second consecutive USL Cup appearance when it takes on Louisville City FC on Monday night at Slugger Field (9 p.m. ET | Preview).

This season, his third in the professional ranks, was Belmar’s most productive, improving on his 12-goal season in 2015 that earned him the USL Rookie of the Year award with the Portland Timbers 2. Now in his first postseason, a USL Cup win on Monday would be the perfect cap to his impressive year.

“It would be awesome, it’s been a really productive year for me after a down year last year so to be able to come back and play well and help the team along to a championship would be massive, and a great reward for all the hard work,” said Belmar.

That down year in 2016 makes Belmar’s performance this year all the more impressive, after ending his two-year stint with T2 frustrated, scoring just three goals in the regular season as the side missed out narrowly on a playoff berth. The offseason saw Belmar reassess himself, and ended with him moving to the Rangers. The move, along with his work to add to his game, changed his outlook and helped lead to a string of strong performances in 2017.

“I definitely tried to learn what I could from the end of last year and take all of my experiences from my prior two seasons and went into the offseason hungry and ready to get back into work, so I put a lot of work in, on and off the field to make sure I was ready to go from there for this season,” said Belmar. “Knowing that I was coming into a team that had just made a USL Cup run I knew expectations were going to be high so I made sure I took care of everything I needed to take care of and came in trying to play the best soccer that I could.” 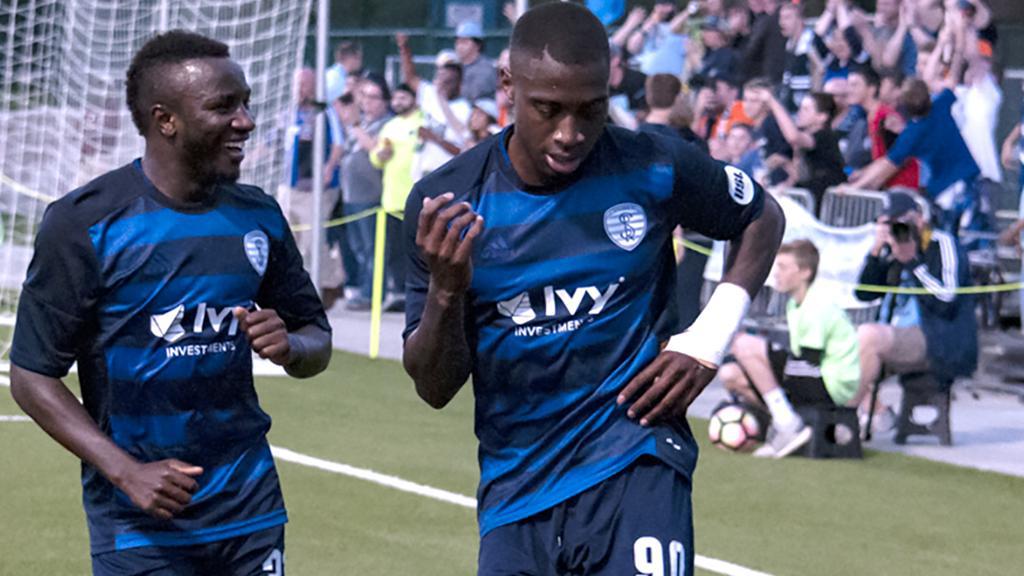 Swope Park's change in style from a season ago has also played into Belmar's success. Teaming up with a potent attacking group that has also included Nansel Selbol and fellow offseason addition Lebo Moloto, Belmar gives plenty of credit to his teammates and to the Rangers coaching staff led by new Head Coach Nikola Popovic, whose side scored 10 more goals in the regular season in 2017 compared to a year ago.

“I definitely tried to take advantage of all the different things that the coaching staff wanted me to implement into my game, just with positioning, putting myself in the right spots, in and around the goal” said Belmar. “That was something that we worked hard on in preseason along with the chemistry of the team and that allowed me to find myself in dangerous positions to sneak goals in and grab goals when I can. That was something that we really practiced in preseason and it’s paying off. I feel like every goal I’ve scored has been close to something we’ve worked on at the training ground.”

Belmar's performance not only helped the Rangers succeed, but also established himself as potentially a player to watch in Major League Soccer in 2018. Signed to an MLS deal midseason alongside fellow Swope Park standing Kevin Oliveira, the potential that made Belmar the No. 34 pick in the 2015 MLS SuperDraft after being named to the 2014 PDL All-Western Conference Team for the Portland Timbers U-23s is clearly coming to the surface.

For now, Belmar is focused on driving the Rangers to a championship. After scoring his first postseason goal two weeks ago to send Swope Park past Sacramento Republic FC in the Western Conference Semifinals, the 24-year-old was in a golden position to win the Western Conference Final for the Rangers against OKC Energy FC this past Saturday night. Played in on goal in the 118th minute, his shot went agonizingly wide, sending the match to a penalty shootout.

Belmar's resilience, learned after his reflection on 2016 and his move to Swope Park that lead to his rebound season, then came to the fore. Just as he'd done in the Rangers' Western Conference Quarterfinal victory against Phoenix Rising FC, he came through with a vital goal in the penalty shootout as the Rangers advanced 7-6 after 11 enthralling round against Energy FC.

“To be honest, I thought the ball was going into the back of the net and I was super surprised to see it roll wide, so it was a little nerve wracking at first,” said Belmar of his chance in extra time against Energy FC. “It’s something that you learn throughout your career though, you just move on to the next play and I have to thank all my teammates who came up to me afterward and told me to move on, because it was a little nerve-wracking at that point. That’s just the game though, you have to move on and catch the next moment and fortunately I put my PK away to ease the nerves there.”

As the biggest attacking weapon in the Rangers' array of talent, Belmar may well be the goal-scoring threat Swope Park needs to push the club on to lifting the USL Cup on Monday night.