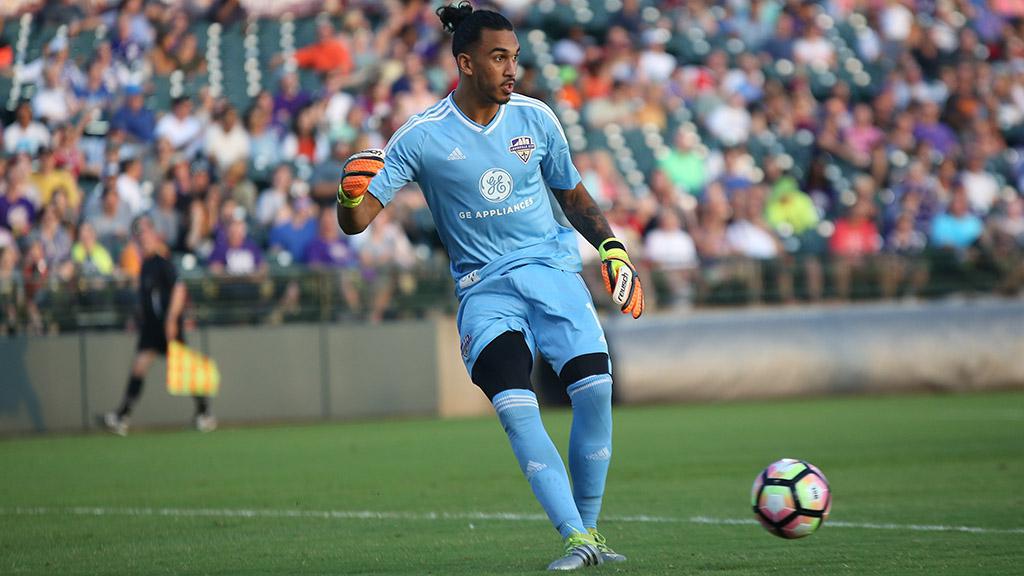 Ranjitsingh took center stage for Louisville on Saturday night, recording a pair of saves in the penalty shootout victory that earned City its first Eastern Conference Championship and the opportunity to host this year’s USL Cup at Slugger Field.

“Delighted,” said O’Connor. “I think for us, you saw his contribution on Saturday. It was a helluva save from the free kick and the two penalties was great. I’ve said many times I’ve got tremendous belief in Greg, so I’m obviously delighted he’s chosen to play for us, which if I’m being honest, I don’t think there was a doubt. I know what it means to Greg, so now we’ve got there I didn’t think for a minute he wouldn’t be playing.”

Louisville will welcome Western Conference champion the Swope Park Rangers for next Monday night’s game, with the Rangers having earned their second consecutive trip to USL Cup after a similarly tense penalty shootout on Saturday night. Swope Park’s defeat last season to the New York Red Bulls II is likely to be a major motivation for this year’s contest, something O’Connor believes his side will need to be aware of.

“I think for them, it’ll bring a lot of memories,” said O’Connor. “Having gone through disappointment ourselves in the first couple of years, I know that is used to try to motivate, and I’m sure that’s the same for them. I’ve seen a couple of quotes where there’s obviously a desperation on their behalf to make sure that doesn’t happen again. We need to be very mindful of that, but we can’t really control a whole lot of what they do and how they prepare. We need to get a good solid week of training into us, we need to make sure we focus on the things we need to focus on.”

Louisville’s opportunity to host the USL Cup should play into its advantage, though. Historically, success has been on the side of the home team, and with Louisville’s support among the strongest in the USL this season another big crowd should be on hand. The connection the side with the Louisville community has been a major factor for the side, which has an undefeated home record in its postseason history.

“I think there’s a real sense of family,” said O’Connor. “When you look at Louisville City, when you look at our supporters, I think there’s a real camaraderie among the players, the supporters, the coaches, so for us, we feel we’re representing the city, and we have done probably since our existence. I think we have tried to make sure our players are great role models within the community, and I think our guys do so much within the community to try to give back.

“When you have a lot of that connection, I think there’s a natural sort of feeling you want to go out and do well for everyone who’s connected with the club, but also the supporters. Certainly, from my standpoint, we’ve got neighbors who are all really big supporters. My children’s friends are all really big supporters, so when you get that kind of emotional bond with people I think you have a sense to certainly go out and try to make sure you perform and try to win and do they very best you can.”