Made more than 150 regular-season appearances in seven seasons 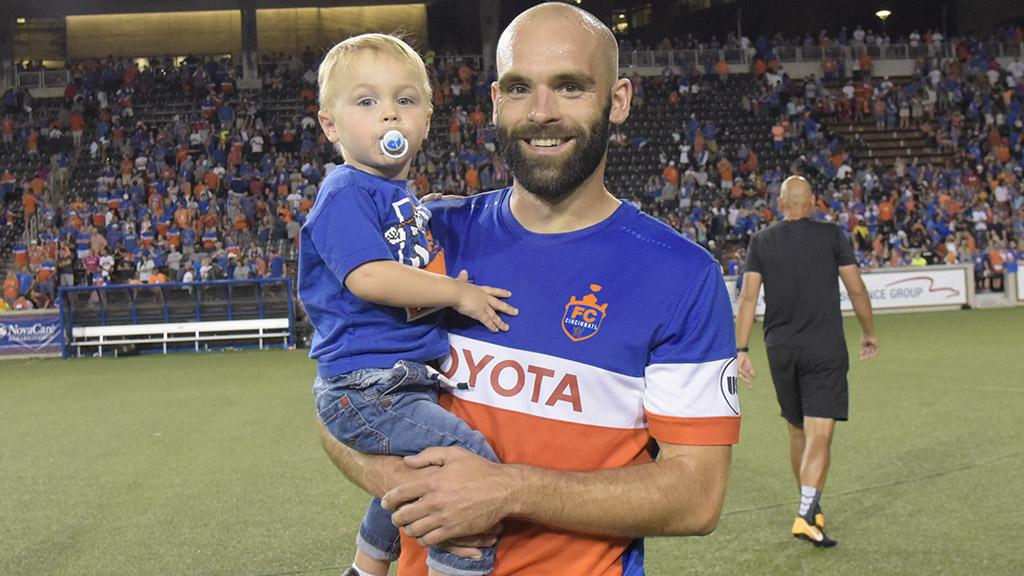 CINCINNATI – Veteran USL midfielder Paul Nicholson, who made more than 150 regular-season appearances over the past seven seasons, has announced his retirement from professional soccer.

Most recently a member of FC Cincinnati, where he was an inaugural signing for the club, the midfielder from Whitehaven, England, made 153 regular-season appearances in the USL, and was part of the Wilmington Hammerheads FC side that reached the USL Cup in 2012.

“Paul was well-respected in the locker room and he will be missed,” said FC Cincinnati President Jeff Berding. “He was an original member of our franchise and we thank him for his hard work on the field and for being a great ambassador for FCC off the pitch. Paul has been mentoring youth soccer players since he moved to Cincinnati and we wish him well in his coaching career.”

A strong holding midfielder, Nicholson made 35 appearances for FC Cincinnati over the past two seasons after playing five seasons for the Hammerheads. Before turning professional after his college career at Rio Grande Valley University, Nicholson played in the Premier Development League for GPS Portland Phoenix and the West Virginia Chaos.