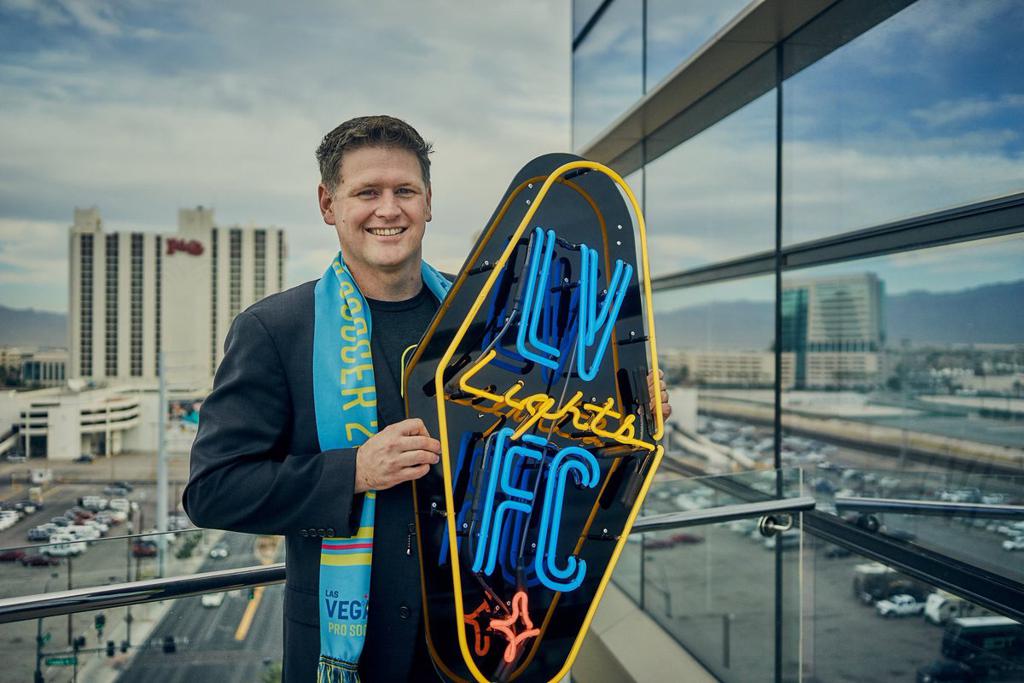 LAS VEGAS – After recently revealing the Las Vegas Lights FC logo, founder and owner Brett Lashbrook has looked forward to the future of the 2018 expansion USL club. Speaking in an interview on the Free Kicks Report podcast, Lashbrook teased upcoming announcements, and spoke about the community in Las Vegas as the excitement for city's professional soccer team builds.

“We have several exciting announcements coming up in the coming weeks for us from coaching staff, to big sponsors, to MLS preseason matches, to a variety of other initiatives we’ll be doing related to our roster,” said Lashbrook.

With experience in starting a club at former USL club Orlando City SC, Lashbrook has been able to engage local businesses as he works on those sponsorship deals.

“I don’t want to give too much away, they’re both working simultaneously and I’m excited for both of them,” said Lashbrook. “I’ve done this now a handful of times in different markets but you never quite know how the business community is going to react is it going to be more of ‘that’s great but you’re talking the talk, once you’re walking the walk come back’ or if they understand what you are doing straight away, and thankfully here it’s been the latter.

“We can point to these success stories in the USL, like Sacramento, Louisville, and Cincinnati, so the community here understands what it is that we are building and immediately stepped forward and said we want to be part of that.”

It may sound obvious, but Lashbrook is well aware that Orlando is not Las Vegas, and is actively seeking to make the Lights a representation of the culture it inhabits. That has been clearly seen in the logo of the team, which is both uniquely Las Vegas and uniquely soccer.

Carrying that two-pronged attitude forward is something Lashbrook believes will mesh the new club into its local community in the way other recent arrivals in the USL have managed.

“I’m a big believer that teams should reflect their communities,” said Lashbrook. "When you think of Las Vegas it’s fun, glitz, glamor, diversity and I think that’s going to be represented in our marketing, in our free jerseys, in our pricing, and in our in stadium atmosphere so we’re excited about it.”

Enhancing the club's season-ticket packages with the inclusion of a Lights jersey forms part of a competitive pricing plan. The goal for Lashbrook is to make sure that the pricing both to attend games and purchase club merchandise will make the club as accessible as possible to fans in Las Vegas as they make plans to become regulars at Cashman Field starting next spring.

“What I’m most excited about is that we’re trying to make this as affordable as possible,” said Lashbrook. “We’re selling season tickets, that’s 20-plus matches, for $200 and a free Lights jersey so our view is that we have this great opportunity with this sport, and this market. We want to make this as affordable as possible for everyone and so there’s not many teams that would have such low prices, and include a free jersey, and include all the exhibition matches and U.S. Open Cup matches.”

The Lights will kick off their inaugural season in the USL in March, 2018 at Cashman Field in in downtown Las Vegas, and are currently taking $20 deposits for season tickets at LasVegasLightsFC.com or by calling (702) 728-4625.