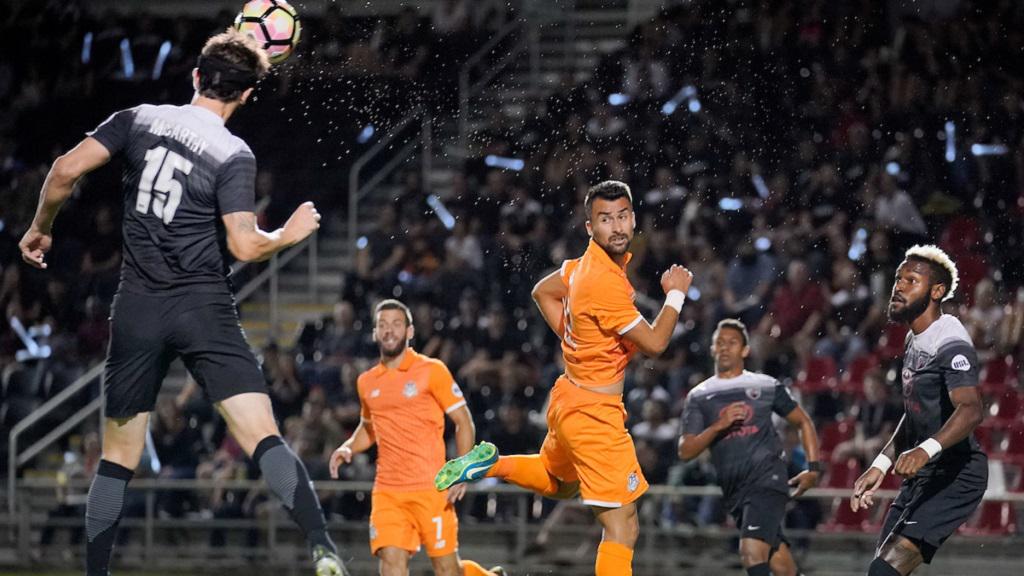 SAN ANTONIO – In a battle of USL Cup Playoffs debutants the No. 2-seed San Antonio FC survived a scare to manage a late 2-1 win over the No. 7-seed Tulsa Roughnecks FC in the Western Conference Quarterfinals in front of 7,019 at Toyota Field on Saturday night. San Antonio FC conceded the opener in the 23rd minute after it could only half-clear a free kick and the ball fell to the Roughnecks' Paris Gee, who hit an absolute belter of a shot into the top-right corner, leaving SAFC goalkeeper Diego Restrepo with no chance as Tulsa opened the scoring. After going behind SAFC went on the attack, constantly peppering the Tulsa net with chances. In the 35th minute San Antonio's all-time leading scorer Billy Forbes found space and shot only for his effort to cannon back off the crossbar. San Antonio thought it had equalized in the 40th minute as Ever Guzman had the ball in the back of the net from a Stephen McCarthy header but the goal was disallowed as McCarthy used his arms just a little too much on the play. San Antonio kept the pressure going in the second half, and the goal finally came in the 61st minute as Cesar Elizondo was able to subtly redirect Omar Gordon’s shot with his foot, sending it past Roughnecks goalkeeper Fabian Cerda and into the back of the net. After the equalizer, Tulsa came into the match more as it tried to find a goal to restore its lead, but SAFC maintained control of the match for the most part. With 10 minutes to play the Roughnecks went agonizingly close to stealing the win as Joaquin Rivas made a strong run into the penalty area from the wing only for McCarthy to deflect the ball out for a corner on Tulsa’s best chance since the opener. In the second minute of stoppage time a San Antonio counterattack saw Forbes draw a penalty kick after heavy contact just inside the area which allowed Guzman to step up and fire into the right corner, and send San Antonio through to the Western Conference Semifinals.

Billy Forbes, San Antonio FC – While he may not have got on the score sheet, Forbes was a constant thorn in the side of the Roughnecks' defense all night, completing 76.9 percent of his passes and earning the penalty kick at the death to win the match.