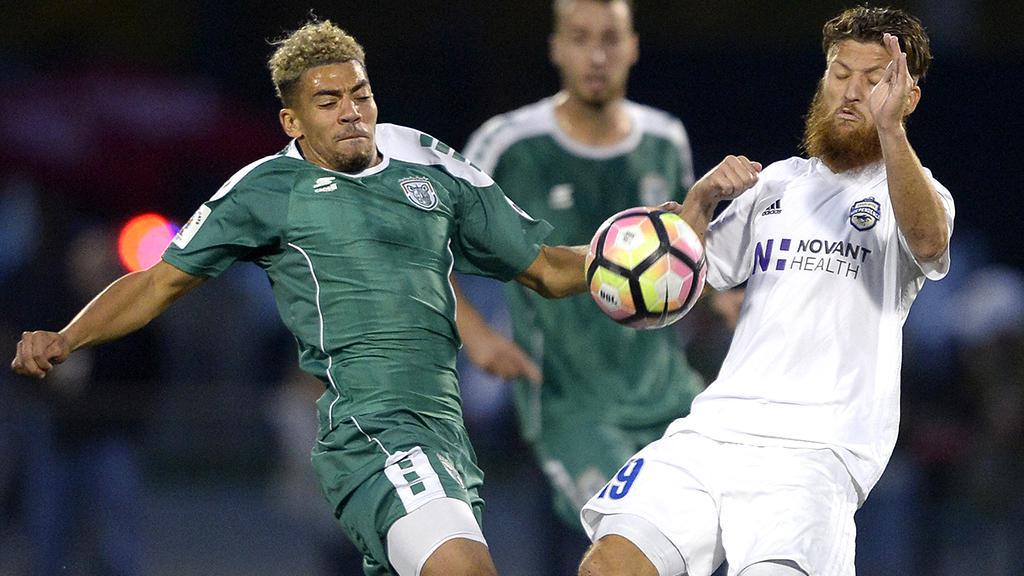 ROCHESTER, N.Y. – A deflected goal by Stefan Defregger in the 113th minute gave the No. 4-seed Rochester Rhinos a 2-1 victory against the No. 5-seed Charlotte Independence after extra time at Capelli Sport Stadium in the Eastern Conference Quarterfinals on Saturday night. Neither side was able to create a clear chance in the opening period of extra time, but the Rhinos went close as Jordan Dover’s shot from the top of the penalty area was partially deflected, but claimed by Independence goalkeeper Cody Mizell. Rochester took the lead with seven minutes left in extra time, however, as Kenardo Forbes found space 25 yards from goal and fired a low shot that deflected off Defregger’s heel, wrong-footing Mizell, and found the right corner of the net. The Independence’s only good chance of the first half came six minutes in Enzo Martinez created space 25 yards out and flashed a shot just wide of the top-left corner. Rochester began to control the game from then on, and Wal Fall went close with a flicked near-post header in the 31st minute off a cross from the left by Ray Lee. Forbes’ tight-angle shot from the left late in the first half was smothered by Mizell as the game went to the break scoreless, but the Rhinos broke the deadlock in the 53rd minute as a quickly-taken free kick on the left released Lee into space, and his cross to the top of the six-yard area found Graf to head home into the right corner. After threatening little, the Independence leveled on a brilliant goal scored by Martinez, but set up by second-half substitute Jaime Siaj, whose outstanding flick to send Martinez into the penalty provided the magic Charlotte had been missing. That was enough to send the game to extra time, but after little action for either side as a penalty shootout loomed, Defregger’s deflection earned the hosts victory.

Ray Lee, Rochester Rhinos – Lee was consistent throughout down the flank for the Rhinos, providing a fine assist on Graf’s opening goal and creating other chances as Rochester moved on.