Forward notched three goals, one assist as SAFC clinched No. 2 seed in West 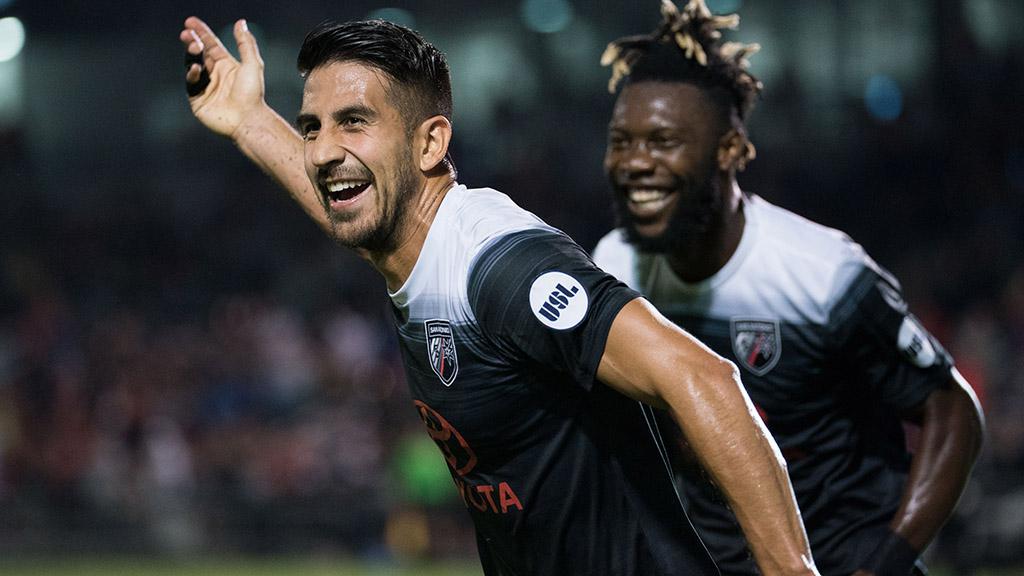 TAMPA, Fla. – San Antonio FC forward Ever Guzman has been voted the USL Player of the Week for the final week of the 2017 regular season. Guzman had three goals and one assist as San Antonio took victories against the Portland Timbers 2 and Rio Grande Valley FC to clinch the No. 2 seed in the upcoming 2017 USL Cup Playoffs. 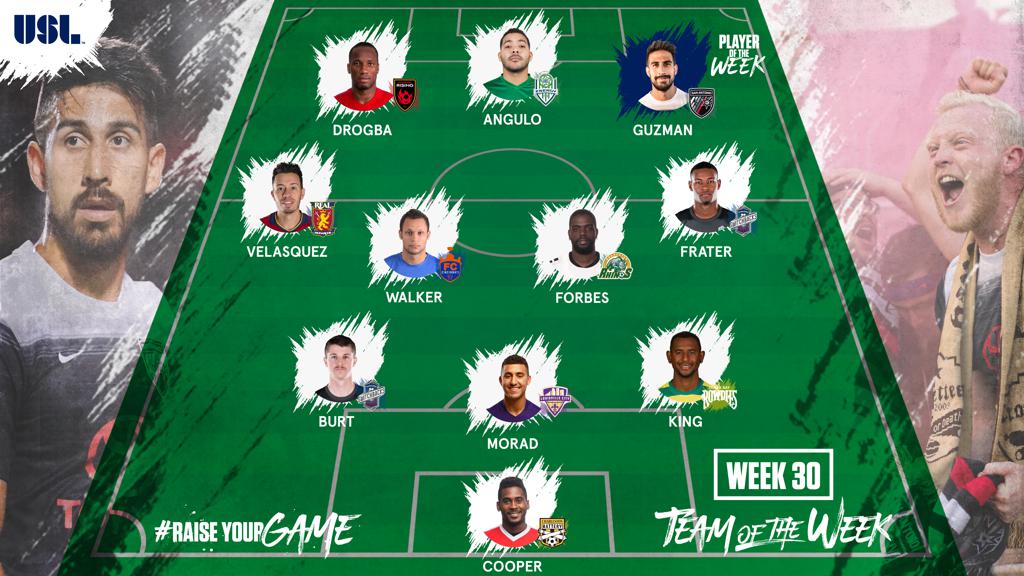 GK – Odisnel Cooper, Charleston Battery: Cooper recorded a four-save shutout to earn the Battery the No. 2 seed in the Eastern Conference with a 1-0 victory on the road in the Southern Derby against the Charlotte Independence.

D – Jordan Burt, Colorado Springs Switchbacks FC: Burt scored a goal either side of halftime to help the Switchbacks rally to a 4-2 victory against Tulsa Roughnecks FC in their final game of the regular season.

D – Tarek Morad, Louisville City FC: Morad scored his first goal of the season and put in a good defensive performance with three tackles and two clearances to help Louisville claim a 3-1 victory against the Richmond Kickers.

M – Sebastian Velasquez, Real Monarchs SLC: Velasquez scored what proved to be the game-winning goal for the Monarchs in a 2-1 win against the LA Galaxy II and completed 43 of 48 passes while winning 6 of 9 duels.

M – Kenardo Forbes, Rochester Rhinos: Forbes recorded a goal and assist, as the Rhinos took a pair of victories over the week to earn the No. 4 seed in the Eastern Conference.

M – Kenney Walker, FC Cincinnati: Walker recorded one goal, one assist and also helped set up the game-winning goal, as Cincinnati rallied to take a 4-3 victory against Toronto FC II on Saturday night and the No. 6 seed in the Eastern Conference.

M – Kevaughn Frater, Colorado Springs Switchbacks FC: Frater scored a pair of goals, including an outstanding free kick, to help the Switchbacks rally to a 4-2 victory against Tulsa Roughnecks FC on Saturday night.

F – Jose Angulo, OKC Energy FC: Angulo had a goal and two assists, as Energy FC ran its winning streak to four games and claimed the No. 6 seed in the Western Conference with a 3-1 victory against Seattle Sounders FC 2 on Sunday night.

F – Didier Drogba, Phoenix Rising FC: Drogba scored an outstanding goal and provided the assist on another by Chris Cortez, as Phoenix closed the regular season with a victory against Portland.

F – Ever Guzman, San Antonio FC: Guzman had three goals and one assist, as SAFC closed out its regular season with two victories to claim the No. 2 seed in the Western Conference for the USL Cup Playoffs.

FOLLOW THE USL
Every game of the 2017 USL Cup Playoffs through the Eastern and Western Conference Finals will be available on the league’s Match Center, with updates from across the league also available via Twitter, Facebook and Instagram.