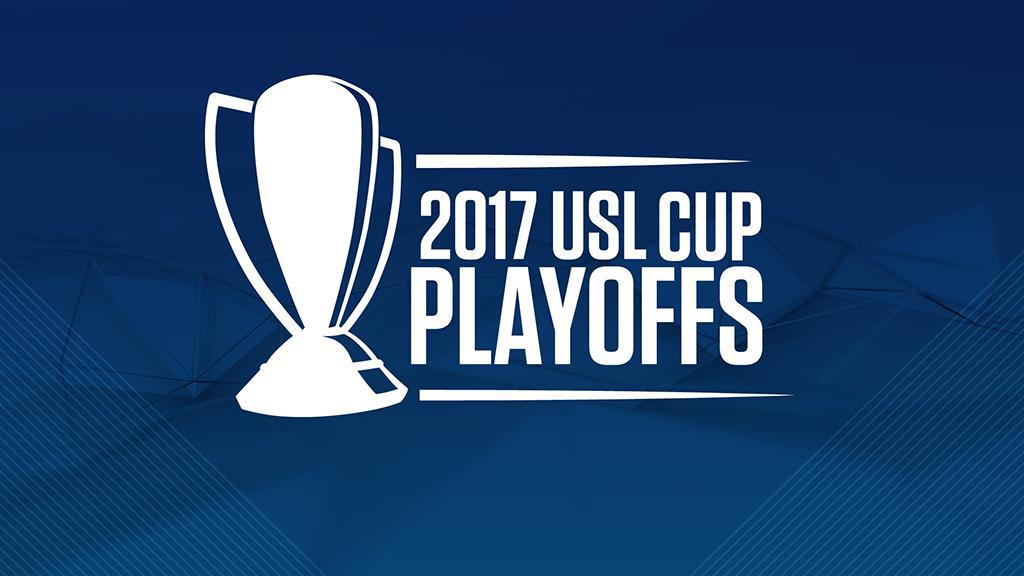 TAMPA, Fla. – The bracket for the 2017 USL Cup Playoffs was unveiled on Sunday evening, with the road to the 2017 USL Cup set to kick off this Friday night as the top two seeds begin their journey to glory as part of a 16-team field that will battle over the next four weekends for the championship.

The Eastern Conference Quarterfinals will kick off on Friday night as No. 1-seed Louisville City FC plays host to No. 8-seed Bethlehem Steel FC at Slugger Field at 7:30 p.m. ET. Having reached the Eastern Conference Final each of its first two seasons, Louisville is the No. 1-seed in the East for the first time in its history, ensuring homefield advantage until at least the USL Cup.

Elsewhere in the Eastern Conference, a rematch from the 2016 USL Cup Playoffs will see the No. 4-seed Rochester Rhinos play host to the No. 5-seed Charlotte Independence on Saturday night at Capelli Sport Stadium. The Rhinos took a 3-1 victory against the Independence a season ago, and the teams ended the regular season moving in opposite directions with Rochester on a three-game winning streak and the Independence on a five-game losing streak.

The Charleston Battery claimed the No. 2-seed after its victory against the Independence, and will host No. 7-seed and defending champion the New York Red Bulls II on Saturday night at MUSC Health Stadium at 7 p.m. ET. The Tampa Bay Rowdies make their USL Cup Playoffs debut as the East’s No. 3-seed, and will host No. 6-seed FC Cincinnati on Saturday night at 7:30 p.m. ET at Al Lang Stadium.

The Western Conference Quarterfinals also kick off on Friday night as 2017 USL Regular Season Champion and overall No. 1-seed Real Monarchs SLC play host to No. 8-seed Sacramento Republic FC at 10 p.m. ET at Rio Tinto Stadium. Making their postseason debut, the Monarchs are looking to become the third consecutive side to complete the double by adding the USL Cup to its regular season title, following the Rochester Rhinos (2015) and New York Red Bulls II (2016).

No. 2-seed San Antonio FC will also make its USL Cup Playoffs debut on Saturday night when it hosts No. 7-seed Tulsa Roughnecks FC at Toyota Field on Saturday night at 8:30 p.m. ET, as will No. 3-seed Reno 1868 FC as the expansion side hosts No. 6-seed OKC Energy FC at 8:45 p.m. ET at Greater Nevada Field.

Defending USL Western Conference-champion the Swope Park Rangers are the No. 4-seed for a second consecutive year, and will begin their pursuit of a return to the USL Cup when they host No. 5-seed Phoenix Rising FC on Saturday night at 8:30 p.m. ET at Children’s Mercy Victory Field.

FOLLOW THE USL
Every game of the 2017 USL Cup Playoffs through the Eastern and Western Conference Finals will be available on the league’s Match Center, with updates from across the league also available via Twitter, Facebook and Instagram. 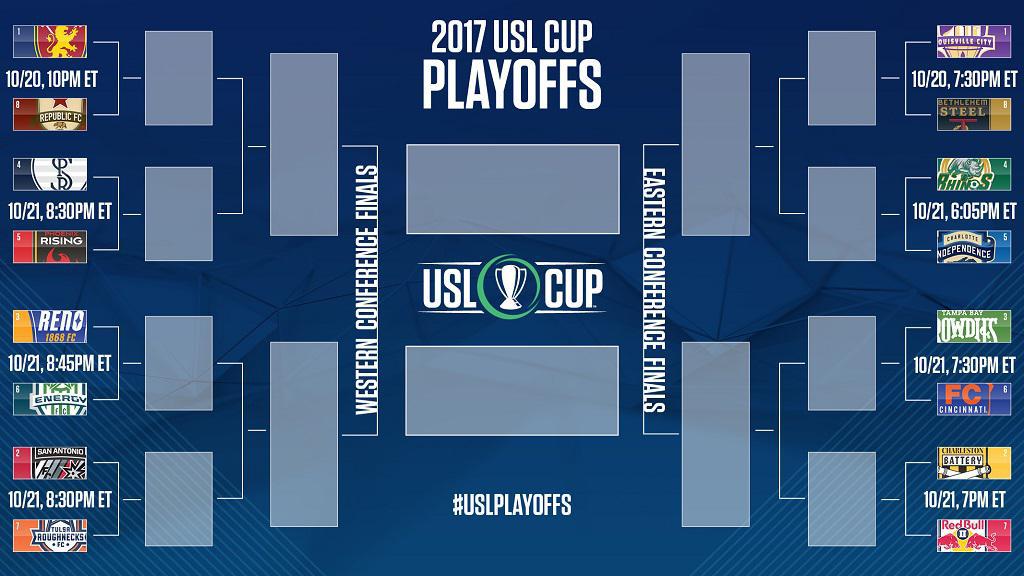