After on-field tranformation, 2018 will bring outstanding venue in Herriman 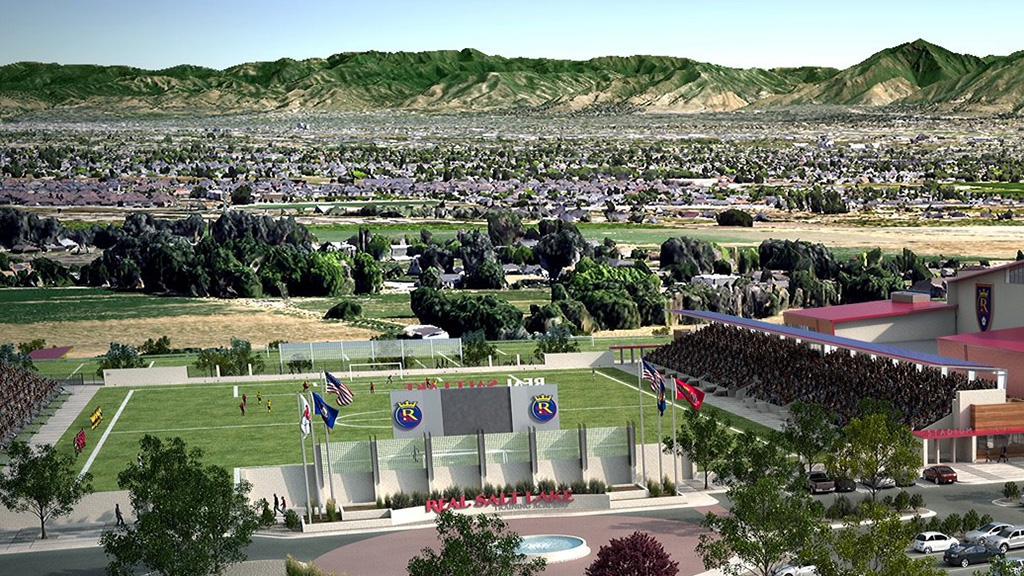 SANDY, Utah – In winning the 2017 USL Regular Season Championship, Real Monarchs SLC set a new standard for the club on the field as it enters the USL Cup Playoffs on a big wave of momentum.

In 2018, that standard will also apply for the Monarchs off the field as the team moves into the sort of home that a champion deserves.

Part of the club's new complex in Herriman, the Monarchs' new 5,000-seat soccer-specific stadium has set expectations about those standards, which will now only increase after a major investment into the organization's infrastructure.

With a new stadium comes a new identity, and for the Monarchs that will mean a home of their own. After spending their first three seasons at Rio Tinto Stadium, the club's new stadium will allow the team to branch out and create an environment of its own. While the trophy was the first to be raised at the RioT, having a 2017 USL Regular Season Championship banner permanently established in the stadium, and the chance to add another in the upcoming USL Cup Playoffs, the Monarchs have a venue to properly celebrate their victories.

“I think it’s going to be special for the Real Monarchs, to have your own stadium, to call a place your home, to know you’re not sharing the field with another team,” said midfielder Sebastian Velasquez.

“I think it’s going to help the guys out a lot, it’s going to be a place that feels like theirs," added Monarchs Assistant GM Dan Egner. "Currently they have to clear out of the locker room here when we have an MLS game so it’s theirs but it’s not fully theirs. When we go to that stadium, that’s built for them, they’ll have their own proper space there.”

The reduced capacity at the new venue is set to be a big plus for the side, with the opportunity to create a much better atmosphere for the devoted fans that have turned out this season. It may not house the crowd of 8,402 the Monarchs drew to this past Saturday's contest as they received the USL Regular Season Championship Shield, the second-highest attendance in club history, but it will allow for a great gameday experience for fans and players alike that will allow the club's season average to rise healthily.

“When you look at the stadium it’s going to be one of the nicest stadiums in this league, it looks like a proper stadium that you’d see in England, in the lower divisions, with a roof on each side and the guys are excited about that,” said Egner. “It’s going to have a more intimate feel, it’s only going to seat 5,000 people, so when you have 4,000 people there, it’s going to feel a lot different to when you have 4,000 people [at Rio Tinto Stadium]. They’ll be able to rally behind it and take advantage of it and are really looking forward to it.”

For forward Chandler Hoffman, that more intimate stadium will make the Monarchs even more difficult to beat at home, an intimidating prospect for USL teams with the Monarchs having only lost one match at home all year.

“It will be great because we’re getting on average 3,000 fans or so and I think it will be even more next year as the Monarchs continue to improve and set the standard in the USL,” said Hoffman. “That kind of intimate stadium will make for a better atmosphere, playing at Rio Tinto has been a big advantage for us this year, with the big field, and with the altitude, teams come in and struggle, especially in the second half so it’s been an amazing season, and next year in Herriman it’s going to be even better for the Monarchs.”

The stadium will add to the list of impressive new facilities that have arrived in the in the USL, following the league-wide initiative began by the league as it pushes toward the end of this decade. This year has seen the league welcome four new soccer-specific stadiums to its group, with Rio Grande Valley FC's H-E-B Park , Orange County SC's Champions Soccer Stadium, the Charlotte Independence's Sportsplex at Matthews and the Phoenix Rising Soccer Complex putting more than half the teams in the USL in soccer-specific venues. Real Salt Lake's Vice President of Soccer Administration, Rob Zarkos, believes the Monarchs' new stadium will be another great addition to the league.

“The Herriman stadium is going to have a capacity of 5,000 and be fully Division II compliant so all the U.S. Soccer regulations will be met," said Zarkos. "We’ll have good crowds [at Rio Tinto Stadium], 3,000, 4,000, 5,000, but because you’re in a 20,000 seat stadium it doesn’t feel as intimate. The fans are awesome and the guys with the drums make a lot of noise, but just having that pressure cooker feel out there is going to be very nice.

"Purpose built for USL it’ll be a fun game experience, it’ll be a nice place for them to have a home field and it’ll be right at the training facility which will be great.” 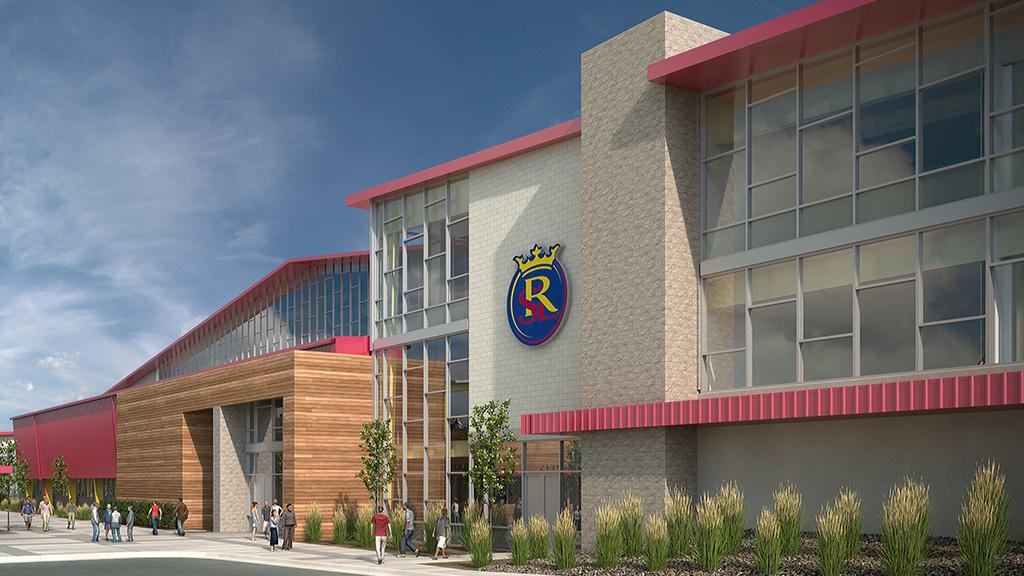 The investment in the new facility, with the stadium as the jewel of that complex, will be a useful tool for the Monarchs to attract even more talent to the team as is looks to build on a phenomenal regular season in 2017.

“I think the facility as a whole is a very big selling point," said Egner. "I’ve been talking to a few agents and a few players already for next year, and when I show them the plans and talk about the facility and tell them – everything about it they’re quite shocked. That goes for domestic players, and players overseas right now. They’re all a little taken aback by what this facility is going to be and the opportunity it’s going to provide for them.

"I have no doubt that any USL team is going to have a better facility than this – and that’s not to knock any other USL team, there’s some great set ups out there that I’ve seen – but this is unlike any other thing in the USL and I think this is going to be a game-changer for us. “

Whether the Monarchs can add a USL Cup to its first silverware in club history in the upcoming USL Cup Playoffs is yet to be seen. The club's future, however, has never appeared brighter.